Solder ’em up Retro Gadgets lets you build your own GameBoy 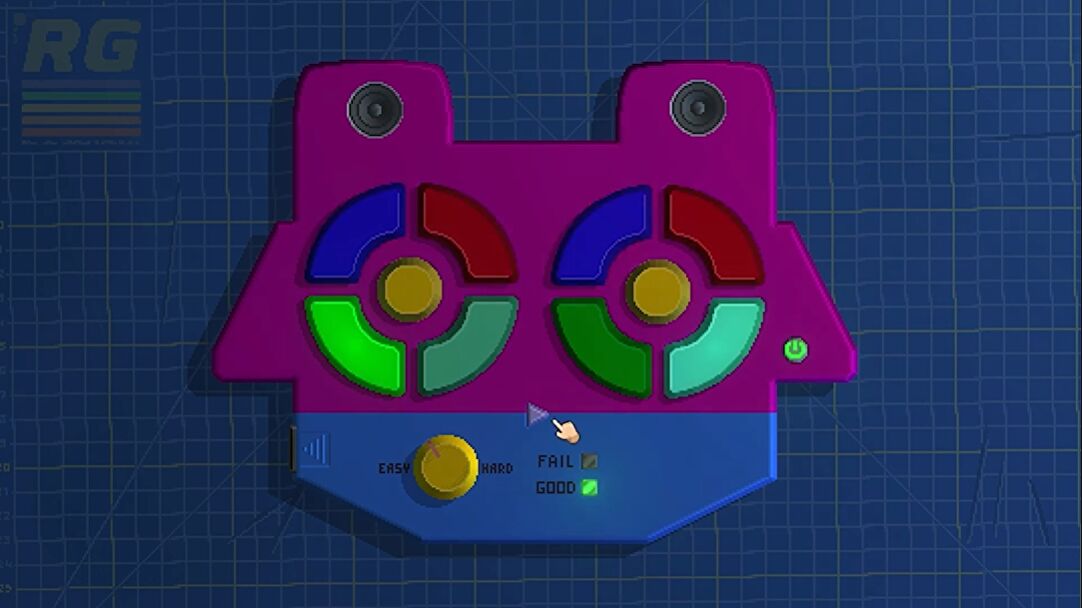 Have you ever wanted to build your own Tiger Electronics handheld? If the answer is “yes”, or even “possibly, why?”, then you might find Retro Gadgets handy when it launches on PC towards the end of the year. It’s a gadget creation station that lets you “invent, build, solder, code and customize” your own electronics. That’s according to Bologna-based devs Evil Licorice, who count amongst them Kingdom co-creator Marco Bancale. Check out the trailer below, and try not to burn yourself with any soldering irons.

You’ll be able to share any gadgets you’ve made with other players through Steam Workshop, but first you’ve got to construct them out of whatever bits and pieces you like. Rummage around in the drawers provided to find circuit boards, joysticks, buttons, and all the other stuff people with their own soldering irons keep laying around. If you spot anything that someone else made and want to know how to make it yourself, then you can download it and pull it apart to reverse-engineer your own version, Evil Licorice say.

If you’ve got any coding chops then you can indulge yourself that way, too. Retro Gadgets incorporates a fully-documented Lua environment. That means you can build and program consoles, weather stations, calculators, and what appears to be a version of the classic memory game Simon. Haven’t seen one of those in yonks. This would all be just a nice diversion except for the option to export your gadget to your desktop. So you can finally have some virtual gadgets laying about on your digital desk.

See also  Disabled Epson printers: Manufacturer responds to criticism of self-repair that is not recommended

Something about Retro Gadgets reminds me of the now defunct Zachtronics. It seems like the sort of thing I’d be entirely rubbish at, but that more capable minds could do wondrous things with. I rewatched the trailer a few times to try to scope out just how many gadgets there were, and was surprised at how much there seems to be for you to do. I particularly enjoy the option to adorn your hand-crafted electronics with totally tubular flame decorations.

Retro gadgets come to Steam in early access later this year. It’s also getting a demo in next week’s Steam Next Fest. I’m probably going to use it to build a Tamagotchi.