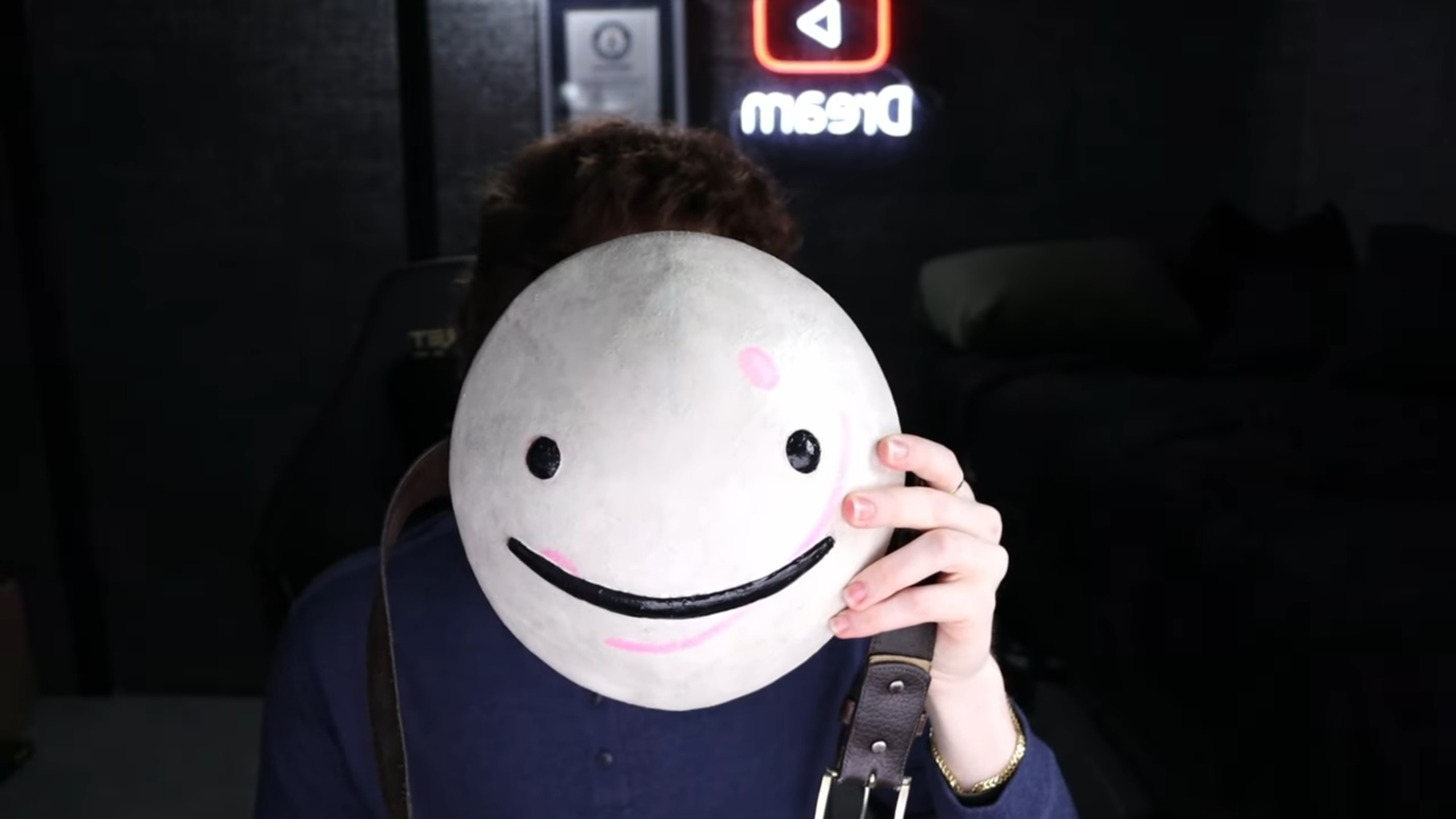 04/10/2022 at 18:21
from Yusuf Hatic –
Youtuber Dream is giving up his anonymity and has published his face in a face reveal after years of masking. The justification and reactions to this also show the downsides of streamer life.

Streamer Dream has been uploading his Minecraft speedruns to YouTube since 2014 and, as the largest channel related to Minecraft, can now look back on more than 30 million subscribers – all without ever showing his face. In the night from Sunday to Monday, however, the time had come: In a widely announced face reveal on the platform, Dream appeared to the public for the first time and gave his motives behind the step.

The announcement itself escalated into a veritable social media campaign on Twitter, in which Dream kept the tension high until the actual Face Reveal, in which Dream also shows his appearance to various colleagues via Facetime for the first time. The reactions to this were, for example, from Marques Brownlee uploaded, which made both streamers go viral straight away. All of this culminated in the YouTube video shown, which collected more than 27 million views within 24 hours and also dominated the platform trends.

Dream, who is a 23-year-old American named Clay in real life, gave the reason that he no longer wanted to lead his life “locked up in a bunker”. Instead, Dream wants to be able to lead his life without having to constantly worry about any leaks. These could be found in abundance over the last few years, which were fake images or false statements in order to troll and expose the thoroughly controversial Youtuber.

One of the biggest controversies is undoubtedly the fake Speedrun Dreams, which in 2020 almost single-handedly made Minecraft by far the most-watched game on YouTube. In this speedrun where players try to defeat the ender dragon as fast as possible in Minecraft, after several months of discussion and falsification, Dream admitted that he used an unauthorized mod that was causing item drop rates for important and rare items to become noticeable pulled up. The streamer was thus able to gain an illegal advantage in the sense of speed runs.

Not least because of this, Dream is regularly the center of attention within the Minecraft community and has accordingly become a target for trolls as well as hate and threatening letters. The current Face Reveal also calls the toxic part of the players on the plan: The topic is currently trending on Twitter #dreamfacerevealunder which insults and discrediting can be found to a large extent.