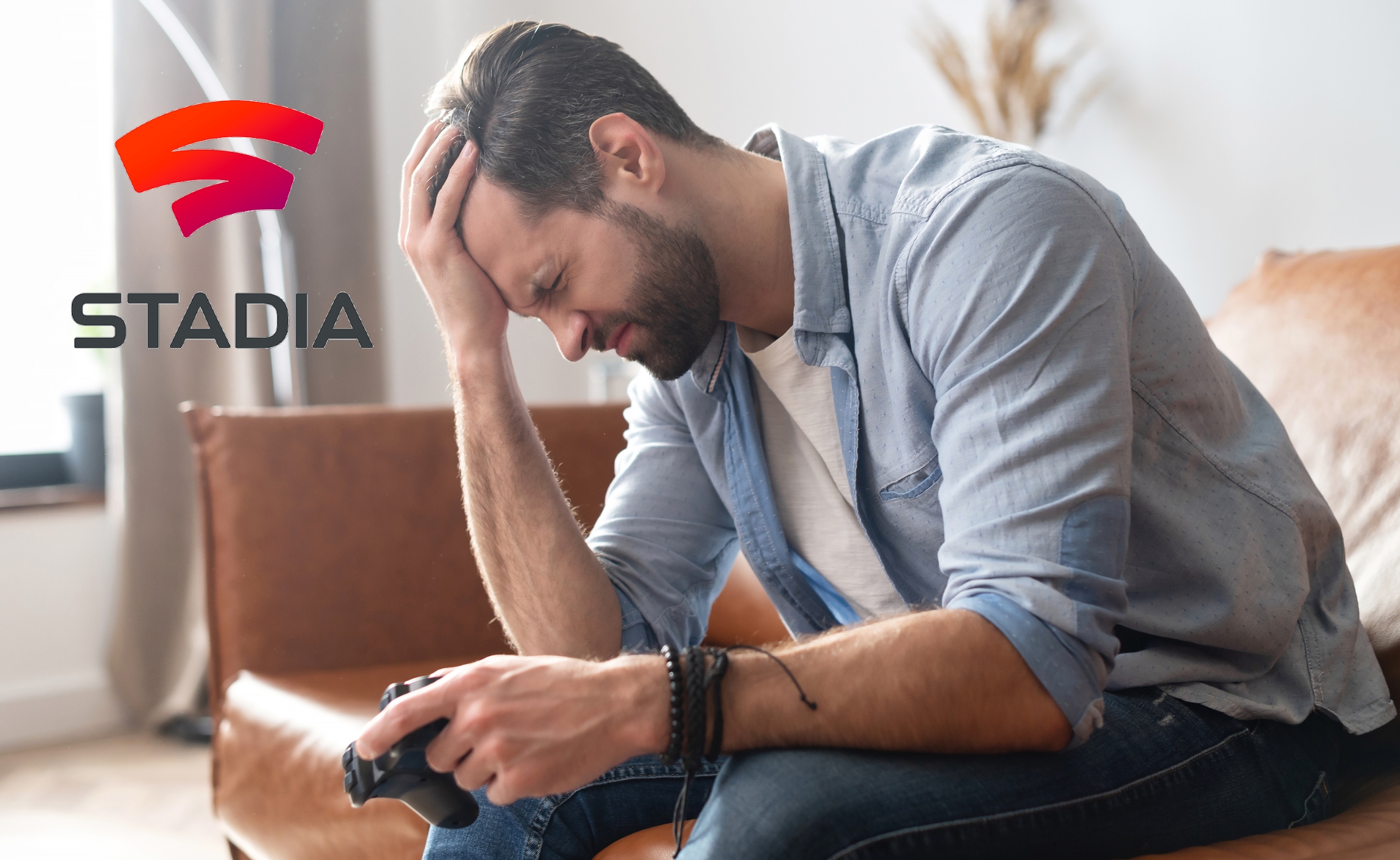 Stadia has ceased to exist. Like a cloud dispersed by the wind, all its contents have vanished. And that exposes the worst side of streaming.

By surprise and without warning Stadiathe cloud gaming platform of Google, has closed its doors. It was going to revolutionize video games and take over the world, but a disastrous marketing policy, and a head-on blow against the wall of reality, have ended in closure.

The Stadia service had everything to impose the game in the cloud, started by Google’s money and the power of its servers. But his failure shows two things. First of In video games, technology is not enough. You need your own studies and agreements with important companies.

And second, that Internet connections are one thing in Silicon Valley, and quite another in the rest of the world. Most have limited or capacious connections.

The closure of Stadia: the dramatic consequences

Other video game platforms, and dozens of consoles, have disappeared throughout history. But they had a physical support behind, some downloads that mitigate the blow for their users.

The NES console disappeared 25 years ago, but if you want today you can plug in the machine, put a cartridge, and play. With newer retired consoles, games purchased digitally are downloaded to the console and kept forever… if you don’t delete them.

But Google Stadia it is a platform in the cloud: all content works on Google servers, and the only right users have is to connect to them, and play there. Although in its beginnings, Google’s marketing system required buy the games one by one, at the price of the physical edition.

Shut down a streaming platform What Stadia have different consequences, all dramatic: Stadia-exclusive games that officially no longer exist, user-bought games that can’t be played anymore, gamers who put 6,000 hours into a game and all their effort is gone, and proprietary gamepad whose Bluetooth doesn’t work on other machines, because it’s covered

What will happen from now on?

Luckily, some of these things are in the process of being resolved, but to the detriment of the third-party companies involved.

In the case of the (few) exclusive Stadia games, it seems that Google releases them from this exclusivity. This is the case of the Spanish game Gylt, by Tequila Works, which will be ported to other platforms. You can watch the trailer here:

The user-purchased games in Google Stadia, which has vanished, has a more complicated solution.

Ubisoft, Bungie and IO have announced that they are looking for a way for users to be able to activate those games on other platforms, for free. Ubisoft won’t have any problems because they have their own, UPlay. But the other companies must pay out of pocket 30% commission from Steam, or the Nintendo, PlayStation or Xbox stores, depending on where the Stadia user wants to activate those games.

It remains for us to know what will happen to those players who have spent thousands of hours on certain games, and now they lose the games. Dramatic is what this player has nearly 6,000 hours to Red Dead Redemption 2 online mode:

No you don’t understand how seriously pissed off I am pic.twitter.com/UZ157WLmru

Perhaps Google will agree to transfer the games, but if they use their own format, something very likely since it is streaming, they may be incompatible with the same game on other platforms.

See also  Games releases in August 2022 | For PC and consoles

Another problem that Google has is that he sold his own gamepad to play on Stadia, which has Bluetooth enabled. So now it can only be used wired on other platforms. Users have asked you to update firmware to unlock bluetoothbut if it is hardware-capped, it will be impossible.

It’s what they have streaming platforms, that all the power is in the hands of the companies, and the users pay, but they have nothing. In the case of Stadiathey have been very lucky: Google can afford to be generous, and the rest of the companies are making an effort to get users to take their purchased games to other platforms, although they are not obliged.

with futures closures of other cloud or streaming platforms of the style of Stadia, probably not so lucky. It is important to know very well what we “buy” and the rights we have when that platform disappears, so as not to get upset.