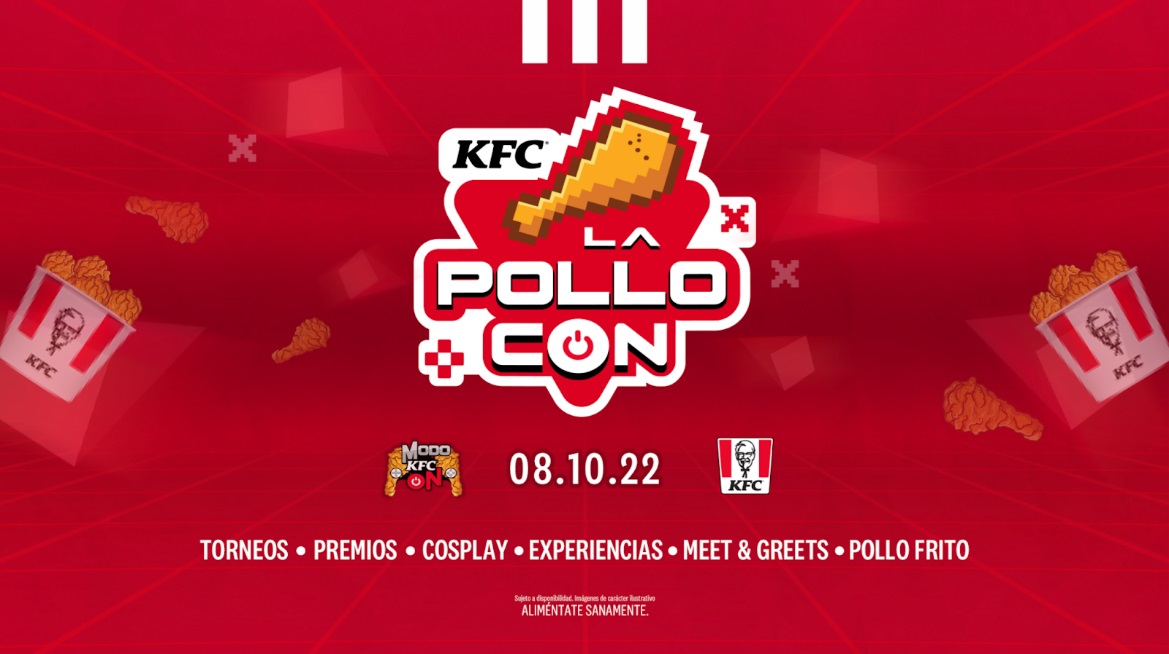 There are only a few days left for the first edition of Pollo-Con, an exclusive event for lovers of fried chicken and video games in where KFC will celebrate in a big way that it is already part of the gamer community in Mexico. The event will take place on Saturday, October 8, a day totally dedicated to celebrating and bringing together the gamer community.

They will attend the event casters of official leagues, gaming influencers, famous cosplayers, professional teams from official leagues, popular gaming streamers and video game developers, who will activate their KFC On Mode and interact and participate in different dynamics to win and give great prizes such as consoles, chairs , gamer gadgets, and much more.

During the previous week from October 3 to 7, different dynamics will be launched in which @KFCMexico through its digital platforms will be giving away access to all fans.

In addition, during the event, KFC Mexico will be giving great gifts for those who cannot attend, only You have to be attentive to the social networks of KFC Mexico on Saturday, October 8 from 4 to 8 pm.