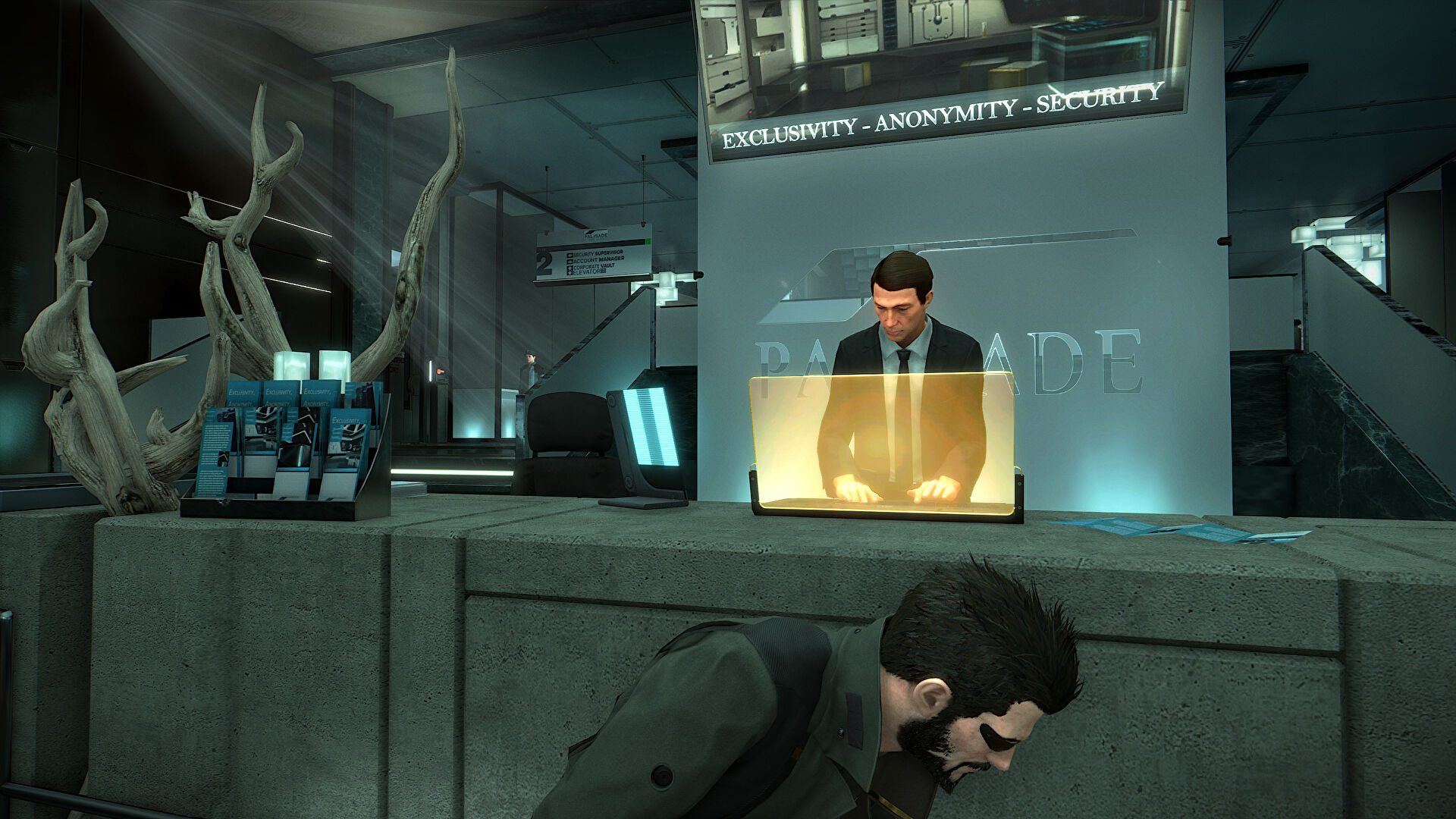 Last time, you decided that ridiculous spell animations are better than the mangled hands of Ethan Winters. I would’ve been happy for that one to go either way, so I’m glad that the outcome was closer than I expected. This week, it’s a question of whether you leave a place with a song on your lips or your pockets bulging. What’s better: an end credits song, or utterly rinsing a place?

Video games have a lot of music but not many songs. Instrumentals, chorals, and orchestrals are nice and all, but a song with lyrics can give a real kick. And I’m delighted when video games choose to end with a bang by whacking a song over the end credits. They’re rare, but many of the ones we hear are crackers. A little touch to perfect the ending.

I think the first I encountered was Mass Effect closing with M4 (Part II) by Faunts, a jolt of Canadian electrorock wondering about redemption and “where will you be When this is through”. It’s a not a song I’d listen to outside the game (and honestly, I probably didn’t catch most of the lyrics), but inside the game it made me feel the galaxy taking a bold step forward into the unknown. great choice

Portal’s Still Alive is a classic, hitting extra hard as a surprise. I do like Final Fantasy XV closing with Florence + The Machine’s cover of Stand By Me while you see the anime boyband’s road trip photos. Remedy Entertainment are big fans of licensed songs in their credits too. Supergiant love credits songs, all the way from Bastion through Transistor and Pyre to Hades. Tales From The Borderland ended on a corker. Sure, let’s throw in Rogue Warrior’s unbelievable tune built from the daft and hateful lines spouted by Mickey Rourke as our ‘hero’. I am only learning now that matricide simulator F.3.AR ended with Danzig’s Mother and I cannot stop laughing. And god, I well up even thinking about Nier: Automata’s Weight Of The World. Remind me of more songs!

See also  CoD Modern Warfare 2: DMZ should go in the direction of Escape From Tarkov

As a digital magpie, I cannot resist stealing everything that’s not bolted down (and at least having a crack at bolted treasures). Every apple, ammo crate, every jeweled goblet, every gold piece, every t-shirt, I will have them all. I’m not talking about stealing broadly, but the very specific pleasure of emptying a place of anything valuable.

Sometimes this is me sensibly trying to find limited resources I might well need but often, honestly, I just want to take everything. I’m playing Deus Ex: Mankind Divided right now and even though I have my endgame loadout and more money than it’ll even let me spend, there I am, rinsing the bank just because I can. In games with ammo pickups, if I have max ammo, I will sometimes fire a shot just so I can pick up the box. Mine now, clean and tidy.

Maybe this is part of what makes me enjoy Viscera Cleanup Detail so: I’m clearing up clutter and rubbish left by untidy level designers. They think they’re making a fun task for me but no, I’m only here to clear up after that.

Some games do have systems to support the idea that rinsing a place is stealing. The Elder Scrolls and many other RPGs track ownership (and what a joy it is to empty someone’s home after putting a bucket on their head so they can’t see you), and Thief is pretty clear you’re a thief, but I also feel the same in games without any judgmental verb attached to the yoinking. I really like the point in Resident Evil 8age where Ethan is turned loose and told “Look mate, here’s a map of stuff you haven’t nabbed yet, go wild.” Thanks, map!

If I could, I’d empty out your game of every item, every asset, and steal the end credits song too. But what do you think, dear reader?

Pick your winner, vote in the poll below, and make your case in the comments to convince others. We’ll reconvene next week to see which thing stands triumphant—and continue the great contest.