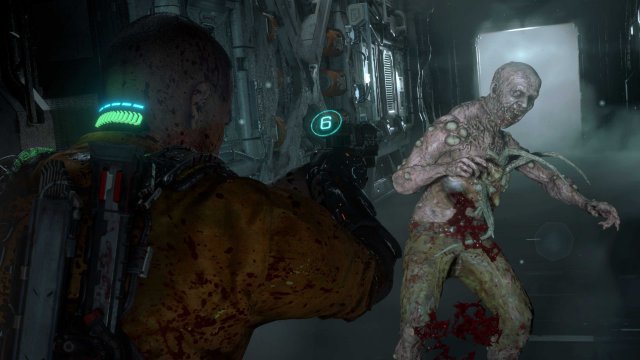 Former prison colleagues have mutated into unsightly mountains of flesh.

There was a time when even the then EA CEO John Riccitiello found the in-house portfolio simply too boring and meaningless. A company-wide effort to create more innovations and more interesting games has been announced. In the course of this reorientation, which unfortunately only lasted for a very short time, games like Army of Two, Boom Blox, Mercenaries and Dead Space were created. The gory and extremely atmospheric action game had great trouble clearing the USK hurdles at the time, but in the course of a third test it ultimately received the Gore Hound seal of approval “from 18 years of age”. The development team at Visceral Games around studio boss Glen Schofield at the time was, in the course of the development of Dead Space 2 and 3, so tamed in terms of content by the tie wearers of the upper EA floors that very soon the air and the desire was gone . The team was disbanded and more games from the Dead Space universe were off the table.

But Schofield had a vision that he and the best people on his team were determined to achieve: create the scariest, bloodiest space horror game to ever see the light of day. So in June 2019 Striking Distance Studios came into existence. With the money from the parent company and PUBG rights holder Krafton, it was no problem to get a good deal closer to his dream – and in a rush. Because just over three years later, the still young studio is now presenting its own interpretation of space horror in the form of The Callisto Protocol.

See also  When is FIFA 23 coming? Everything about the release - information, leaks and rumors

The evil is gathering momentum

The gloomy moon Callisto is the setting for the new gamepad shocker, a hard one to be precise 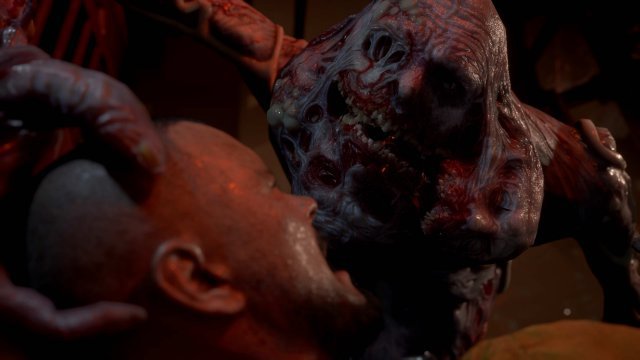 The animations when the character dies are of course absolutely not suitable for minors.

guarded maximum security prison on its surface. Here prisoner Jacob Lee ekes out an existence that no one could wish for: in the midst of hundreds of prisoners, harassed by overly motivated guards who know no mercy, he sits in a damp and dirty cell and awaits his fate. It becomes clear to Lee that things can get much, much worse when a mysterious plague spreads through the huge, widely ramified burrow. This causes absolute chaos and even more worries, because most of the guards and cell buddies mutate into perversely disgusting creatures who want to get the last survivor by the throat.

Jacob Lee, who is embodied in the game by Hollywood actor Josh Duhamel, not only has to find a way out of the shapeless mess as quickly as possible, but ideally also has to get to the bottom of the origin of the terrible mutations. The allusion scenario for 4Players does not describe the start of the dark adventure, instead Jacob already has a baton and a rather measly gun at this point. That’s just enough to face the first monsters, which aren’t long in coming and charge at the protagonist with roars and slapping steps. Unlike Dead Space, The Callisto Protocol is significantly less shooter and more skillful melee combat, which only ignites when the corresponding and quite difficult-to-time evasive maneuvers have become second nature.

Because dodging only happens in the context of a fight. Dry exercises with L1 plus the right stick to the side or backwards to get a feeling for the correct execution are not possible. A few screen deaths pass before the command is halfway seated. Smashing smaller lumps of flesh properly with the optionally electrically charged staff works relatively well and when Jacob prepares for the final blow, a brute sequence shows how he taps the mutant as if out of his mind and dismantles something similar to a face into individual parts. Of course, this also applies to the particular delight of the inclined horror freak on the input command post if Jacob has too little life energy to withstand the drooling attacks.

Knee deep in the dead 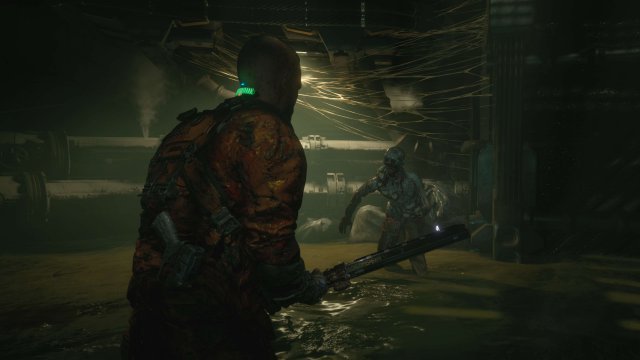 The gloomy environment holds horrors around every corner.

The death animations are definitely a bloody melange of ruptured main arteries, painful faces, breaking bones – or the character is immediately processed into a cloud of blood. Like taking a step too far towards the meat grinders that some prankster placed all over the prison. In the best case scenario, with a stasis function on his wrist, Jacob manages to have an opponent in the air and thrown into those same death machines. The fights in the game thrive on it and survival is only guaranteed if the player uses the environment to quickly thin out the enemy and save ammunition and life energy in this way. In the introductory session, the confrontations had a fairly high degree of difficulty, especially when the disgusting meatballs mutate in real time, you can almost put the gamepad aside.

See also  If you want to get the most out of your champions in LoL, you have to buy items in the right order

It often happens that normal mutants all of a sudden slack and slimy tentacles grow out of the body. Then speed is required. Only if the tentacles are shot off in time will the impending transformation into a significantly stronger opponent variant be stopped. Since Jacob can improve weapons and equipment piece by piece with the appropriate currency on the 3D printers provided for this purpose, it is to be hoped that the high level of difficulty will be a little more cuddly as the game progresses than in the trial version.

Since The Callisto Protocol is based on a highly advanced version of the Unreal 4 engine, which has been provided with additional libraries by the Striking Distance engineers, the visuals are eerily beautiful and disgustingly detailed. Be it the gloomy environments, such as stinking sewers, dining rooms that only appear to be deserted or dimly lit circulation systems: there has never been a prettier, more believable and technically more convincing space horror. Many areas also come up with the genre-typical puzzles. And if there is a little wait until the finally found and almost started generator starts up, then of course nightmares storm the player from all corners until the green light on the control panel finally lights up.

The version of the preview event ran in graphics mode at a resolution of 4K at 30 frames, but the developers reacted quickly after the Gotham Knights debacle and confirmed that a performance mode with 60 frames will also be available, when the game comes out on December 2nd.