Nvidia’s second next-gen GPU, the Geforce RTX 4080, will be released next week. RTX 4080 graphics cards will be equipped with 16GB and should come onto the market at significantly lower prices than the top graphics card Geforce RTX 4090, which can hardly be bought for less than 2,000 euros – our PCGH video provides everything you need to know about the launch of the RTX 4080 below. In the run-up to the RTX 4080 launch, you can finally benefit from price reductions again if you want to buy a graphics card that is powered by a Geforce GPU. The prices did not go down for all RTX graphics cards, the Geforce RTX 3090 Ti has even become significantly more expensive in a weekly comparison. But graphics cards like the RTX 3060 Ti or Geforce RTX 3070 can now be bought cheaper than last week, as our new GPU market overview shows.

How are Geforce prices developing in a weekly comparison?

The prices for graphics cards such as the RTX 3060 Ti, RTX 3070 or Geforce RTX 3080 10GB and 12GB only went down by up to 25 euros. But at least the price stagnation of the past few weeks has stopped. We estimate that in the course of the launch of the RTX 4080 16GB on November 16th, the price reductions for current Geforce models could become even larger. However, that depends heavily on how Nvidia’s second next-gen GPU is received by the market. The top graphics card Geforce RTX 4090 is currently suffering from dwindling interest, which should sooner or later affect the prices. Competitor AMD is also expected to throw its first next-gen GPU into the graphics card battle in December with the Radeon RX 7900 XT(X).

Availability ticker: The coveted Geforce RTX 4090 can be bought here

Also worth reading: Buy a graphics card: How will Radeon prices develop after the unveiling of RX 7900 XT(X)?

Also worth reading: Monitor, SSD, RAM, Laptop: Up to 60% discount during Black Weeks at NBB

Also worth reading: iPhone 13 now up to 245 euros cheaper – also iPhone 14 with a discount

Also worth reading: RTX 3080, Philips Hue, TV: You should know these Amazon deals

The next custom models of the Geforce RTX 4080 come from Colorful Technologies, which is expanding its iGame series with two new models.

If you want to buy the iPhone 14, you can now save money away from the Apple shop, at Amazon – even with the iPhone 13 (Pro Max).

RTX 3080, Philips Hue, TV: You should know these Amazon deals

A well-known leaker on Twitter announced January 5, 2023 as the release date for the Geforce RTX 4070 Ti. An alleged pamphlet was published to back it up. However, according to reports, there is not just one date that should be remembered. Nvidia should therefore again provide a staggered release, but not like last time. The performance should namely only on 3.1. go over the stage, the test should then follow a day later – presumably at 3 p.m. On 5.1. The actual sale would then be in 2023. So there would only be two days between presentation and sale. That sounds strange, but the board partners have enough time to relabel the existing RTX 4080 12GB. As a reminder: The 4080 12GB was planned as a pure partner product, without a Founders Edition. It is very likely that nothing will change with an RTX 4070 Ti either.

See also  Star Trek: Wrath of Khan is getting a prequel - as a podcast!

RTX 4080 16GB: All important information before the test in the PCGH video 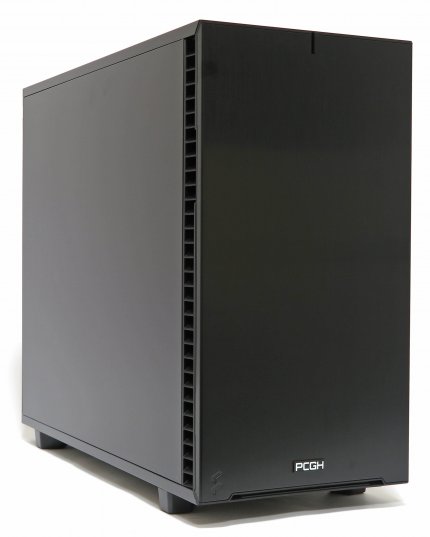 The newly released Geforce RTX 4090 24GB is sold out almost everywhere, as our RTX 4090 availability ticker shows. If you want Nvidia’s new top graphics card and are thinking about buying a new gaming PC at the same time, you should take a look at the latest PCGH PC 4000 Edition guide.

Also worth reading: Availability ticker: The coveted Geforce RTX 4090 can be bought here

Current offers for saving on hardware such as Geforce graphics cards and Co. can also be found in our PCGH bargain guide, which is always up-to-date. Our website also provides comprehensive purchase advice for various categories PCGH Technology Advisor Portal. The cheapest prices can, however, with the PCGH price comparison check.