Buy PS5: After Amazon and Otto, the next Playstation 5 drop again

God of War Ragnarök’s release week continues with excitement. Yesterday was a big drop day with offers from Amazon, Otto, Müller and Medimax. Those who didn’t get a chance don’t despair. The next chances will definitely come. For example now at Conrad.de!

Buy PS5: Can be ordered now at Conrad.de

Currently you can Buy PS5 at Conrad.de. That is offered PS5 FIFA 23 Bundle + Gran Turismo 7 for a whopping 888 euros. However, you can save 10% with the code PS5DEAL and then pay “only” 800 euros. According to the information on the product page, over 200 of the bundles are still available.

At Saturn you can buy God of War Ragnarök cheaper than e.g. B. at Amazon – and receives exclusive bonus content for free.


If you want to order God of War Ragnarök online, it’s best to do so at Saturn. Because the electronics retailer not only offers GoW Ragarok exclusively with additional digital content, you also pay 10 euros less than at Amazon, for example. And for the Amazon price (79.99€) you get the Sony hit plus bonus content and a lanyard in the God of War design at Saturn.

We have good news: The chance of getting hold of the PS5 is currently greater than it has been for a long time. After the release of the latest Sony quarterly figures at the end of October, we analyzed that the big PS5 wave should finally start now – if Sony keeps its word. And indeed, in the last few days there have been many drops, some of which lasted for hours, at Amazon, Media Markt, Saturn, Otto, Amazon, Euronics, Conrad, Medimax, Müller and also directly at Sony. In addition to the current Playstation 5 sale, we expect further order options today. The hottest favorites are Alternate, Cyberport and Spielegrotte.

Where is the PS5 available now? check availability

After Amazon announced the early Black Friday deals last week media market and Saturn countered, various special offers have now disappeared again. There are a few items on Amazon for those interested in PS5, but some of them are currently significantly cheaper to buy. Important: Prices and availability can change at any time! 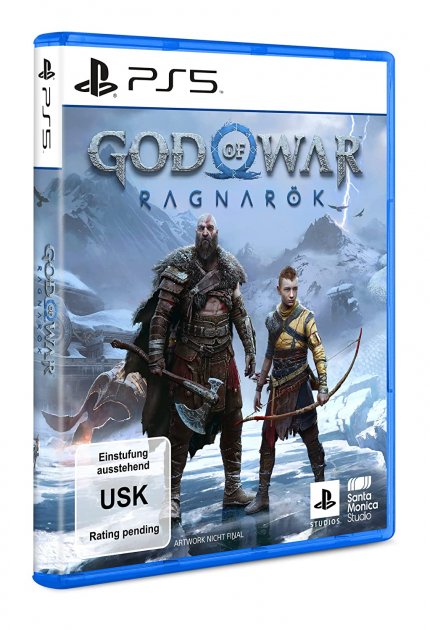 These are the most popular PS5 games on Amazon right now.

Buy PS5: Where are there – apart from Amazon – the greatest opportunities

Anyone who wants to buy the PS5 these days has better chances than on most previous days of 2022. But the project is still not a sure-fire success. The highest probability for the release of God of War Ragnarök is definitely with the largest providers. Those are next to Amazon the corporate sisters media market and Saturn. The big 3 get the most consoles from Sony and are the easiest to time their sales to such special days as the GoW Ragnarok release. at Otto.de it has been relatively quiet in the past few weeks, so the next pre-Christmas PS5 drop can also be expected here shortly. We will of course keep you up to date on PC Games.de. The fastest way to see the next sale is in our Daily Deals. Or you can check the availability yourself with our links. 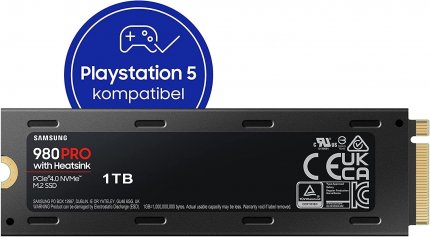 At Media Markt you can currently buy the PS5-compatible SSD Samsung 980 Pro with a heat sink (heatsink) at a particularly good price.


Word should have gotten around: The PS5’s SSD fills up quickly – of the 825 GB, only around 670 GB can effectively be used for game data. And since you sometimes need 100 GB for a single game… Fortunately, you can install a second SSD in your Playstation 5, but it has to meet certain requirements – for example, be particularly fast. The most popular PS5 compatible model out there right now is the Samsung 980 Pro at Media Markt to buy particularly cheap. With a pre-installed heat sink (heat sink) you only pay 111 euros with 1 TB and only 229 euros with 2 TB. For comparison: on Amazon the top SSD currently costs 133.33 euros. The SSD special offer is part of the Mega discount campaign “Black Weeks” at Media Markt has now started. Also Saturn offers in “Multi-Vember” already Black Friday deals.

Also worth reading: Order CoD MW2 and get a limited Steelbook for free – exclusively at Saturn (Advertising) 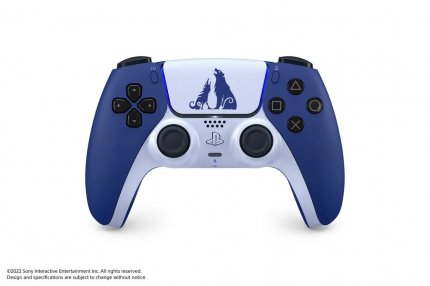 
Watch out, God of War fans: The PS5 controller will be released in the chic God of War Ragnarök design at the same time as the potential game highlight (09.11.2022). The Sony Dualsense Wireless Controller Limited Edition has long been available for pre-order at Media Markt and Saturn for EUR 74.99. Now Amazon has jumped on the pre-order train.

Now also for TVs up to 85 inches and with a discount: This “technical miracle” makes the TV picture appear much larger 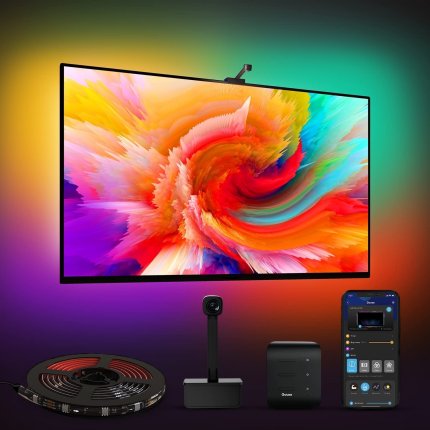 The Govee DreamView TV backlight is now also available for 75-85 inch TVs – and currently with a discount on Amazon too!


The “technical miracle” Govee DreamView, which makes the picture on your TV appear much larger, is now not only available in the well-known version for TVs with 55-65 inches, but also in a new version for 75-85 inches. The way it works is the same for both variants: you attach the LED Lightstrip to the back of the television, place the ColorSense camera and the TV image information is projected onto the wall in real time via the Lightstrip. Quasi “Ambilight for retrofitting”, which ensures a more intensive game or film experience and a subjectively perceived enlargement of the TV picture.

Also worth reading: Elden Ring: Guides to the game are now available for pre-order – that’s in it!

Gran Turismo 7 in the PCG test

Even if it’s in PC games review of Gran Turismo 7 wasn’t quite enough for the highest rating, Gran Turismo 7 turned out to be a very good and, above all, a very nice game. The new Playstation racer does full justice to the 25th anniversary of the Gran Turismo series by Polyphony Digital CEO and SCE Vice President Kazunori Yamauchi. For this anniversary, Amazon, Media Markt & Co. are offering the GT7 Standard Edition in addition to it also a noble one Gran Turismo 7 25th Anniversary Edition to buy. In addition to the game disc, this offers a steel book case, the soundtrack, 1,100,000 credits in the game and a lot more. A download code for the PS4 version of Gran Turismo 7 is also included.

10/10 in our test: Elden Ring has become a masterpiece


Elden Ring will be released on February 25th for PC, PS5, PS4 and Xbox One / Xbox Series X/S.


Elden Ring has been released and the action role-playing game by From Software and George RR Martin has cleared the top rating in the big Elden Ring test and test video. Internationally, too, the reviews are effusive Metacritic Elden Ring averages 97/100. The attractive Launch Edition is currently sold out at Amazon, but it is still available at Media Markt and Saturn (while stocks last).
In addition to the game on disc (only download code in the box on PC), the Elden Ring Launch Edition includes numerous goodies such as posters, art cards, stickers, patches, but also additional digital content.

Horizon Forbidden West in the PCG test: Great, but not perfect

The action RPG from Guerrilla Games, successor to Horizon Zero Dawn, completely convinced our testers, but it also has a few quirks. On the plus side are, for example, beautiful graphics, an exciting main quest and improved hand-to-hand combat. On the other hand, Horizon Forbidden West on PS4 and PS5 has weaknesses in the controls, camera work and AI. Horizon Forbidden West’s full PCG review is here.

With the new super savings offers at Amazon you can buy TV, PS5, SSD, RTX 3070 Ti and much more much cheaper.

25 years of Fallout: A look back at the RPG epic

For the 25th anniversary of the Fallout series, we look back at the beginning of the series and introduce you to the most important offshoots in more detail.