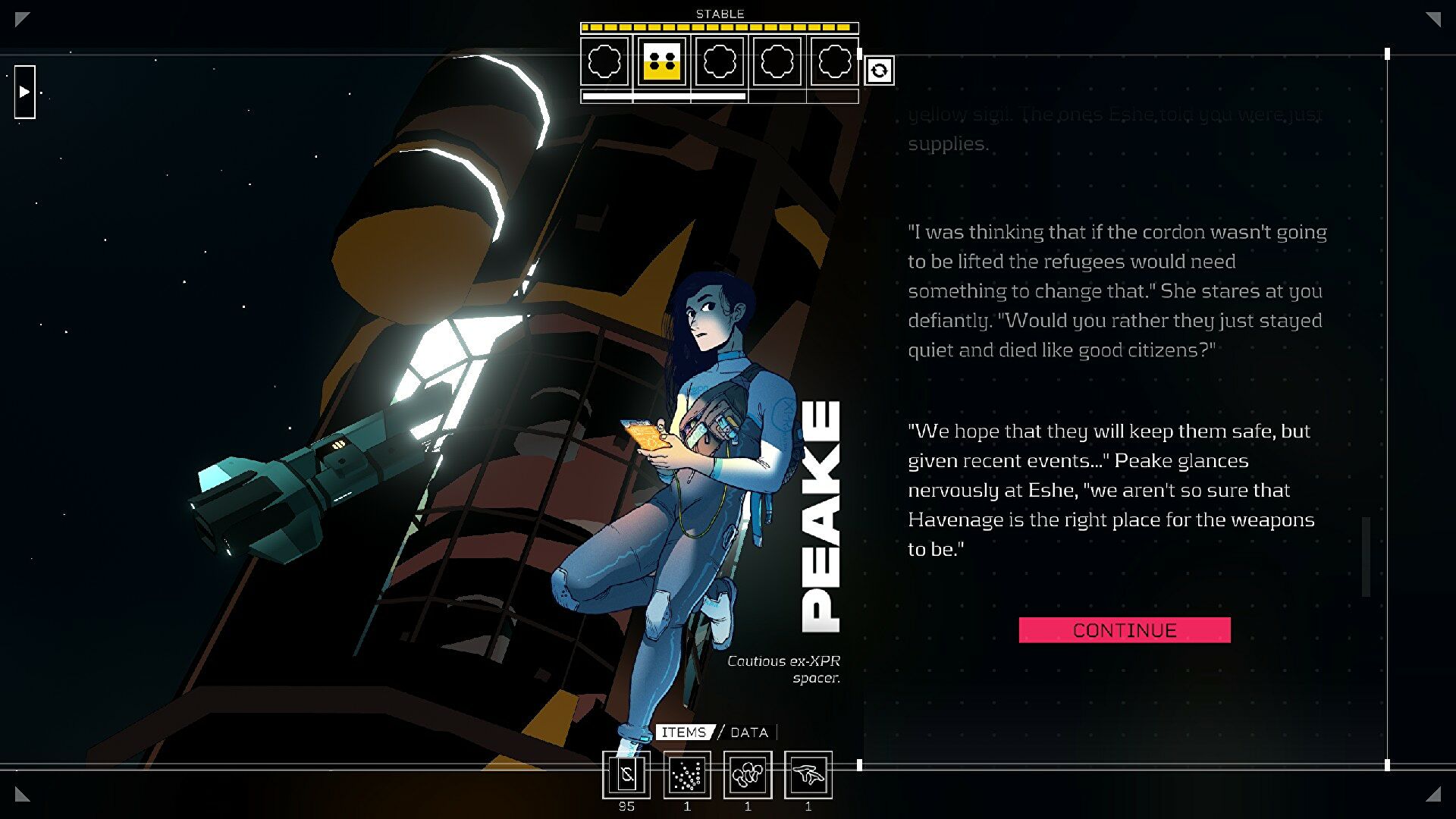 I toyed around with this intro a lot, because I didn’t want to start with a super pessimistic bang. But, for lack of a nicer way to put it, I’ll simply say things are looking pretty scary out there, huh? Capitalism is failing, the economy is crumbling, and normal people have nothing left to give. It’s something I’ve been thinking about a lot lately, but I don’t really talk about it. I keep it all inside, like a microwave holding a ball of tin foil while it spins on full power.

At least, that was the case until I played Citizen Sleeper. It’s a rather simple RPG inspired by tabletop roleplaying games, giving you a limited number of action dice that you can spend each day to receive consequences. Mechanically, it doesn’t stretch much further than those actions and consequences, meaning I can instead focus on connecting with characters. In its simplicity, I found a cathartic way to process my thoughts on lots of scary stuff happening in our actual world. I also realized that Starfield, the big space game looming on the horizon which I was previously pretty excited about, just doesn’t seem appealing anymore.