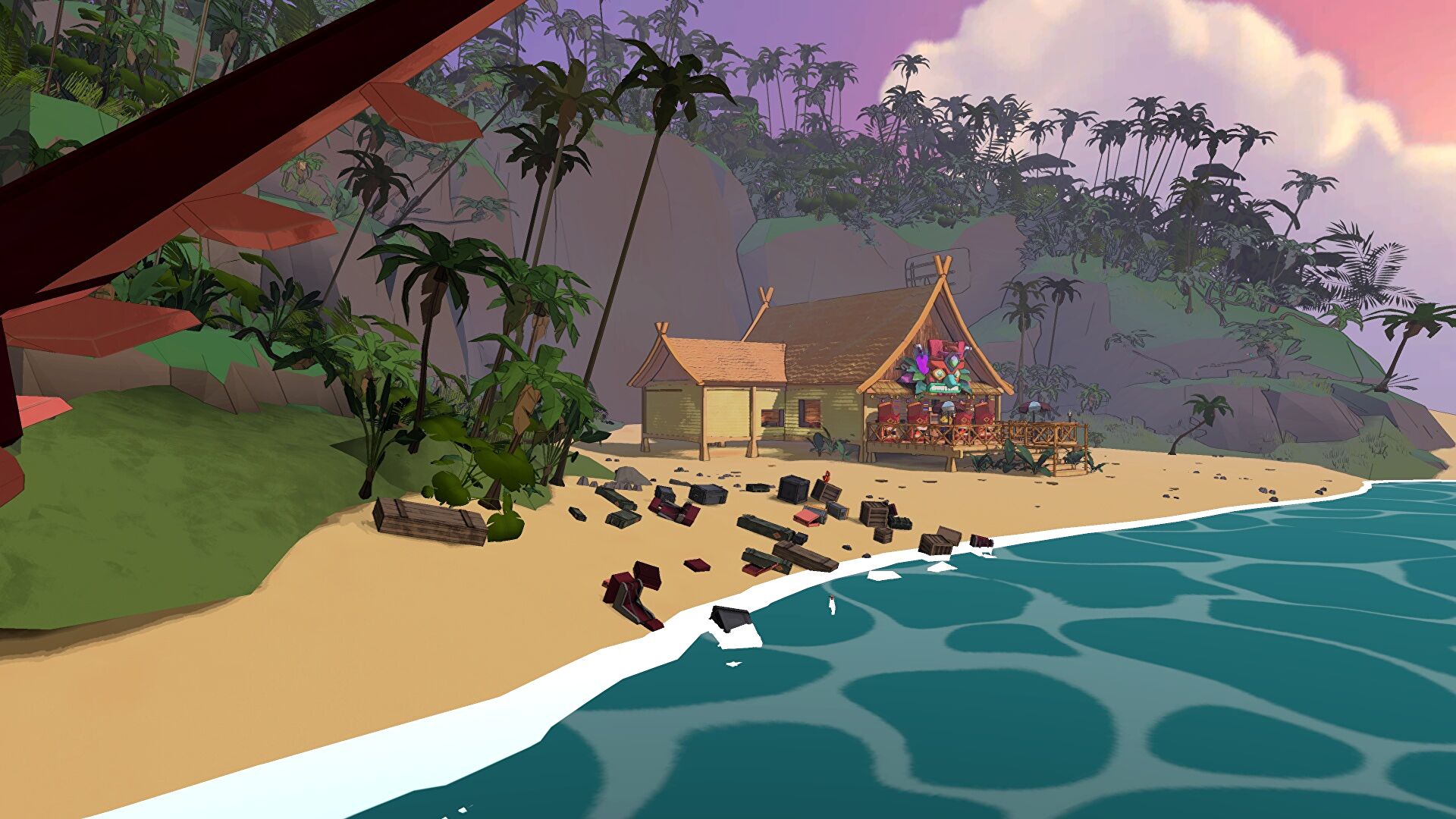 I’m of the strong and perhaps completely nonsensical opinion that any game is better when it’s set on an island. School me in the comments, please do, but I suspect that Escape Academy: Escape From Anti-Escape Island, new DLC launching for the puzzle game today, might lend my claim some extra weight. That could always be the baggage plummeting from the sky over Anti-Escape Island though, where a summer vacation for the students of Escape Academy has gone very, very wrong. Check out the trailer below.

The events of Escape From Anti-Escape Island are set after the base game, which covered the first academic year at the world’s only institution to teach young people the art of solving escape rooms. Everything turns dodgy fairly sharpish, however, as your snazzy jet is shot down over Anti-Escape Island. How conveniently inconvenient. The DLC’s new story pits you against five new escape rooms, and includes more music from composer doseone. The whole thing has the feel of a supervillain’s lair, so I’m intrigued.

Ed felt the base game was charming in his Escape Academy review earlier this year, but thought it was best with a bud in tow. “They talked me through the puzzle I couldn’t complete (truthfully, I still don’t get it), and there was joyful comradery when our questionable IQs combined forces and we untangled things together,” he said. “And I think this sums up Escape Academy perfectly, as it’s a fantastic co-op brainteaser that’s perfect material for catch-ups and corporate days.”

Escape Academy: Escape From Anti-Escape Island is out today, November 10th, on Steam and the Epic Games Store. It’s coming to Xbox and PlayStation consoles, too.