Fight for survival in the sea – organizational team apologizes to Knossi 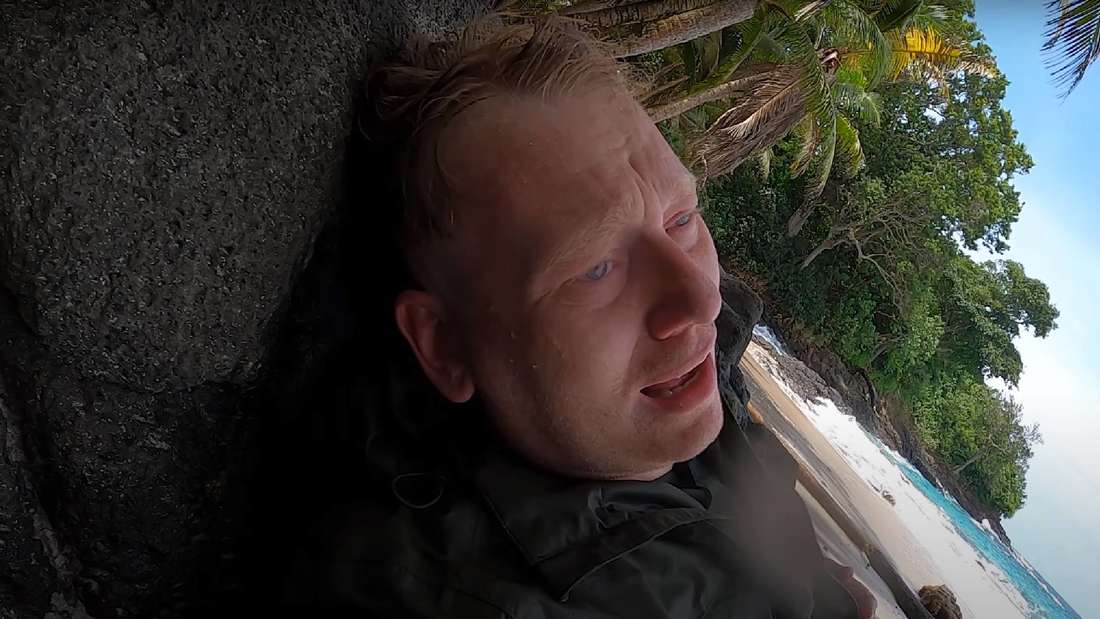 Already after the first episode, the organizing team of 7 vs. Wild has to apologize to Knossi. Because the suspension of the Twitch star did not go according to plan.

Panama – For Knossi, the first few minutes at 7 vs. Wild became a real fight for survival. Because, as co-organizers of the survival show have now announced, there were some problems with the suspension of the participants. In a reaction video for the first episode of the second season, the organizing team apologizes to the Twitch star, because Knossi was hit particularly hard.

7 vs. Wild: Suspension of Knossi does not go according to plan – mistake by the organizing team

That’s what it’s about: The first episode of the second season is finally online, showing us the first moments of the participants of 7 vs. Jungle Wild. With a courageous jump, the candidates had to throw themselves out of a helicopter into the sea and then swim to their spot on the island. However, according to the organizing team, the suspension did not go according to plan and Knossi in particular felt that. The co-organizers commented on the incident in a video.

See also  The Fallout: London mod is bringing nuclear war elephants to the UK in 2023

This was the error: The procedure for the suspension was actually planned for months and even tested by the organizational team themselves, but on the day of arrival everything went differently. “While we were in the air with the helicopters, everything just went wrong and everything had to be improvised”. This led to Knossi being the first to be dropped off at his location, contrary to the original plan.

More articles on 7 vs Wild:

7 vs. Wild: Dramatic scenes on the island – Knossi injured after a few hours

7 vs. Wild: Battle for survival in the sea in episode 1 – Otto uses a clever survival trick

7 vs. Wild: Hard fake allegations against Sascha Huber – the influencer can only laugh

Because of the confusion, Knossi made a serious mistake. Because the streamer was set down far too far from the shore and had to fight its way to the beach almost 200 meters in wet gear. The organizational team quickly became aware of the error. “We have died 50,000 deaths”. Otto also had problems before the start of 7 vs. Wild.

Organization team apologizes: During Knossi’s ordeal to get to shore, 7 vs. Wild rescuers were on alert the entire time. Although the Twitch star manages to get to the beach with his last strength, the organizational team is clear that they have expected too much from Knossi. “Knossi, we’re sorry”.

7 vs. Wild: Knossi fights his way to the shore – “I thought I was dying”

This is how it went Knossi: In the first episode of the second season of 7 vs. Wild, viewers were able to watch Knossi’s fight for survival. And it quickly became clear how strenuous his path actually was. Completely exhausted, the Twitch star lies on the beach and tries to document his arrival. “I thought I was drowning”.

For Knossi it could have been almost over again shortly after the starting signal due to the error. “I almost choked on it.” But the streamer has proven his ambition. We’ll see what happens next for the Twitch star and the rest of the participants on the island in the next episodes of 7 vs. Wild. But already in the first episode there was a possible spoiler for the fate of a candidate.

See also  Fortnite: Is there a Season 3 Live Event coming?