Guild Wars 2 Taunts WoW in New Commercial: “Why Wait for the Dragon Ride?” 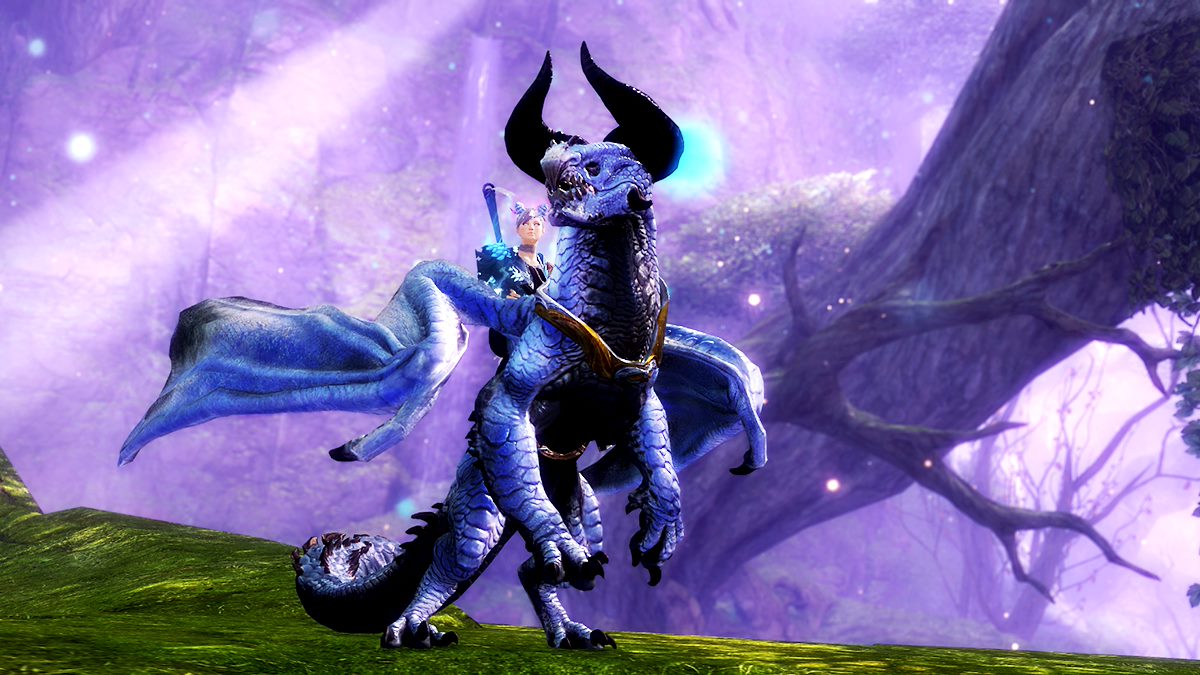 With Dragonflight, World of Warcraft gets a new feature: dragon riding. When it was announced, many players drew parallels to the mounts in Guild Wars 2. In a new commercial, Guild Wars 2 now makes fun of exactly this similarity.

What is this commercial? The 30-second spot features the skyscale mount found in Guild Wars 2. Right at the beginning, the lettering “the best mounts in MMOs” is displayed – from a review by PC Gamer.

The video then goes on to say, “Why would you wait to ride a dragon?” A clear nod to dragon riding in WoW, which only comes into play on November 28th with Dragonflight.

Discussion and ridicule for the close proximity of the two mounts began when the dragon ride was announced. Both the flight animation and the dive have strong resemblances to the grapple from Guild Wars 2. The mid-air roll and the model in turn are reminiscent of the skyscale. Both games also rely on mount races.

Now the developers of ArenaNet make fun of it with a wink.

Fans find it funny, but also scoff at Guild Wars 2

What are the reactions to the commercial? Basically, many appreciate the humor of the GW2 developers. In addition, the mounts also get a lot of praise from the players because they have really set new standards apart from a speed boost.

However, there is also criticism and ridicule for Guild Wars 2. Because unlocking the sky scale is provided with some tasks, the purchase of a DLC and a time gate of at least 4 to 15 days.

Oh man! I just spent a few weeks learning the game! Time to find out what makes this mount so special. Oh! Only two more weeks until I can see if it’s better than the dragon riding in Dragonflight…

So it’s quite likely that active WoW players would rather see dragon riding in Dragonflight than starting Guild Wars 2 from scratch now.

What else does Dragonflight offer? With Dragonflight, WoW gets some innovations apart from dragon riding. You can explore new zones and reach level 70, experience a new story, play a new class and race, and visit new dungeons and raids.

You can find out everything about the release of Dragonflight here: