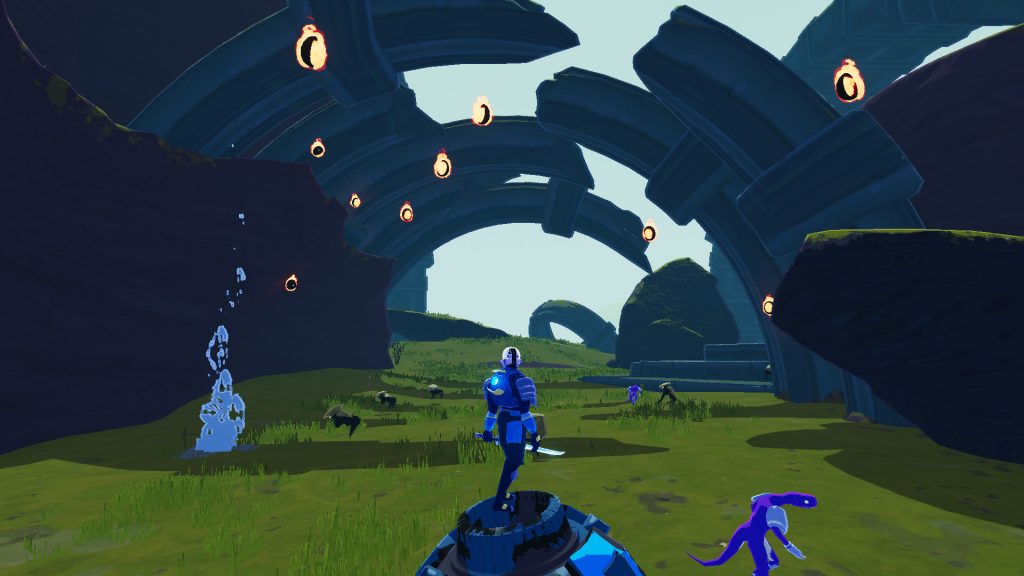 Risk of Rain 2 is a shooter roguelike about survival on an alien planet. The game received very positive reviews on both Steam and metacritic. The game is reduced on Steam until November 14, 2022 and currently costs around €12.50, half the normal purchase price.

What kind of game is this? Set in a space setting, Risk of Rain 2 is a third-person shooter and action roguelike. Here you can read what “roguelike” means and why the genre is called that.

The player crash-lands his spaceship on an alien planet. Now it’s about getting back home. However, you must first fight your way through hordes of enemies and survive in a hostile environment.

Check out the Risk of Rain 2 launch trailer below:

Kill bosses and find a teleporter

What is the gameplay like in Risk of Rain 2? The player can discover different areas on the planet. There are monsters and big bosses to fight everywhere. The environments as well as the spawned enemies and objects are randomly generated and offer a different gaming experience each time.

You work your way up to the final end boss and a teleporter, which the player can then use to escape from the planet.

Or you stay in the strange environment and test how long you can survive. In the game there is a scaling system that ensures that the game character, but also the opponents, become stronger and more demanding.

There are over 110 items to collect in the game world. The more items you have, the more diverse the effects that their combinations cause. At the same time, the logs are filled with stories and strategies with the new found items.

Overall, a whole space crew is available as game characters in the game. The individual characters can be unlocked in the course of the game and each have their own fighting style and skills.

Is there a multiplayer mode in Risk of Rain 2? You can play the game either alone or in co-op. Up to 4 people can start the adventure together.

How is Risk of Rain 2 rated? Both on Steam itself and on the website metacritic the shooter performs very well.

Out of a total of 143,888 Steam reviews, 96% are good, giving the game an extremely positive rating (as of November 10, 2022, via Steam). Many users are enthusiastic about the gaming platform. One person writes:

Risk of Rain 2 is probably one of my favorite games of all time […] It’s a roguelike like no other. First of all, most of the roguelikes I know are 2D, and when I saw Risk of Rain switch from 2D to 3D, I was skeptical that I would enjoy it as much as the first game. But I’m really impressed with how well it’s executed.

The gameplay loop is so satisfying. The way you acquire loot, the ways to complete the game, the variety of characters, items and builds you can have, the smooth controls…all of this is near perfection in my opinion […].

Here you will find a new city building game with an apocalyptic setting, in which you build your settlements against the clock.