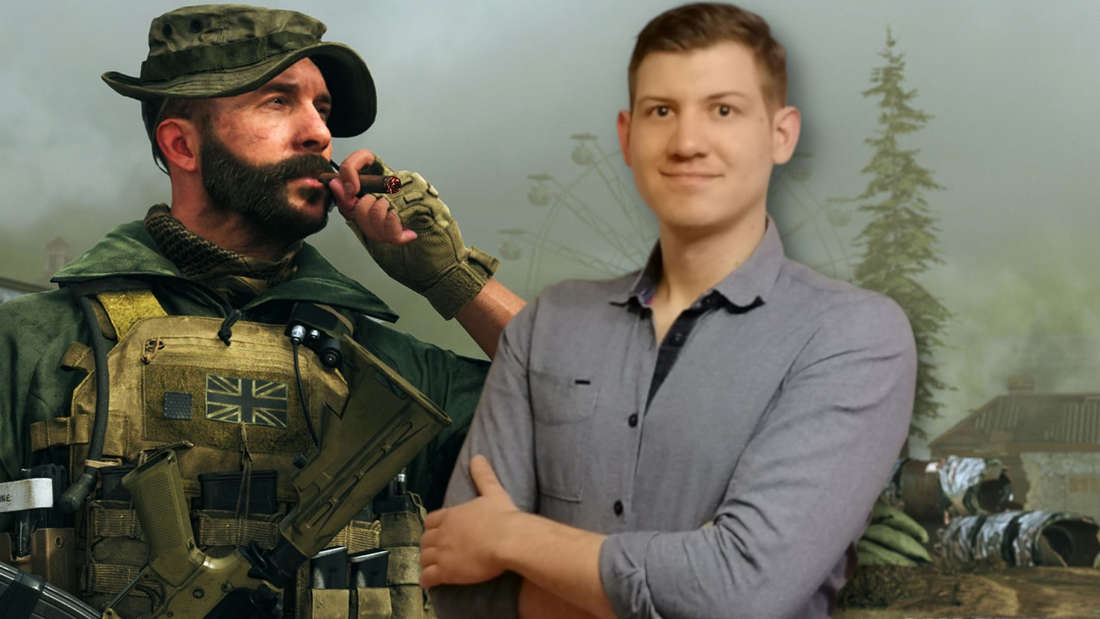 The new Call of Duty is actually for pensioners, like our (not so old) editor Philipp. MW2 makes you all as bad and old as him.

Hamburg – Call of Duty is a fast-paced, frenetic first-person shooter. But the new Modern Warfare 2 from 2022 is actually targeting oldtimers like me, who were already at the start of the original almost 20 years ago. Because the wings of the young hoppers were clipped so that everyone is as bad as I am. But at what price does CoD buy the forced pension subsidy?

This is the pensioner: The new Call of Duty: Modern Warfare 2 shows me relentlessly what an old bastard I’ve become. I, the pensioner, who complains here with a raised fist, is called Philipp Hansen and is an editor at ingame.de. My first Call of Duty was also the original CoD from 2003 – but I didn’t really play that “right”. My real entry into the most prominent shooter series came with Modern Warfare and was then searched for from Modern Warfare 2 (2009).

A lot has happened since then, especially for me, the player. Because where I’m wondering today whether that’s where the first gray hair is sprouting, I was still wondering at the turn of the millennium: can I collect all 151 Pokémon? Or is it okay not to do homework and shoot shooters? Spoiler: It wasn’t okay, but of course I did it anyway.

MW2 is not for young hoppers, but old retirees like me

That’s why MW2 is not for young hoppers: The CoD series, which now seems almost historical, was bombed out of its early retirement into the present by Modern Warfare 2019. Vanguard and Cold War, on the other hand, were shaky setbacks in 2020 and 21.

In 2022, the series will now experience its next spring with CoD MW2. And the game is not aimed at the young gamers out there, but at oldies like me. Because these design ideas can only have met a pensioner:

You scold, I celebrate: Many of the changes described have been harshly criticized in the community. Because professionals (and those who would like to be) have adopted a very mobile style in Call of Duty. The developers have written the credo “more grounded”, i.e. more down-to-earth, on the flag. This reduces the skill difference. All are just as glued to the ground with their feet as casuals are.

See also  That's why Ikea is threatening to sue the developer of a "furniture survival game".

Well, in reality there are still hops and fast corner jumpers, but it’s made a lot harder. So I can keep up without any problems. Because never forget it, Call of Duty is as casual as it can be – and that’s why it’s more successful than any other shooter.

This disturbs my retirement: Of course, Call of Duty: Modern Warfare 2 also has problems and I don’t like it unreservedly. And I’m not talking about technical release antics or the messed up spawn system, but just plain stupid design ideas. I don’t really care about the questionable weapon leveling either, I have the time as a pensioner, but these 2 things are disturbing my retirement:

Old but at least not a camper in Call of Duty

Now you could say that the Time to Kill: TTK is so fast, it plays into my old guy’s hands. I could hardly react anyway with my doddering hands. Not correct! Now that makes reaction time even more important than slow TTK (and weapon handling) and makes me feel even older. Should the impatient play hardcore, pardon Tier 1, that comes with Season 1 of Warzone 2 and MW2.

The price of old age: Sadly, the nerfs in Movement result in hated campers having an easier time of it. Hey, even though I’m old, I still want to see something of the world/map and take my feet. If you could skilfully counter the notorious sitters earlier with a jump, they have an advantage due to the slower pace. Pssst, don’t spread the word, but there’s a new gadget that will simply defeat campers in MW2.

See also  The Last of Us: Screenshots and video clarify differences between remake and remaster

Despite the mistakes, I’m happy that Call of Duty will pick me up in 2022 like it did a decade and a half ago and give me the opportunity to keep up with you creators. Because let’s not forget, at the end of the day we are all gamers and in a few years you will feel like me. And soon there will be a new Pokémon game, will that rejuvenate me too?