Storyteller launches in March 2023, over a decade after its debut 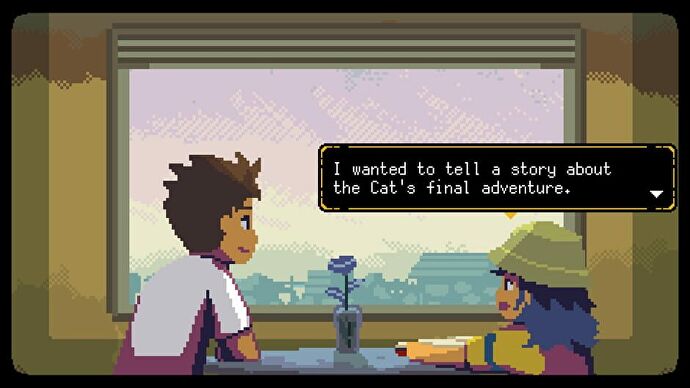 Last night’s Nintendo Indie showcase gave us fresh looks at many exciting indies. Chief among them was Storyteller, a narrative-puzzle game we first saw ten years ago, and has now confirmed a release date of March 23rd. The game’s comic-strip puzzles let you remix classic stories, like Dracula, using various props, verbs and nouns. A game for all the literary nerds out there.

Storyteller has been through a long development cycle. We first interviewed developer Daniel Benmergui at 2012’s Independent Games Festival. The game was put on hold in 2014 due to Benmergui feeling “creatively numb from always dealing with the same project.” Luckily for us, the game was revived and re-revealed at Annapurna Interactive’s 2021 showcase. Alice0 only had good things to say about its most recent demo, calling it “simple, clever, satisfying, and surprisingly funny,” with a lot of murder in between.

The Nindies show featured a look at tons of other titles. A Space For The Unbound releases on January 19th, previously delayed indefinitely due to an allegedly “predatory” relationship with publisher PQube – but that publishing issue has since been resolved.

Once Upon A Jester got a surprise release and is out now via Steam or GOG. This is a comedy game about jesters who take up improvised theater in an effort to become rich and famous – the dream. Goodbye World got another trailer showingcasing some of its puzzle-platformer gameplay; it only had a vague “later this month” release window, but its story of two struggling indie devs looks compelling enough to keep an eye on.

There’s more! I’m most excited about Aka, a small open-world game where you play as a red panda. You can partake in gardening, construction, mini-games, or just generally chill. Aka releases on December 15th and has a demo out right now if you really can’t wait. Heading into next year, Blanc, a co-op adventure featuring a wolf cub and a fawn, releases on February 14th – a perfect date night for Valentine’s Day. Oni: Road To Be The Mightiest Oni, an open-world title inspired by Japanese folklore, launches on March 8th 2023.

A bunch of other titles received 2023 release windows, including Devolver Digital’s Pepper Grinder, an action-platformer that has you burrowing through the ground at high speeds. It immediately reminded me of my favorite move from the Ori games, so I’m in. Pepper Grinder’s incredible GIFs have been circulating around the internet for a while, so it’s nice to see a more in-depth look. Coffee Talk Episode Two: Hibiscus & Butterfly is coming sometime in Spring 2023, as is Dordogne, a narrative adventure with a beautiful watercolor art style. Other 2023 releases include the narrative cooking game Venba, the relaxing gardening game Botany Manor, and Desta: The Memories Between, a roguelike from the studio behind Alba: A Wildlife Adventure. Lots to look forward to.