This PS5 pro controller costs even more than the DualSense Edge 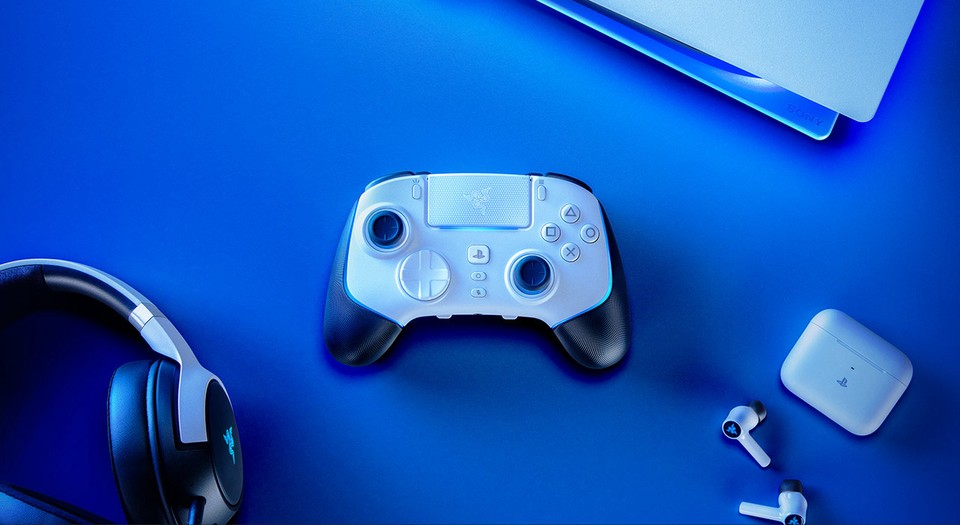 In the current gaming age, there is a pro controller for every console. The Xbox Elite Controller in particular enjoyed great popularity in the last generation. With the current gen, however, the Playstation is now also growing in this area. Sony recently finally announced the price and release for their in-house PS5 Pro controller, the DualSense Edge. But Razer is even ahead of this with their Wolverine V2 Pro.

Lots of pro gaming, no vibration

The Razer Pro controller comes out almost a month before the Sony gamepad and, most importantly, delivers a completely different layout that is more reminiscent of the Xbox gamepad. While the DualSense focuses primarily on an individualized user experience, the Wolverine V2 Pro focuses more on speed and pro gaming. This also means that this gamepad completely lacks the vibration function. On the product website it is said that the rumble function tends to be a nuisance when it comes down to a fraction of a second.

You can compare the two directly here:

While almost all elements of the DualSense can be exchanged or removed, such as the stick modules or the buttons on the back, only the stick attachments can be exchanged with the Razer gamepad. At least a pair of highly concave and short convex stick attachments are included. Some of the buttons can also be programmed here, but “only” 6 in total, while the buttons on the Edge can be almost completely reassigned, even with profiles that can be stored.

However, the Wolverine V2 Pro also has convincing arguments ready, because the biggest differences are probably in the reaction time or the actuation paths of the buttons. With the Razer gamepad, they are said to be only 0.65 mm and are about 30% below average controllers, so they trigger the specific button much faster. Trigger stops are also included so that the keys can be activated faster as required.

For these settings, however, you need Razer’s own controller app for iOS and Android. After all, this can also be used to control the built-in light strips of the controller.

Here you can see the Razer Wolverine V2 Pro from both sides:

Also for PC: By the way, with the included dongle for wireless connection, you can not only connect the controller to the PS5, but also connect it to the PC.

That costs the fun

The Razer Wolverine V2 Pro will be released on December 31, 2022 and should at one RRP of 299.99 euros lie. Although it appears a little earlier than the DualSense Edge (January 26, 2023), it also costs a full 50 euros more than the controller from Sony.

The Razer controller also comes with a HyperSpeed ​​Wireless 2.4GHz USB Type A dongle, a 3 meter SB Type C to Type A cable and two additional analog stick attachments (high concave and short convex.) On a case as with the Edge, we unfortunately have to do without.

How do you like Razer’s Sony competitor? Are you considering getting a pro controller?