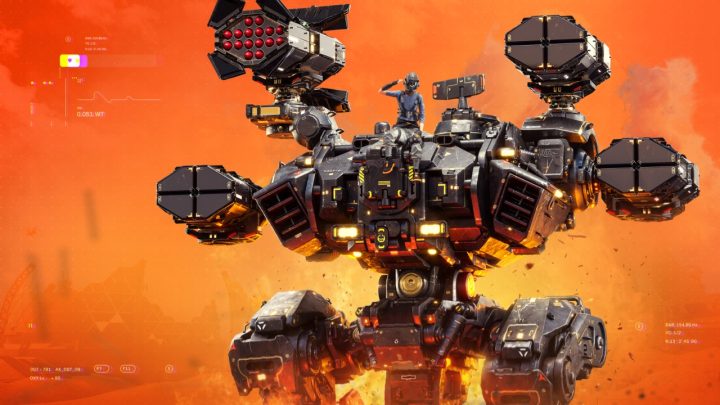 MY.GAMES and Pixonic are bringing the mech franchise to consoles and PC with an all-new title, War Robots: Frontiers.

MY.GAMES and Pixonic today unveil their new multiplayer, third-person mech shooter set in the War Robots universe. The new title will be available on PlayStation 4, PlayStation 5, Xbox Series X|S, Xbox One and PC.

Steam Early Access is currently scheduled to launch on November 24th and is open to anyone who pre-orders a Pioneer Pack. The full release of the game for PC and consoles is planned for 2023.

War Robots: Frontiers was built from the ground up for modern PC and consoles powered by Unreal Engine 5 to deliver intense, tactical skirmishes featuring massive, highly customizable mechs. The game is set 200 years after the original War Robots and players fight over a system of worlds called the Wild Ten.

The games are played in fully destructible environments on distant planets in intense 6v6 matches. As the battles rage, the great iron brunt of the War Machines’ high-powered weapons will devastate the surrounding area as players struggle for control of the objectives.

Pilots must choose wisely how to use their limited number of customizable mechs during battles. Will they deploy a fast melee robot that relies on stealth and close-range firepower, or will they unleash devastating turrets from afar with heavy cannons and missiles?

Particularly successful pilots can also deploy their Alpha during the match, a massive death machine that can turn the tide of any encounter with its overwhelming firepower and tactical prowess.

War Robots is a mobile third-person shooter developed by Pixonic. The game was released in 2014 and is constantly growing. It has more than 200 million registered users, thousands of hundreds of daily active players and a huge fan base. Now the War Robots universe is expanding with Frontiers – an all-new high-end experience for PC and consoles running on Unreal Engine 5.