You should definitely keep an eye on Sekiro with Open World: The Perceiver 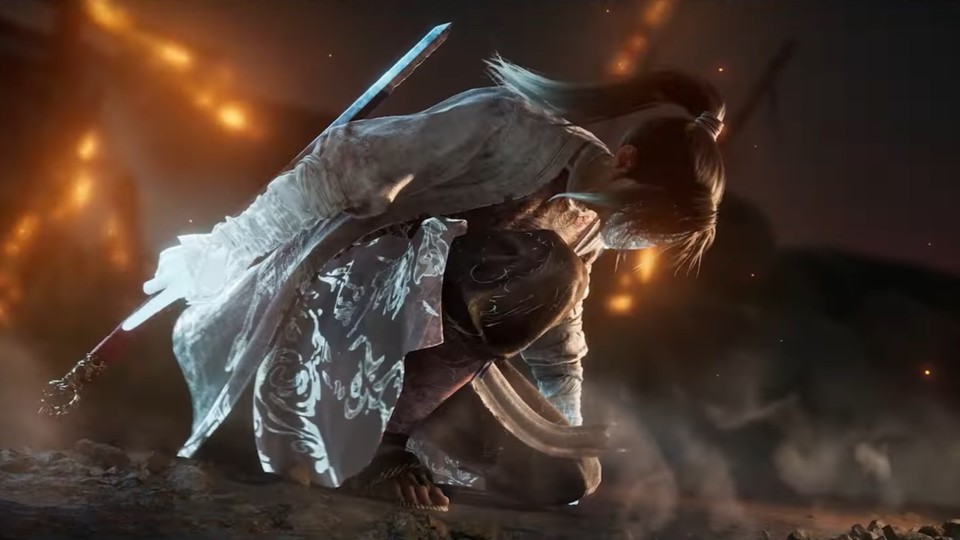 
Project: The Perceiver – New action RPG reminiscent of Sekiro and Ghost of Tsushima

Fans of Sekiro can eagerly keep their eyes on a newly announced game, namely Project: The Perceiver. Whether that’s the final title for the upcoming action game or just a tentative title we don’t know yet, but what we see in the first announcement trailer does get us excited.

Fans of Ghost of Tsushima’s open world could also get their money’s worth, because The Perceiver also sends us into an open world. However, this is not located in Japan, but in a – probably with myths or fantasy – enriched China.

It’s all about this: The action game, which is being developed by Papergames and 7 Zhe Studios, currently has no release date. We only know that it’s on PS4 and PS5 should appear, but it could still be some time before then. So far there is not too much information about the game, but the trailer shows a lot of fast-paced combat action – and it makes a really good impression.

How the main character faces various enemies in open spaces or on roofs and beats up bosses is reminiscent of FromSoftware’s Sekiro, as parries seem to play an important role. Also think of the Nioh series or the upcoming Team Ninja game, Where Longwe might think, just as the ending shows mythological or fantastic characters.


Masks seem to play a crucial role in Project: The Perceiver.

We’ll see if the difficulty level actually corresponds to an unforgiving Soulslike or more like a Ghost of Tsushima. We can also be curious how much story is in The Perceiver. The first trailer puts a lot of emphasis on the combat, but we also get a little taste of the story.

Our protagonist Tang seems to return from the dead again and again in a merciless game in order to reach his goal: This component also brings to mind Souls games, in which dying and resurrection is not just a game mechanic.

There are two other exciting action games with a Chinese setting that might interest you. While Wo Long will be out in March, Black Myth: Wukong doesn’t have a release date yet:

Two other interesting aspects of The Perceiver: Masks seem one play a big role in the game and not just be fancy armor, but grant special abilities. We also catch a glimpse of fast-paced parkouring action. So we can be really excited to see how these promising components mesh.

What do you think of Project: The Perceiver at first glance and what kind of game do you think we can expect?