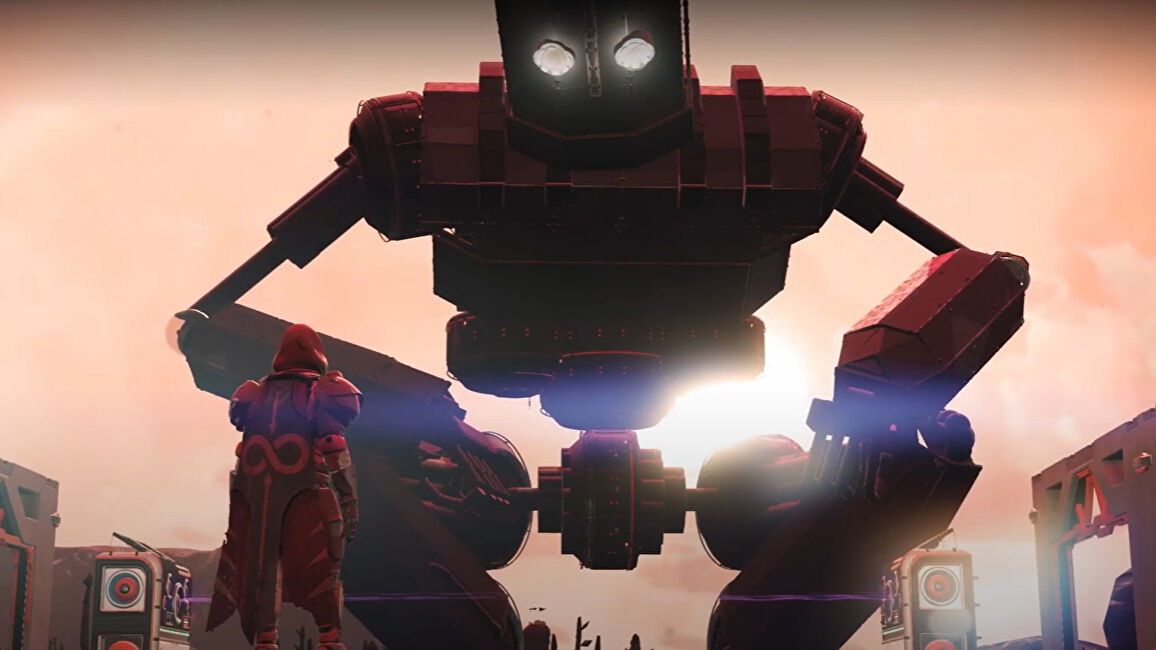 One No Man’s Sky player has made a standalone app that lets you construct bases by moving, snapping together, and coloring parts ready to slot straight into the game. Technical artist Charlie Banks has popped the base-building app up on NexusMods, and has used it to create a massive robot that looks a little like the Iron Giant squatting down. Banks compares the base-building app’s simplicity to Oskar Stålberg’s procedurally generated hamlet-crafter Townscaper, although it seems a bit more complicated than that game.

The base-building app supports both importing and exporting, so you can fiddle with your existing No Man’s Sky bases as well as knocking together some creative new ones. My favorite example that Banks gives is a humongous Christmas tree, complete with lights, right slap bang in the middle of a hillside base. I don’t tend to get into the spirit this early usually, but seeing that did make me remember to get on with the festive shopping. The app seems to have caught the attention of Hello Games’ Sean Murray, too.

Banks’ base-building app is a standalone spin-off of previous work developing a similar plugin for 3D modeling tool Blender. It lets you select what parts you want from an asset browser and slot them into your under-construction base of choice. All you need beyond it is a No Man’s Sky save editor and, erm, the game. Banks says to expect some bugs as the mod is still relatively new, and that presets and power management aren’t included just yet. You can take a look at Banks’ base-builder app in action below:

⚒️ Stand alone app
🌇 Townscaper-ish, with fun ways to move, snap and color base parts
🚀 Simple, focused, and made purposefully for NMS.
🔁 Import/Export into the game@NoMansSky @hellogames pic.twitter.com/leG2lRHbQ3


No Man’s Sky is on Steam, GOGand the Microsoft Store for £40/$60/€55. PC Game Pass subscribers can download it through that. If you fancy building your own base with Banks’ app then you can find it here.