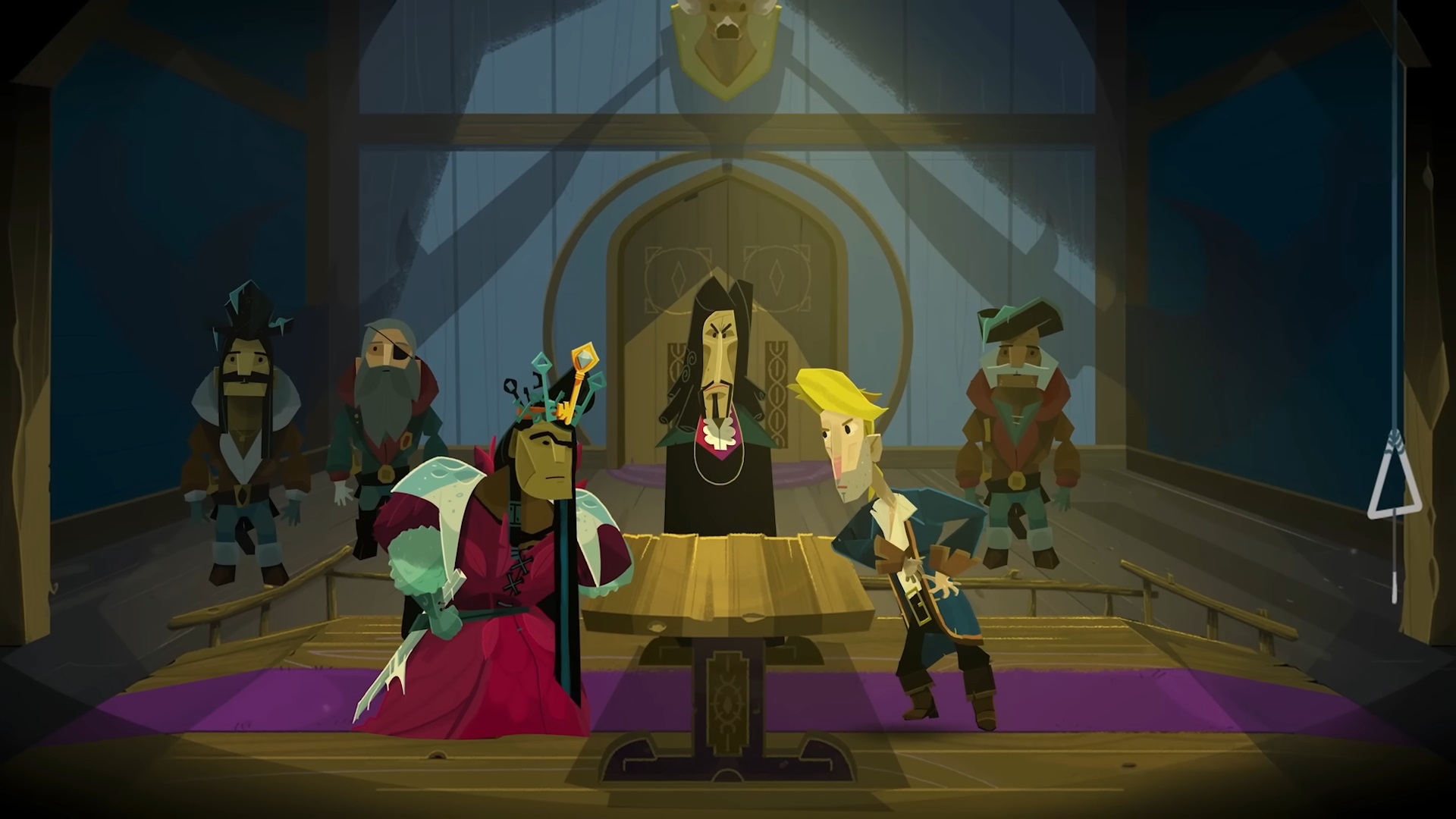 Following its release on Nintendo Switch and PC, the long-awaited sequel to Monkey Island, Return to Monkey Island makes the leap to the current generation on Xbox Series X. This series is one of the benchmarks in terms of graphic adventures, and 32 years after the launch of the first game, it returns but now with more graphic power.

Return to Monkey Island comes to us from the developer Terrible Toybox and plunges us into a nostalgic return to the mythical Monkey Island that gives its name to the game. It’s a brilliantly written adventure game with authentic voice acting that captures the spirit of the early games with modern touches.

I will make a condensed version of this review, and I will only focus on the Xbox Series X version. If you want more detail, you can access this link.

The story begins with the son of the protagonists of the previous installments, Guybrush and Elaine, Boybrush, in a short section that serves as a tutorial. Once we got into the matter, our hero Guybrush Threepwood tells us the story of how he found the treasure after the events of Monkey Island 2: LeChuck’s Revenge.

It is a story that addresses old issues that fans of the series have always had pending. We are also given morals about how one loses perspective in the face of meaningless obsessions and things like that. It can’t be a Monkey Island game without the clever sense of humor that the series displays.

Old acquaintances will return as LeChuck, as well as other new characters like Captain Madison. The game will last approximately 10 hours in which we will find everything like situations, comical, surreal, disgusting, etc. It has a lot of fan service, and not as something bad, more like a debt that had been waiting for 32 years.

The game has two difficulty modes: Casual Mode and Hard Mode, where the first gives us constant clues on how to approach the puzzles we find in order to focus on the story, while the second is the usual classic experience in which the things get complicated and we must use our heads to solve the puzzles. While Terrible Toybox has implemented a hint system that offers subtle hints. These tips gradually increase the help if we are very stuck, so that we reach the conclusion of the puzzle if the game understands that we need help. 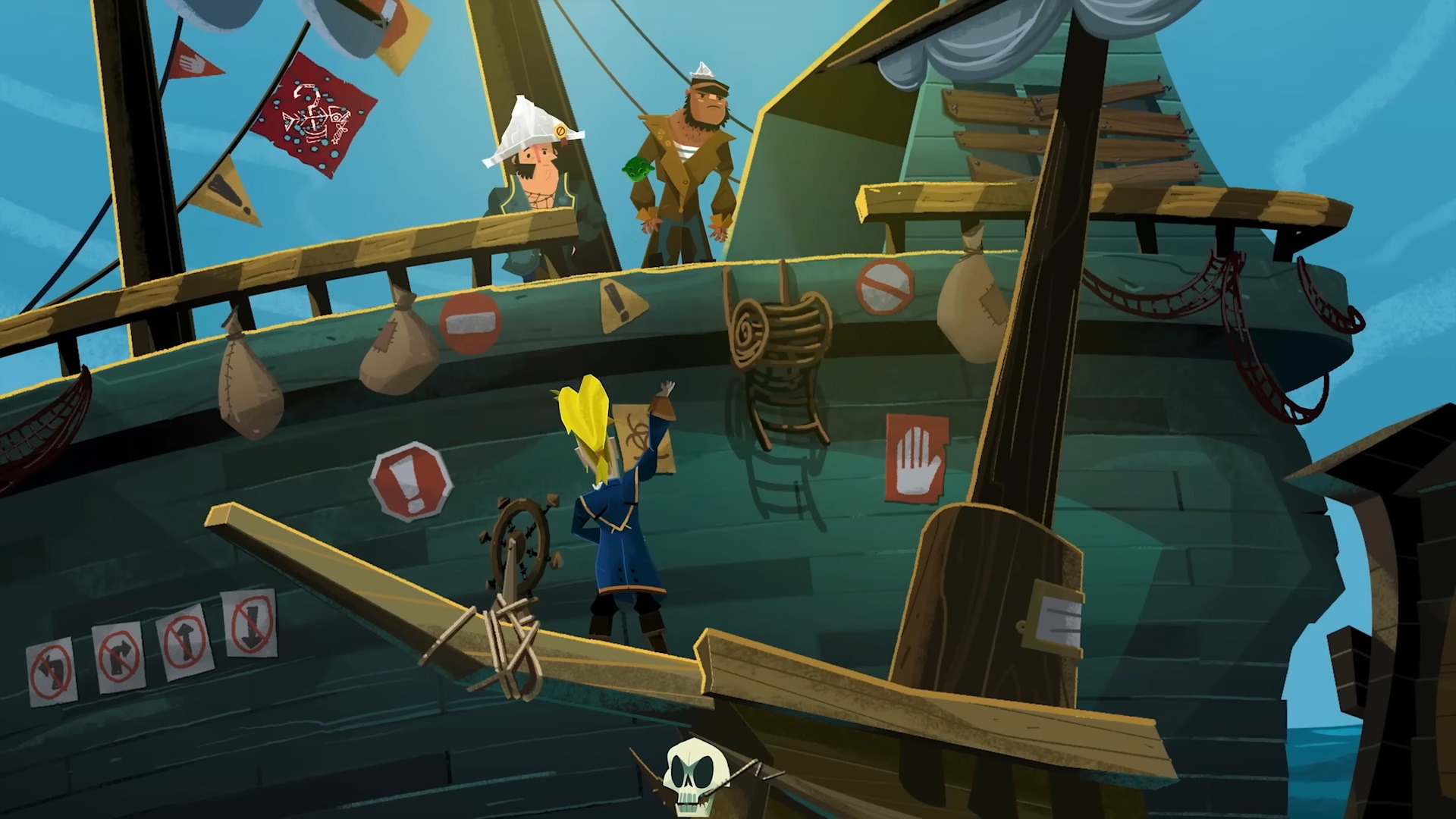 One must remember the roots of Return To Monkey Island as an adventure game of point & click, Now, although it is played on Xbox Series X, we can only use the controls. By managing the characters, we will wander through the brilliantly represented settings, being able to talk with NPCs, investigating clues and obtaining key objects to solve the puzzles.

Puzzles are the cornerstone of the game and there are many of them cleverly created. First, to solve them, we must search the entire scene for that key piece that we need, we can interact with the objects that stand out in the area and save them in our inventory. Once in front of a key device, we can use those objects that we have previously obtained. The objective is to know how to use the head to determine where those pieces go or how we can access certain places. 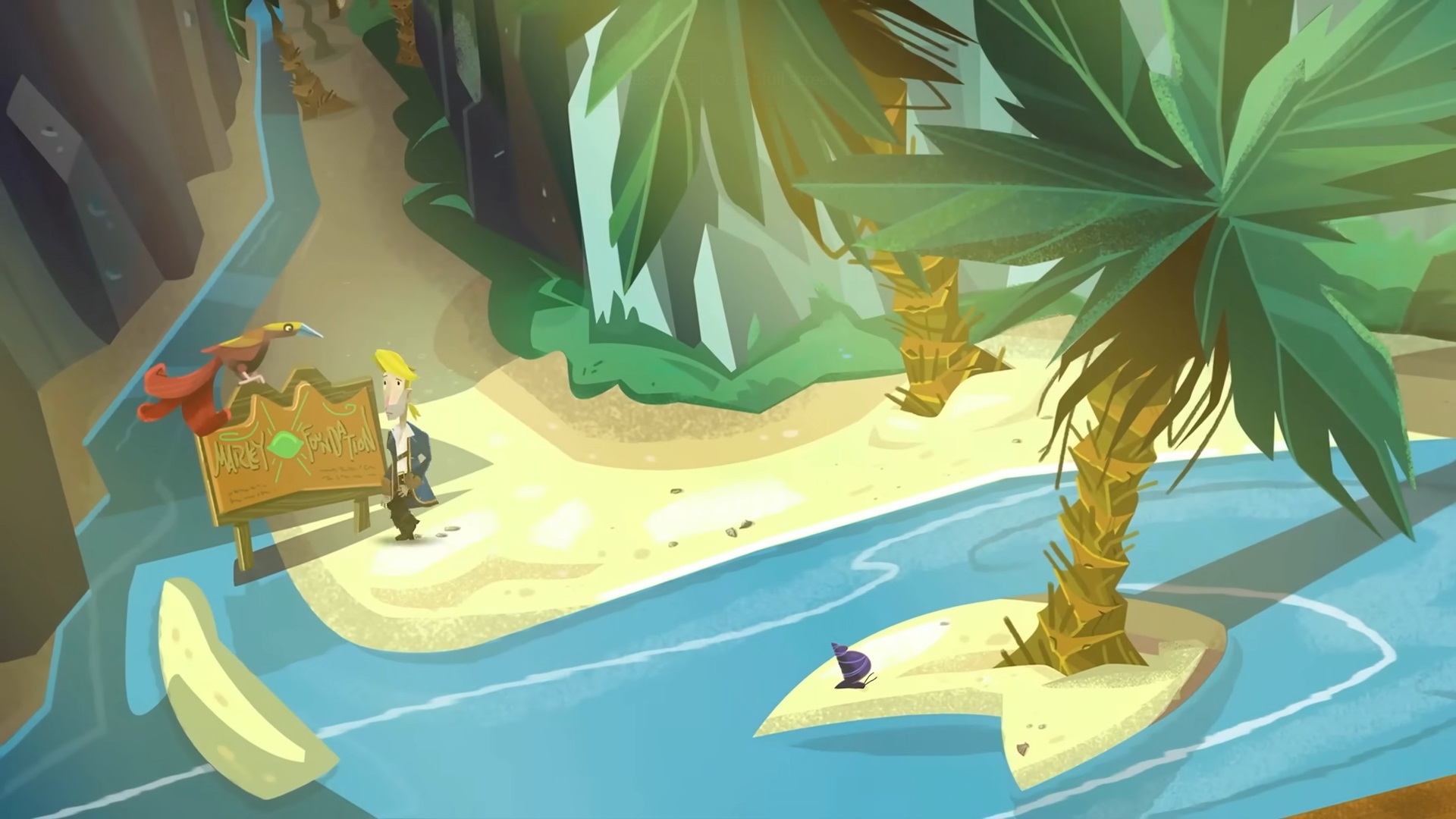 Something for which he stood out and that the fans did not like very much was his graphic style, which really suits him. Now his part is more in line with a cartoon style, and the graphic humor depends a lot on this. It has a very marked style of colors and strokes. When playing on Xbox Series X, the game runs at a much better 60fps frame rate than on Switch. Animations look much smoother and more fluid. Also, in addition to the well-designed characters, the environments offer that magic of seeing things happening in the backgrounds, with a slight 3D touch.

Another of the characteristics for which the previous games stood out was its great soundtrack. For this installment, that was not left to chance and Clint Bajakian, Michael Land and Peter McConnell are back, who in addition to always working with the series, have resumed the orchestral tone that fans like. The voice acting work is just great, he reprises the role of the lead Dominic Armato, plus the other actors do their job very well.

Return to Monkey Island is a worthy sequel to what was left in its place 32 years ago. We have a good helping of puzzles, performances by memorable characters, nods to previous games, and music by the best composers in the saga. Its artistic section, we particularly loved it and with the complement of the personalities of the characters, worth the redundancy, it is a good representative of the genre.

Note: This review was made on the Xbox Series X version and the code was provided thanks to Devolver Digital.