WoW: Bringing back old event drops? Might be worth considering, Blizzard 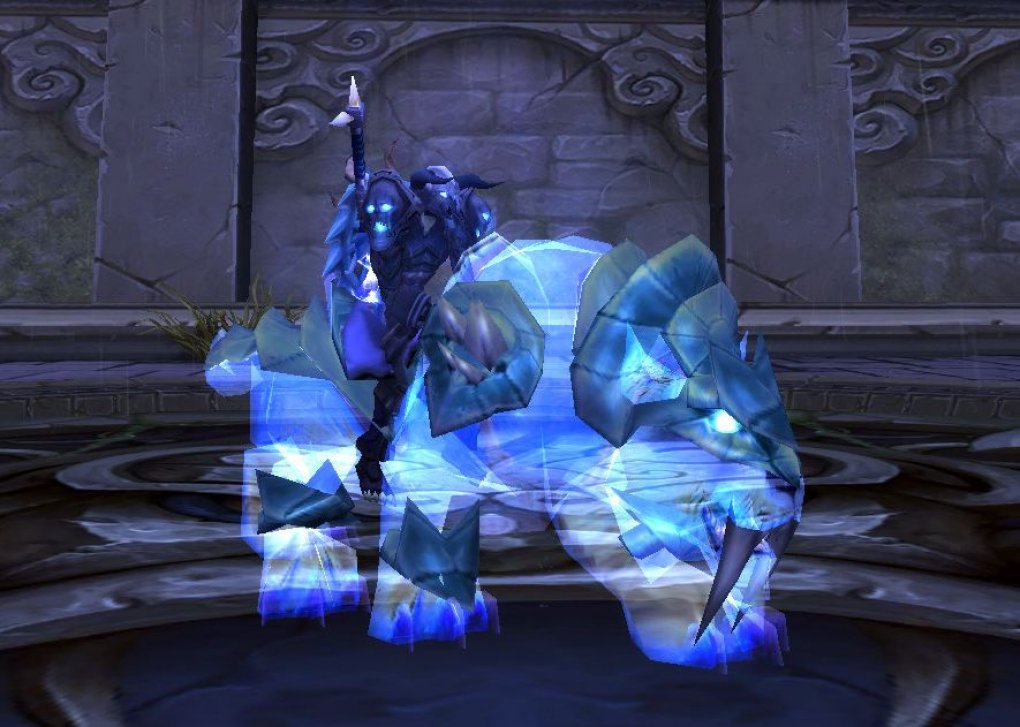 In WoW’s Game Director Ion Hazzikostas mentioned in an interview recently that the return of old event mounts (such as Tyrael’s charger) is quite unlikely. Later he says that you must have been there at the time. Players earned certain achievements, titles, mounts, and some transmog items at a time when the content for them was still current. You don’t want to take that away from players.

Also, he’s right when he says that many prestigious mounts can still be collected later (with a lower drop chance). Small adjustments to drop chances or the return of old mounts would probably be the easiest to implement and at the same time the most popular content that Blizzard developers could shake out of their sleeves. the Adjusted the drop chances for the MoP world boss mounts has shown how many players can be encouraged to engage in content as simple as world boss camping. For most players, mounts and transmog are still above all other things in WoW – because mounts and transmog are for eternity, endgame equipment is not.

Achievements and titles still represent that a player has previously completed a difficult challenge…or paid gold for it. I’m also critical of reintroducing old titles and achievements that have been removed from the game. But what speaks against introducing old mounts and transmog items?

What speaks against it, the original version of iconic weapons like Tebu’s long sword back into the game and let people farm for it if they feel like it? Should we really allow collectors these gaps in their collections? Would it really hurt players who, for example, played through the WotLK pre-event back then if the Recolor T2 sets be reintroduced?

There might be a few who would complain, but the rest of the community could be made very happy. And Blizzard could solve a problem that has been in WoW for ages (buy now ) exists: the unused old content.

How much prestige do old items really still have?

Or let’s take the example of Tyrael’s charger. At that time, this mount was available for players who took out an annual subscription to WoW and received Diablo 3 for free at the same time. Question: How many other players do you see flying around with this mount? What rare, old, or removed mounts do players still use often? Is it really an achievement to have bought Diablo 3? Does a rare mount really represent prestige, or rather luck?


WoW: Bringing back old event drops? Might be worth considering, Blizzard (2)


Players take whatever mounts they fancy. Some have the random mount feature enabled, others customize their mount to match their transmog – the rarity of the mount doesn’t matter. With some mounts you can “pose” well, such as with the TCG mount Fast spectral tiger. They show how easy Blizzard can devalue TCG mounts with the Twitch Drops for the Fel Dragon (previously worth thousands of euros and one of the rarest mounts in the game). Super rare mounts are not immune to such actions anyway.

I own this super expensive mount and have already had some amazed reactions to it. I don’t know about you, but even the fanciest, rarest, most prestigious mount personally gets boring at some point. I haven’t ridden my spectral tiger for years. And even super rare mounts like Invincible, which you have farmed for years, you saddle up a few times and then return to the mount, which fits better with the transmog or similar.


WoW Dragonflight: In this guide we give you a few tips for quickly farming traditional armor in the pre-event!


Shortly before the release of Dragonflight, World of Warcraft is coming up with a pre-event that is impressive: speed levels up to 60 including unlocking traditional armor from level 50 plus complete ilvl 252 gear for almost nothing. Watch our Dark Iron Dwarf Shaman do it in this video tip!

You don’t have to devalue the players’ Qiraj tank drone right away. but don’t you also think that bringing back old mounts and transmogs or increasing their drop chance is a nobrainer to create new incentives in the game? I’m looking forward to your opinion in the comments.