Sable update sends you fishing in the desert 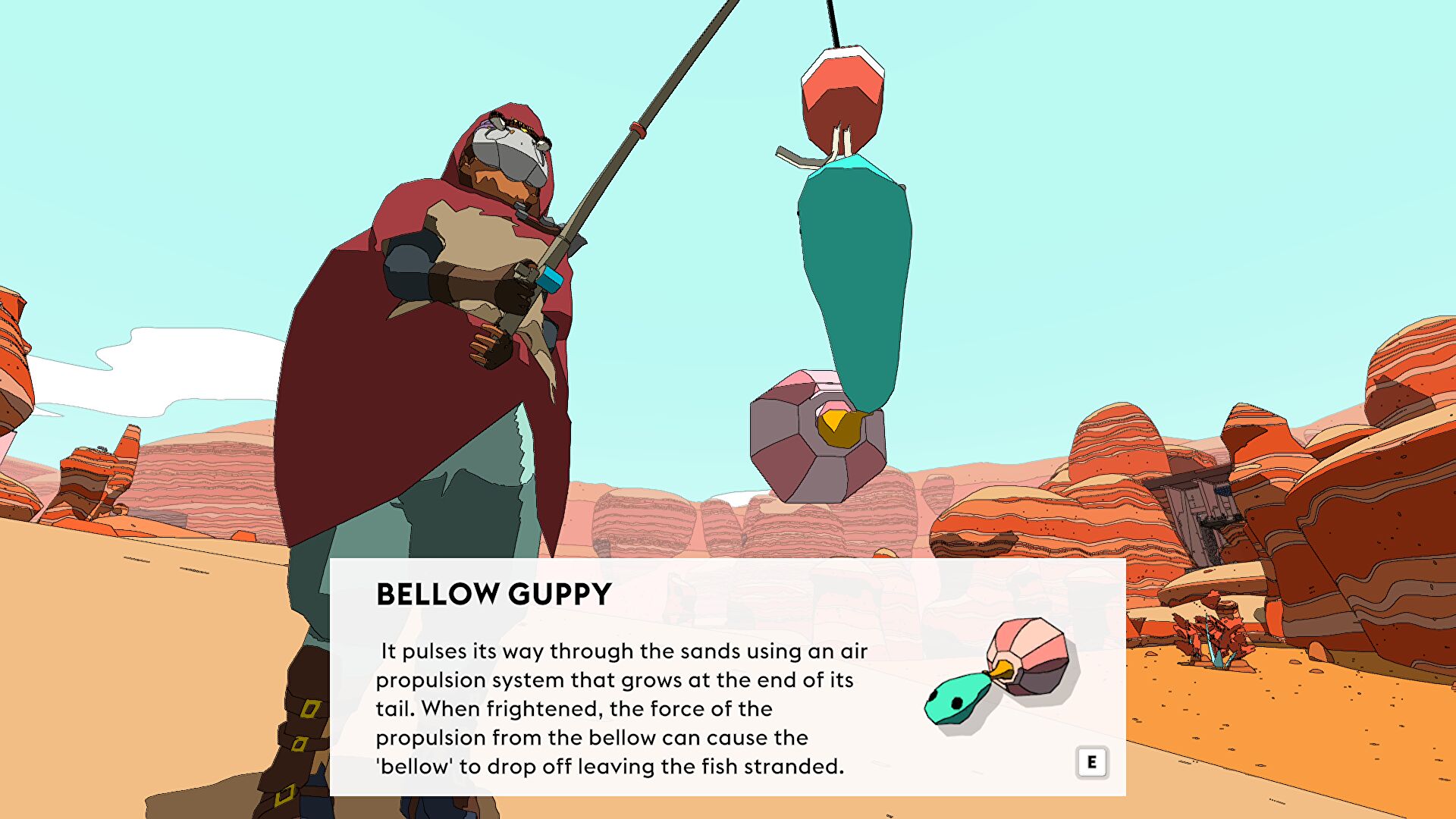 In a game about someone navigating the competing pressures and existential angst inherent to choosing a career, it seems appropriate that an update would let them sack it all off and go fishing. Sable hasn’t quite done that, because yesterday’s update sends you hover-biking off after enough fish to earn the right to don the new, professional mask of a desert angler.

On your bike, then.

To nab your first fishing rod you’ll need to head back to Sansee, where “a fabled angler known as Yoshi” has just set up shop. Catch enough fish for them and they’ll hand over the Angler Mask, which is how people gatekeep access to professions in Sable’s world.

Fishing takes place in its own new mini-game, which the update notes don’t describe but I’d presume plays like all the other videogame fishing mini-games. You’ll be catching sand fish, not sandfishwhich from the look of the screenshot above seem like they’ll come with their own little descriptions for how they traverse the dunes.

There’s also another new character: “a Researcher who needs help completing their collection of fish and butterflies”. They come with a vivarium where you can stick your fish, and, indeed, your butterflies. There are a few more bike parts and clothing options, too, plus a bunch of bug fixes.

It’s been just over a year since Alice B’s Sable review, in which the bugs that plagued the game’s launch only partly explained why she “simultaneously loved the beauty and strangeness of Sable’s world, but was tormented by having to exist in it.” Alice O shared similar thoughts when she played last month.

See also  %%title%% Cyberpunk 2077: Phantom Liberty will be the only expansion for the game