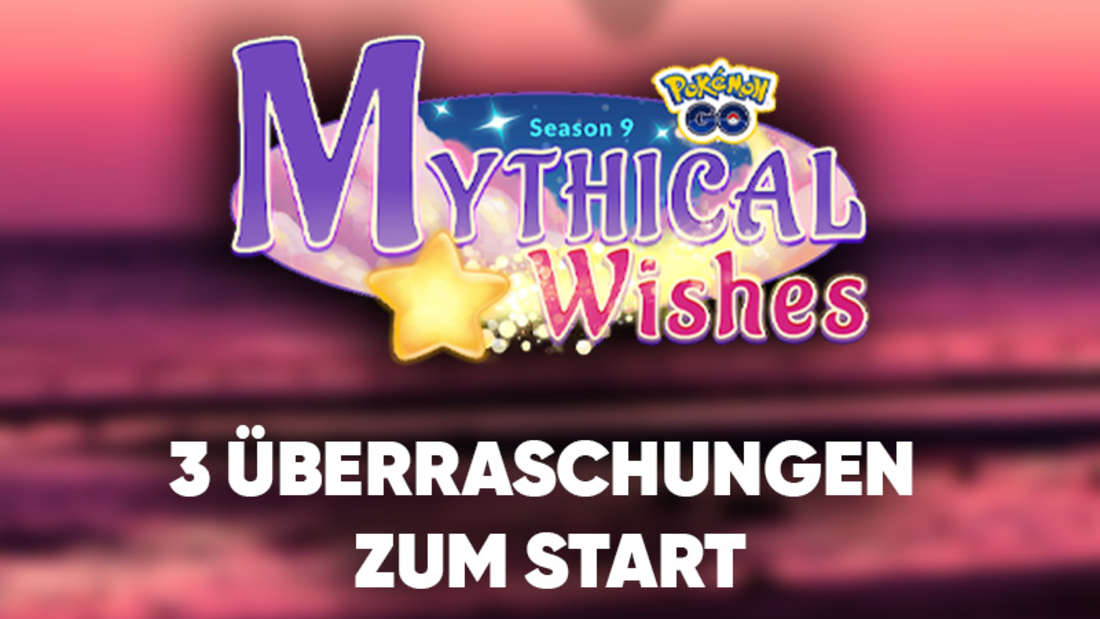 Pokémon GO kicks off December with the new Mysterious Wishes season. Niantic has garnished the season with a few nice extras.

San Francisco – Pokémon GO December marks the arrival of the new Mysterious Wishes season. Niantic already has a few small, nice surprises ready for the players before the big events of the month, which will also make professional trainers sit up and take notice. In particular, the reintroduction of a very special Pokémon surprised us and will make some Pokémon fans enthusiastic. In our article we tell you what the three little surprises are?

What are seasons in Pokémon GO? The seasons in Pokémon GO change about every three months. Each season brings its own motto. The theme of the season starting today is Mysterious Wishes. For example, the spawns in the wild are changing with the new season, other Pokémon can also be hatched from eggs, and the Pokémon in the raid battles are changing. But that’s not all: If you want to know more about all the changes of the current Mysterious Wishes season, you should definitely read our article that explains everything in detail.

See also  Fortnite: Season 4 start time - when will the servers be back online?

The first surprise of the Mysterious Wishes season: The first surprise consists of a small bonus from Niantic and is more of a cosmetic nature. Because of the change to the new season, Pokémon GO has received a chic, new loading screen that will adorn the intro of the game for the next few months. It doesn’t sound particularly important, but ambitious coaches open the app many, many times every day. That’s a bit of a visual change really quite nice. At least the fans seem to like the new loading screen.

The second surprise of the Mysterious Wishes season: This time it’s about completely new boxes, the content of which is really impressive, because Niantic put an “Ultra Box” and a “Special Box” in the shop.

However, the joy about the very good content of the boxes at this price ratio did not last too long, because the developer Niantic has since removed the boxes from the shop. The boxes may also have been activated too early, more details are not yet known. However, it could be that the offer will be available in the shop again soon.

The third surprise of the new season Mysterious Desires: Zorua appears to be officially back. The Pokémon was originally introduced in Pokémon GO on October 25th, 2022, but the launch of the new monster was planned by some bugs and errors, so Niantic had to remove the Pokémon from the game again with its second introduction. This may also be due to its special feature: Zorua disguises itself like your buddy Pokémon to mislead you. Then, if you come across a Pokémon in the wild that looks like your buddy Pokémon, Zorua can hide behind it.

See also  Pokémon Go: Kirlia - the 15 most effective counters in the raid

Pokémon GO: The Season of Mysterious Wishes – All Raids and Events in December 2022