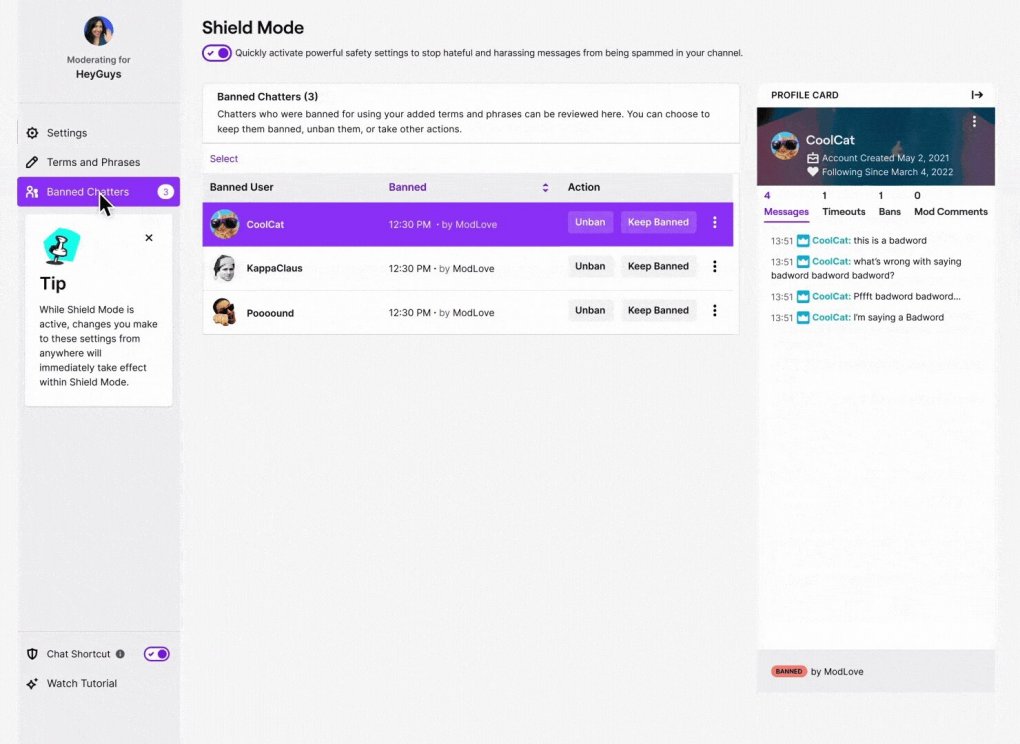 Lately, people from live streaming platform Twitch are implementing more and more features to protect users from danger. More recently Precautions against online grooming made and now a new feature called Shield Mode ensure that streamers can prevent hate raids on their channel with various settings.

Hate raids have become a major problem on Twitch in recent years. Organized groups or people with a bot army pick out mainly LGBTQ streamers and bombard their chat with hate messages. Already at the beginning of the year, Twitch has over 15 million of these bots deleted, but it’s also a bit of a battle against windmills. Shield Mode is intended to ensure that streamers can protect themselves from hate raids with just a few clicks and optionally moderate their chat more drastically.

This is what the new Shield Mode feature can do

Shield Mode is easy to use for the streamer and their mods and fully customizable to the needs of the channel. The streamer decides what combination of settings makes sense for their community and when to use them. This includes Channel modes (e.g. followers or sub-only chat), chat verification options (phone or email) and AutoMod levels.

See also  Realme 9i: the new Realme mid-range arrives with the Snapdragon 680 and a huge battery

Streamers can open Shield Mode from their channel page, stream manager or mod view to adjust their settings – and if they disable Shield Mode, their security settings will be back as before. The Shield Mode can also be used quickly with the Chat commands /shield and /shieldoff enabled and disabled, and a shortcut for Shield Mode is enabled by default on the channel page and mod view.

With Shield Mode enabled, streamers can type specific terms or phrases and then ban all users who have recently used those words in chat at once. Streamers can access this feature from the Terms and Phrases tab, and anyone using these terms will be automatically banned. Additionally can “No First Time Chatter” activated so that no one can write in the chat who has not previously been active in the chat on the channel.

If streamers are worried they’re going too far and losing good community members, don’t worry: streamers and their mods can check the banned users list in the Banned Chatters tab and unban, keep, or report to Twitch.


Twitch streamer “rostislav_999” had a different idea of ​​setting hands on fire for a cosplay. But the hands are fine.

Just Youtube things: Stock photo experiment – where pictures end up, how they are used

Banned terms and phrases are reset after each Shield Mode session, so your community isn’t inadvertently impacted by older terms that are no longer in malicious use. At launch, Twitch streamers will be required to submit a separate report for each banned user, but Twitch is actively working to simplify this process in future updates.