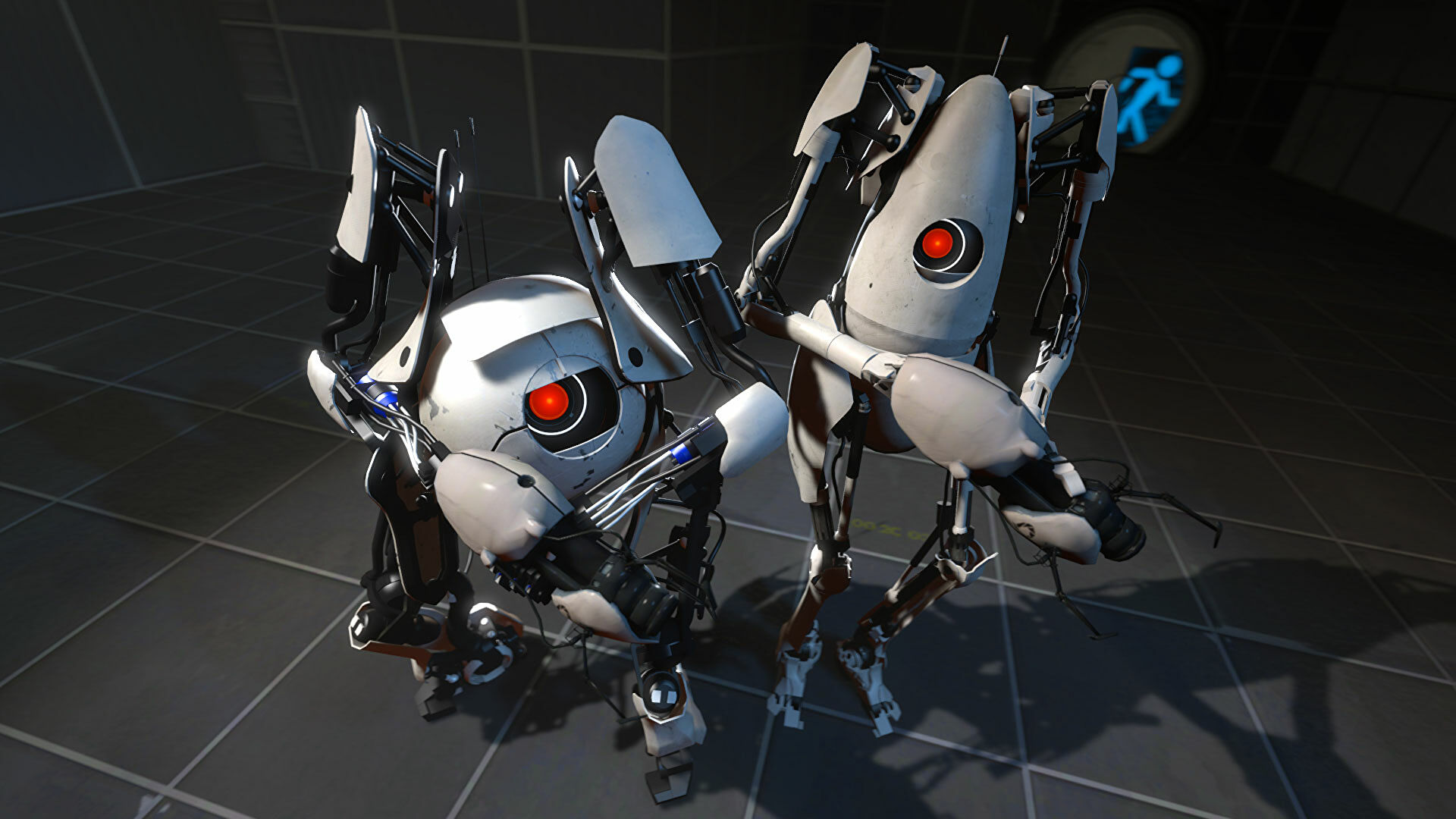 Unlike buses, Valve games do not come in threes. That isn’t about to change anytime soon, but one of the main writers behind both Portal games has revealed that they’ve got a “pretty awesome” idea for Portal 3. Erik Wolpaw say he and fellow Portal 2 bum Jay Pinkerton have even floated that idea around Valve, to a positive response. It’s totes on the cards, is what it sounds like.

The news comes from Wolpaw’s recent interview with YouTuber DidYouKnowGaming, which is also worth a watch to learn about all the ideas Valve didn’t wind up using in Portal 2. At one point it had bullet time.

In Wolpaw’s exact words, “Jay and I have an idea that we think is pretty awesome for what would happen, generally speaking”. It’s worth quoting his caveats in full, mind:

“We don’t have a script or any details worked out, but we have sort of a starting point that we like a ton. So you know, it’s good we have this idea but there’s a lot left to do. Someone’s gotta think up some new portal puzzles! But we do have an actual idea, yes.”

“But again, us having that idea versus actually committing to making a game is a way different thing. It’s not unknown, but there’s no formal pitch process at Valve either. It’s always kind of a, you know, grassroots campaign I guess.”

Interestingly, Wolpaw recons one of the big reasons Valve haven’t made a game with a three in it is because developers tend to be more interested in making sequels than threequels. He argues that when devs finish the first game in a new IP, they can look back and see everything they want to fix. By the time they’ve done that with a sequel, they’ve already fulfilled their creative vision.

From a writing perspective, at least, Wolpaw and Pinkerton are still keen (as is Glados). Wolpaw also thinks part of the reason Portal 3 hasn’t happened yet is just poor timing, seen as its bad form at Valve to start a new project while many of the developers are hunkered down during the less exciting phases of other work.

It’s neat to hear about the ideas that got cut from Portal 2, too. At one point they planned to stick the player in a Small World style Disney theme park ride full of Aperture propaganda, but dropped that in favor of sprinkling lore more evenly throughout the game.

You could also kill Cave Johnson, or at least a version of him uploaded into a special companion cube. The digo-murder was supposed to be part of a puzzle, but part of the reason it got scrapped is apparently because they couldn’t get the physics on it to work properly. The team also got pretty far with developing adhesion gel, which would have let you walk on ceilings and walls, before binning it because it made people too sick.

I’m glad that didn’t make it in, but I’m a little gutted they did away with bullet time. It’s inclusion was originally intended as a way of making high-speed aerial tricks more accessible, but ultimately felt too gimmicky while muddying the simplicity they were aiming for.

You’ll find plenty more details in DidYouKnowGaming’s vid above, and even more in this one here. If that’s not enough to sate you, here’s John Walker’s piece from a decade ago (ahhhh) on the version of Portal 2 that didn’t have portals.