Biologist canceled participation – is now writing his own YouTube story 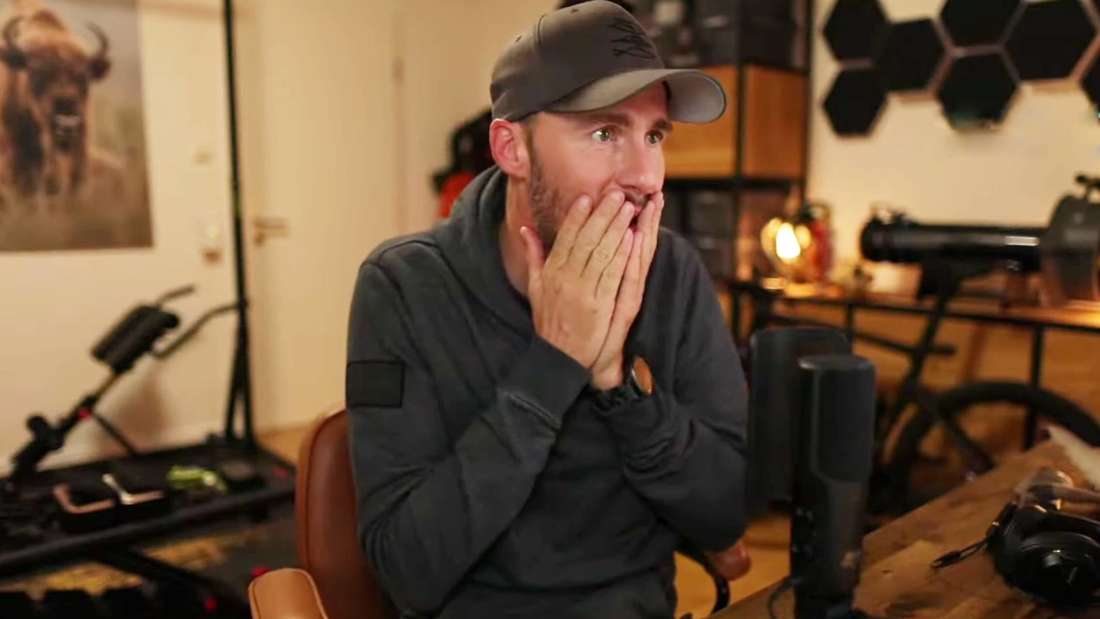 Actually, biologist Robert Marc Lehmann should be seen as a participant in 7 vs. Wild. After his cancellation, he simply writes his own YouTube story.

Panama – Few people would have turned down a personal invitation from Fritz Meinecke to the second season of 7 vs. Wild. However, the environmentalist and marine biologist Marc Robert Lehmann had no choice due to his own projects. But his cancellation was a huge success for him, because his reaction streams on the current episodes of the survival show are almost a must for fans. A YouTube live stream surpassed everything and left the otherwise articulate biologist speechless.

It’s about this fast participant: Robert Marc Lehmann was originally scheduled to be one of the seven contestants in the second season of 7 vs. Wild. The marine biologist would have been well prepared for the YouTube survival show, because Robert has already been to the jungle on various expeditions and has already been able to gather plenty of tropical outdoor experience. However, with a heavy heart he had to cancel his participation because of his own project in Peru in the same period.

Even if the biologist could not compete as a candidate on the survival show, Robert Marc Lehmann is considered a “7 vs. Wild” expert among the fans. His reaction streams are eagerly awaited by viewers after each new episode, and one of those streams has now broken all records.

Community collects donations: Among other things, the marine biologist is actively involved in the protection of species around the world with his “Mission Earth” project. So it’s no wonder that the scenes of Otto’s shark find in 7 vs. Wild visibly take him away. During the stream, Robert explains to his viewers that illegal shark fishing is the reason for the chilling discovery. One of his fans then triggered a veritable flood of donations for the marine biologist and Mission Earth.

That happened: “If everyone now pours in two euros, we have 70,000 euros”, this appeal from the enthusiastic fans was followed by many of the live viewers. Robert couldn’t believe how much money accumulated from the donations in the following minutes. “What is going on here?”. After three hours, the marine biologist’s community managed to collect an incredible 100,000 euros. After Robert found his voice again, he captured the moment in a cell phone video.

With the entire 7 vs. Wild gang looking at me, what’s happening here is one of the sickest things of all time […] These are all donations that come in for sharks, I don’t know if there’s ever been something like that on YouTube.

Fans are excited: Even after the live stream, the fans are enthusiastic about the spontaneous fundraising campaign. Viewers diligently share the incredible moment on Twitter under the hashtag “HaiBockAngriff”. So Robert Marc Lehmann got the best out of the survival show despite his cancellation at 7 vs. Wild. We will probably find out in the next few days whether the next reaction streams for the latest 7 vs. Wild episodes will also have an impact.