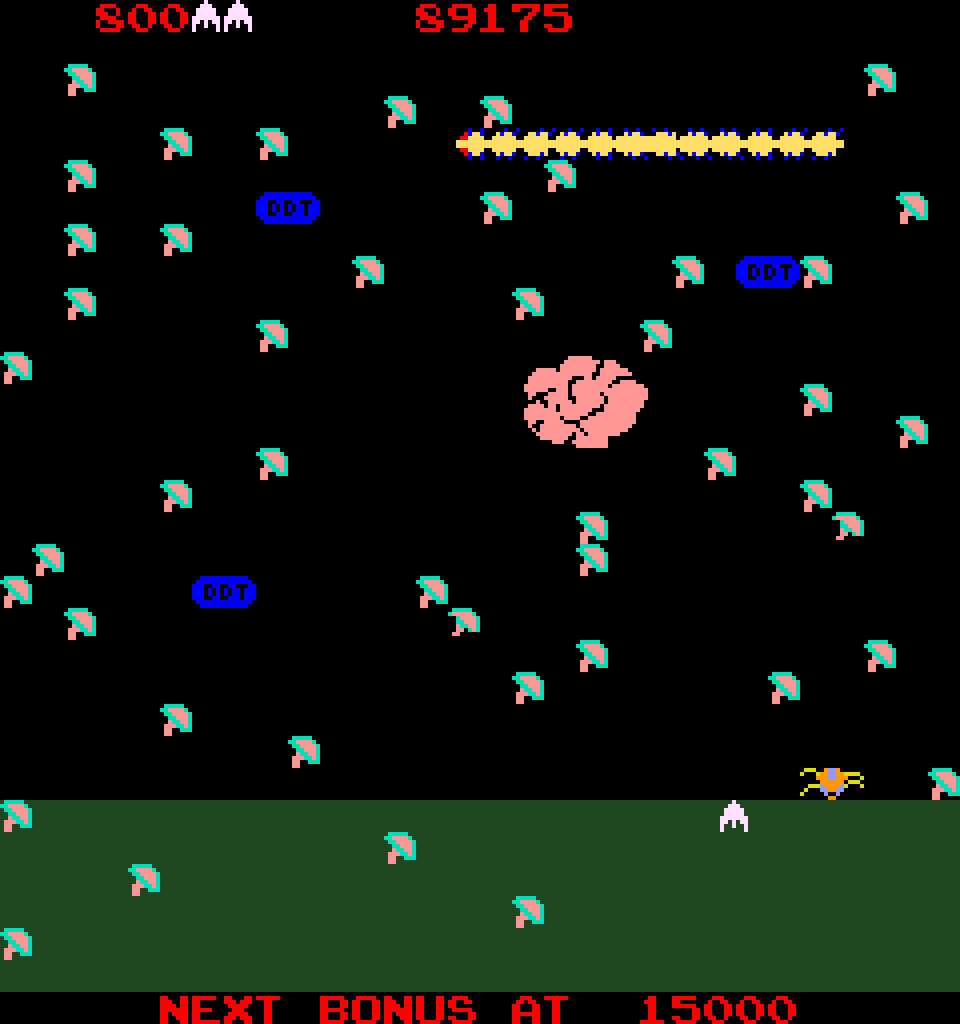 Mark Cerny was born on August 24, 1964 and grew up in the San Francisco Bay Area. Exactly where – not least thanks to the renowned Stanford University – more and more technology companies have been cavorting since the 1950s. Even as a teenager, Cerny, who was enthusiastic about programming, was fascinated by the then newfangled arcade games. So much so that Atari takes notice of him and offers him a job. Cerny, then just 17 years old, could hardly believe his luck, gave up his studies at the University of California in Berkeley and, on January 18, 1982, threw himself into his first projects at Atari with full vigour, above all Millipede, the sequel to the 1981 shoot ’em up hit Centipede.

Cerny, whose name did not appear in the game’s credits at the time, is helping out designer and programmer Ed Logg, and is responsible for, among other things, an algorithm that causes mushrooms to grow back on the playing field. Millipede was released on November 12, 1982, quickly became a real coin eater and in 1983 was the fourth highest-grossing arcade machine in the USA.

At this point, Cerny is already supporting Owen Rubin in the development of The Adventures of Major Havoc. The title uses vector-based graphics and puts the player in the role of the intergalactic superhero Rex Havoc, who must prove himself in a series of different gameplay challenges in order to blow up robot-guarded space stations and save his enslaved people rescue.

Even then, Major Havoc conjured up cool wireframe 3D sequences on the screen and combined shoot’em up and jump & run passages in an interesting way.

Marble Madness: Technique to fall in love with

Child prodigy Cerny made his real breakthrough at Atari at the age of 18. At that time, he and colleague Bob Flanagan had initially worked on a concept for a video game about pop star Michael Jackson. However, since this does not get the green light, the duo now focus on designing a game that is in line with the new company specifications.

Atari’s motto after the big video game crash: Unique gaming experiences should be created, ideally with a real two-player mode in which the participants do not take turns but compete at the same time. Lead designer Cerny initially commits to the isometric view and then experiments with different gameplay concepts, including miniature golf and car racing on extra-long courses.

Since his superiors dismiss the first idea and the latter is not technically feasible, Cerny decides on a time-limited race between two marbles, which have to make their way through an obstacle course. The highlight: Both players control their marbles using a trackball and enjoy – for the first time ever in a video game – real stereo sound.

The fungal growth algorithm from Atari’s Millipede (1982) is credited to Mark Cerny.


Also worth mentioning is the way Cerny generates the game’s levels. Instead of creating the illusion of three-dimensional courses with manually created pixel graphics, he works with a system that assigns an elevation value to every point in a level.

With the help of ray tracing, he then determines the paths that the light takes within this height value matrix and thus creates the impressive structures of the later six courses.Did you know, that …

… that Mark Cerny was an avid gamer of the arcade hit Defender (1981)? According to one Interview with the Los Angeles Times Cerny spent countless hours with the shoot ’em up: “With ‘Defender’ it’s possible that I was the first player in the United States to complete the game (…). That means if you get more than 1 million points – there are only six digits in the score – then 999,999 becomes 10. That’s a milestone. You quit the game when your score is so high that it can no longer be displayed correctly.”

Advantage of this method: Within the isometric levels, shaded areas can be clearly seen, which enhances the 3D effect. In addition, this approach allows the use of spatial anti-aliasing and allows Cerny and his small team to soften the edges of three-dimensional objects.

Cerny would also like to have included traps and obstacles that follow the marbles, black holes and brittle glass, but he has to scrap these ideas because the arcade board simply does not have enough processing power available.

The development of Marble Madness took almost ten months and became a huge success with the US release on December 15, 1984. Above all, the precise trackball control ensures an “I want to try that too!” effect among arcade visitors and brings almost 4,000 machines sold to Atari.

Not only that: Marble Madness lays the foundation for numerous other games of a similar nature, most notably Gyroscope (1985) from publisher Melbourne House and Spindizzy (1986) from Electric Dreams Software. But Snake Rattle ‘n’ Rolll (1990) by Rare, Super Monkey Ball (from 2001) by Sega or Kororinpa (2006) by Hudson Soft can certainly be described as spiritual descendants of Cerny’s masterpiece.

Depart for the land of the rising sun

Cerny is clearly proud at the time, also because he ended up creating this hit with only two other colleagues: programmer Flanagan and artist Sam Comstock. “It was at this point that my entrepreneurial spirit got the better of me – when the teams are so small, what’s stopping me from starting my own shop?” Cerny recalled in 2006 in an interview with the Sega-16 website.

“Through contacts I was able to arrange a meeting with Hayao Nakayama (at that time the president of Sega in Japan, note d. editor) and David Rosen, who agreed to fund my next project.” 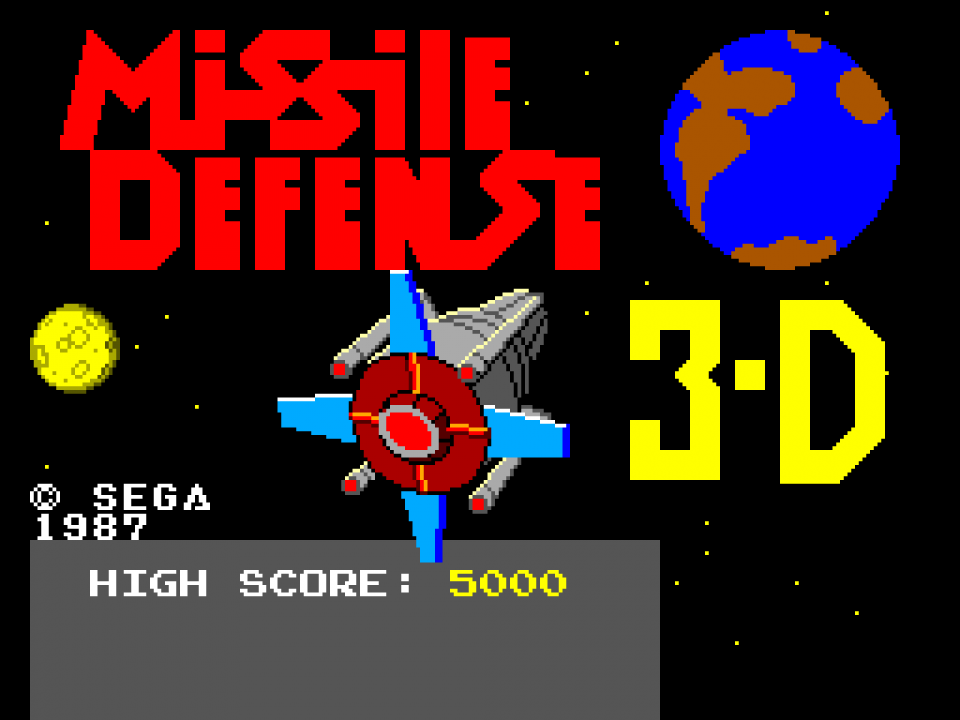 Missile Defense 3-D (1987) is considered one of the first games for Sega’s Master System 3D glasses. Here, too, Cerny took on practically all the work himself.


What initially sounds like a fantastic opportunity to develop a new arcade game for Sega as a freelancer programmer turns out to be a complicated undertaking after almost twelve months of work that is making little progress. Cerny’s financier Nakayama is also becoming concerned and suggests that the youngster put his arcade game idea on hold and instead work as a master system programmer for Sega in Tokyo.