As a spin-off series on the Addams Family, the Netflix series Wednesday is completely dedicated to a fan favourite: Wednesday Addams is burned deep into cultural memory with its iconic design and wonderfully macabre manner. The skepticism of some viewers before the release of Wednesday was correspondingly high – I had my doubts too! Eventually, actress Jenna Ortega (Scream 5, X) followed in the footsteps of Christina Ricci (also in Wednesday!), who made the character famous for good. But the release was a complete success – and even surpassed a record set by the Netflix giant StrangerThings had paused.

Netflix & Co.: (Almost) everything except Christmas – our streaming tips for December 2022 with The Witcher: Blood Origins, Dragon Age: Absolution and more!

The pioneers behind 1899: Mystery Netflix hit wows the world

Go behind the scenes of the German mystery show 1899 and find out why the crew had to push their limits – and beyond?

According to Variety Wednesday raked in more hours of stream time than any other series on Netflix in its first week. From November 21 to November 27, 2022, Wednesday was watched for a total of 341 million hours. For comparison, the previous king of this category – Season 4 of Stranger Things – managed “only” 334 million hours from May 30 to June 5, 2022. Considering that Stranger Things didn’t hit those numbers until Season 4, Wednesday’s success is even more significant. It will be exciting to see whether the monthly record will be surpassed. But is Wednesday’s success deserved? I think so!

See also  My grandmother doesn't have a cell phone. So I have created a remote device to print photos to it from Telegram

Watch Addams Family now: The cult film is available directly in the stream!

02:01
Wednesday: Trailer for the evil Addams Family spin-off on Netflix

Wednesday deserves the hype and praise

Because I really have to admit: Whether you are an ardent Addams Family fan or a newcomer – this series will captivate you. Tim Burton (Corpse Bride, Beetlejuice, Big Fish, Edward Scissorhands and and and) just proves that he has a knack for quirky worlds. Although the scenario of “Oh, another teen series with a high school and love triangles & Co.” At first glance it’s daunting, but protagonist Wednesday illustrates at every turn that she can’t do anything with the setting either. Their dry jokes and sardonic jibes at any norm are a feast for every episode. 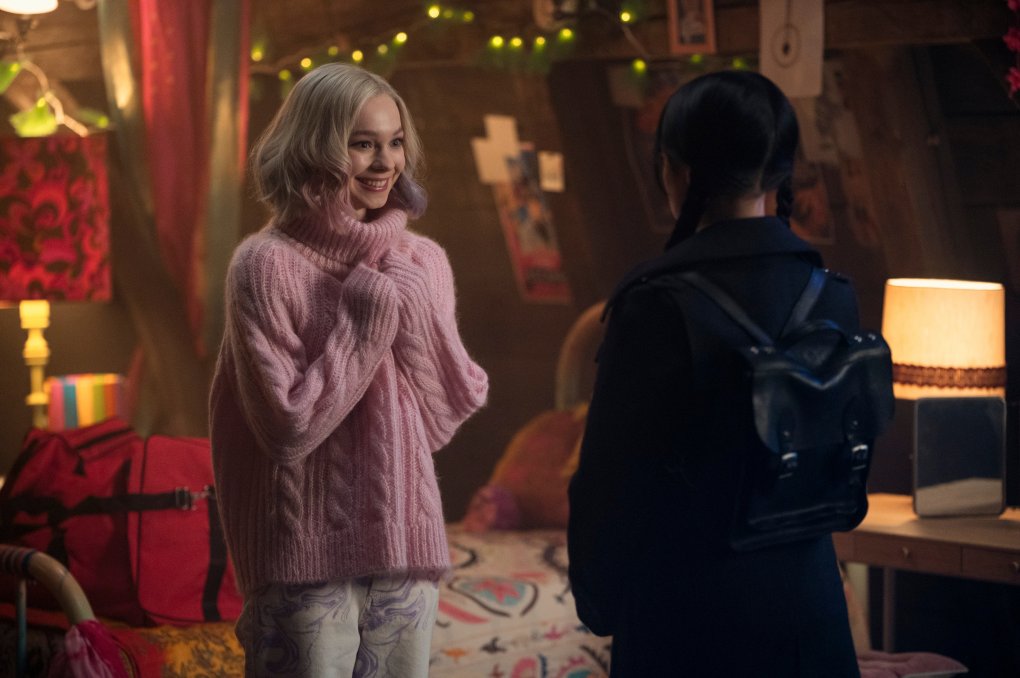 Emma Myers as a werewolf teen is one of the highlights of the Netflix series along with Wednesday.


But the cast around them also knows how to inspire. Whether it’s Gwendoline Christie (Game of Thrones) as the strict yet enthusiastic school principal, Emma Myers as Wednesday’s pushy werewolf friend, Moosa Mostafa as a bee fan or Percy Hynes White as a tormented young artist – they all contribute to bringing the series to life . The mysterious series of murders surrounding the outcast school Nevermore remains interesting until the end. Even if you find an answer to some questions halfway before the series characters do. I really hope there will be a season 2 – it doesn’t even have to take place at school (thanks to the title Wednesday). Although I don’t want to miss some of the school visitors in the future either!

Burton was finally able to prove once again that he is a master at showing the lovable in outsiders and the macabre – as well as the ugliness of the oh so beautiful regulated world of “normies”. Did the series inspire you too? Or did something bother you? Tell me your review of Wednesday, I’m curious!