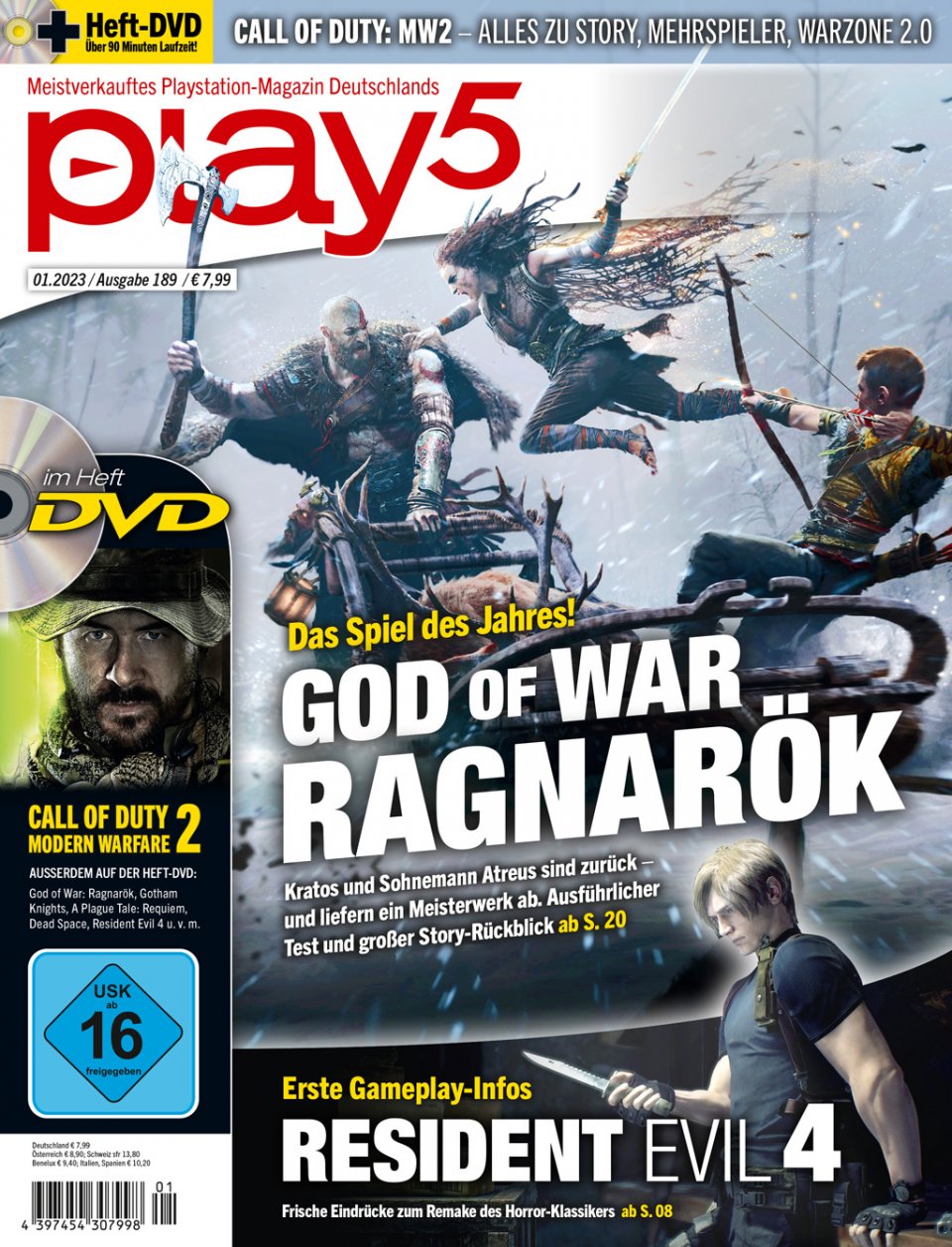 This month’s cover deserves Kratos, as the Spartan Ravager’s latest coup – God of War: Ragnarök – is arguably the best game of the year. Of course, we’ll tell you why we see it that way in our big test, and there’s also an XXL story review – from Kratos’ beginnings as a spartan general to the events of God of War in 2018. That’s how it should be Newcomers know what to expect in Ragnarok.

Apart from that, the preview part is a bit thinner, as usual for this time of year, but we still have a real highlight with us: Resident Evil 4. Because the horror classic is also getting a fresh cell treatment from Capcom and we were able to play the remake for the first time – and were extremely impressed! In the test part, however, the second major topic next to God of War this month is Call of Duty: Modern Warfare 2. On 12 pages we tell you what the single-player campaign can do, what the multiplayer part is still suffering from and what you can expect from the completely renewed Warzone 2.0 so everything expected. We also check, among other things, what the new DC adventure Gotham Knights offers and whether the title entertains despite the absence of Batman.

The entire play5 team wishes you lots of fun with the new play5 01/23!

play5 01/23 with title story for God of War: Ragnarök, preview for Resident Evil 4, test for Call of Duty: Modern Warfare 2 and much more (1)

The new play5 12/22 with cover story on Dead Space and The Callisto Protocol, tests on FIFA 23 and A Plague Tale: Requiem and much more

Cyber ​​Week at beyerdynamic: Free headphones and up to 60% discount!

Of course, the new play5 is also available in digital form! From now on, your favorite magazine will accompany you everywhere – whether on a tablet, smartphone, Kindle Fire or in the browser. Also on epaper.videogameszone.de for all common browsers, in iTunes storeon Amazon for Kindle Fire and in Google Play Store available. Register once – read on all platforms!