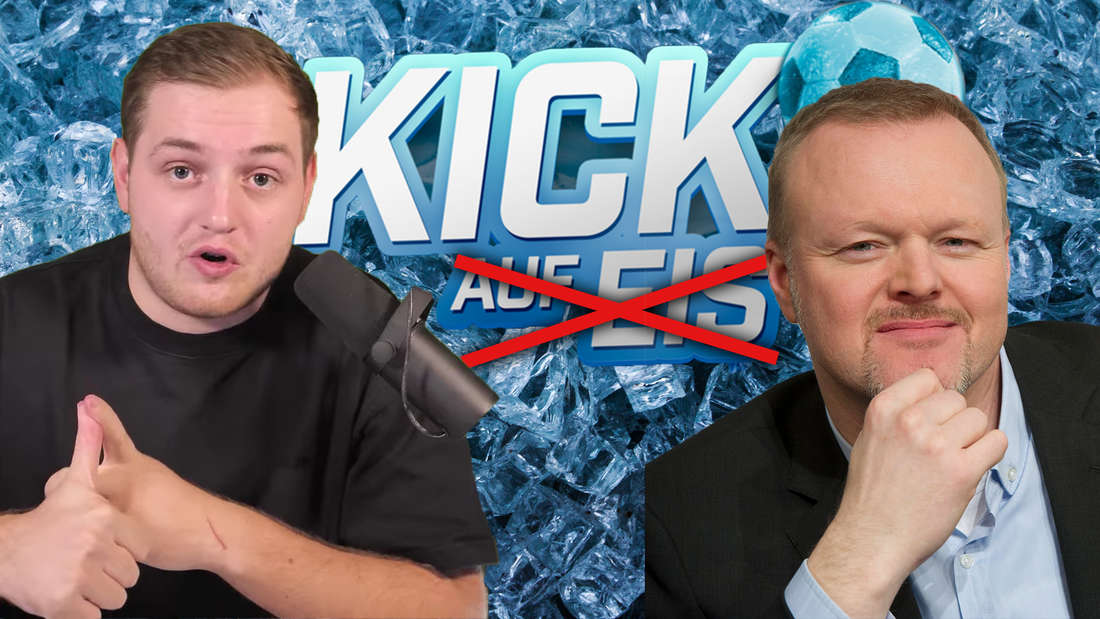 Trymacs doesn’t have it easy with its event kick on ice. Stefan Raab has warned the streamer of 500,000 euros – because of a forgotten TV show.

Hamburg – Just a few weeks ago there was a lot of hype at Trymacs. At the beginning of November, the streamer announced its next big event called “Kick auf Eis”. Since then, the community has been visibly hot for ice football. The project may end a little differently than planned. Ex-moderator Stefan Raab and his company RaabTV, of all people, got involved because of Kick auf Eis and warned Trymacs of a frightening sum. Ironically, because of a long-forgotten TV show from the 2010s.

What happened? The announcement of Kick auf Eis earlier this month made quite a splash in the streaming community. While there was some disappointment that the event would be shown on Joyn instead of Twitch, there was some anticipation for the streamers’ ice soccer.

According to Trymacs, fellow streamers such as MontanaBlack, EliasN97 and Fritz Meinecke have already been confirmed for the event, and more well-known names are sure to follow. Some comments affectionately called Trymacs Twitch’s Stefan Raab. This title might have been too accurate, because the former moderator has now had the streamer warned.

What kind of warning is this? Apparently, Stefan Raab’s production company RaabTV got in touch with Trymac’s production partners and warned them about Kick auf Eis. RaabTV is said to demand from Trymacs, “not to carry out, not to produce and not to advertise the planned Kick auf Eis event.” But that’s not all, Trymacs and MediaTotal should apparently also take on legal fees of 500,000 euros. Trymacs has now posted a full statement on the warning on YouTube:

The reason for the warning was simple. Stefan Raab last organized the German Ice Football Cup in 2015, the concept of which is largely identical to the Trymacs event. The streamer’s view of the dispute is pretty clear – he explains in the video that football on ice is not something that can be patented or licensed and that actions of this kind happened long before Stefan Raab. Nevertheless, Trymacs will probably have to give in in the case of Kick auf Eis, although he only recently took part in the Wok World Championships – also an event under the patronage of Raab.

One format Trymacs hasn’t been reprimanded for is its own survival format, Nerd in the Dirt. Filming is about to start and Trymacs’ girlfriend has to slave away for him while he treks through the Finnish wilderness.

Trymacs: Warning from RaabTV – This is now Kick on Ice

What’s next for Kick on Ice? Trymacs will probably have to scrap the ice from “Kick on Ice”. Instead, the event is to become a normal indoor football tournament. According to him, the 42 confirmed participants would continue to take part and the date, time and venue in the Lanxess Arena in Cologne would not change. Tickets already purchased remain valid. But Trymacs already warns that “the level will be bad.” So fans should not expect professional football, which will also be reflected in some planned mini-games.

What do the fans say about this? Trymacs fans are understandably disappointed with the development, but above all many critical words go towards Stefan Raab. Many call the action of his company “awkward“, “incomprehensible” or also “ridiculous“. Another comment goes a bit further in expression:

So I find that kind of thing really antisocial. I don’t think anyone should own sports like football or any of its derivatives. And I also find the direct threat a bit crass. ️ If I hadn’t thought of a legend like Stefan Raab.

Some even suspect that Raab and his team are afraid Trymacs’ event will do better than their own ice soccer tournaments. We will probably never find out whether that was really the case.