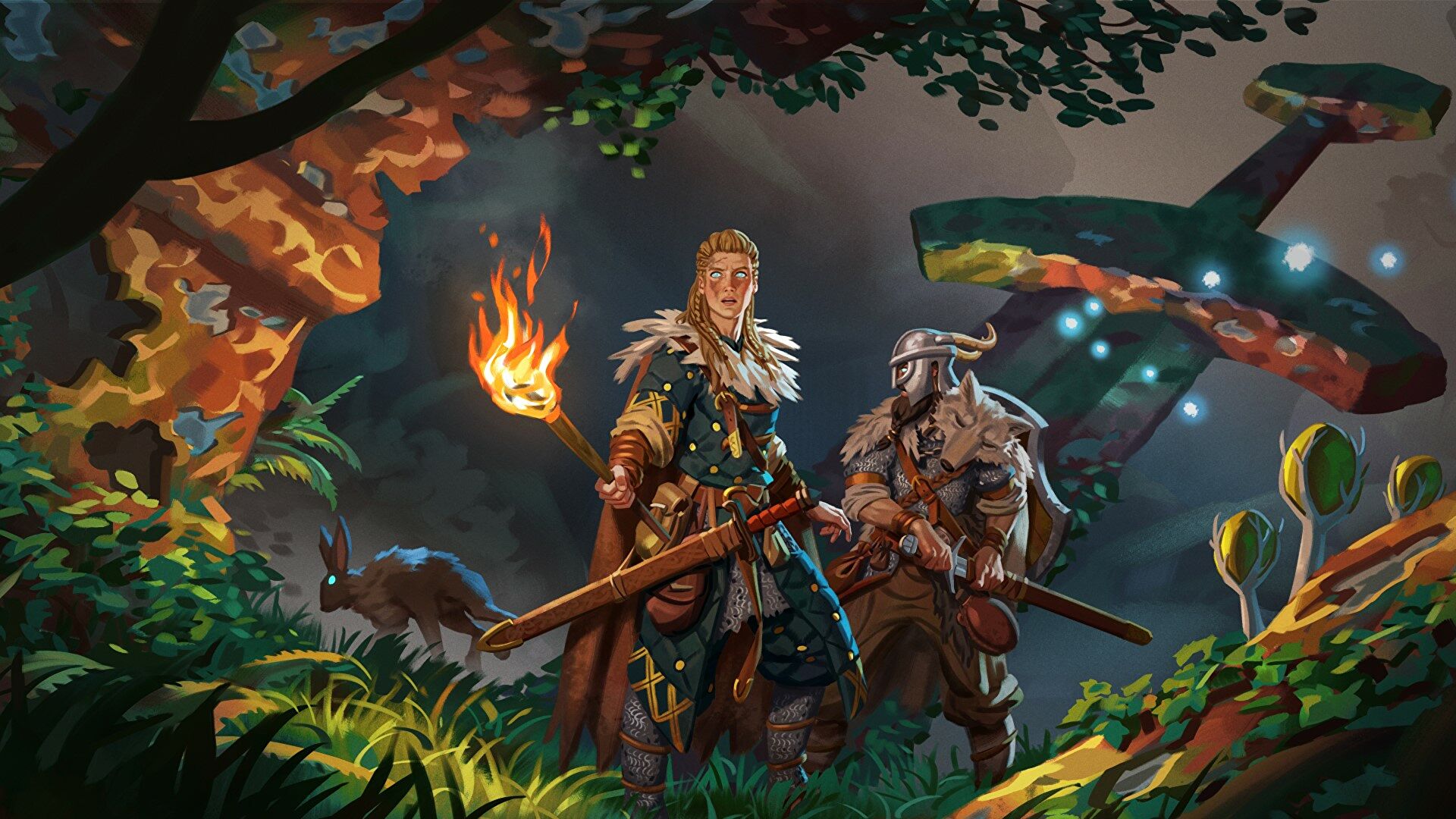 To the mists with ye: Valheim’s Mistlands update has landed, bringing a new endgame biome, heaps of new crafting materials, a new type of dungeon and, notably, magic. Certain foods now grant you Eitr, which is Norse for snake poison, but never mind that because it lets you wield staves and develop skills in Elemental and Blood magic.

So chicken! You can raise chickens now! They’ll give you eggs, which give you more chickens. There’s the real magic.

Ed and Liam have already been given a tour of the Mistlands, as you can see above. Ed had the Mistlands described to him as a mix of the “two most hated biomes, the Swamps and Mountains”, packing more danger than either of them. It’s full of a) mist and b) “eldritch masses of limbs and nastiness”, as well as blood-sucking ticks and blimp-like tick spawners. Do have fun.

The new magic staves give you more ways to fight off those ticks, including bubble shields, icicle projectiles, and summonable skeletons. The spells are tied to individual staves, so you’ll need to find one or craft one before you can crack on with casting.

The new area has everything you’d expect from a Valheim biome, with new creatures to fight and a boss to biff. There’s loads more beyond that, though, with the non-spoilery patch notes alone highlighting 25 new craftable items and 35 new building/furniture pieces.

Those patch notes do consider the breedable chickens a spoiler, so sorry about that. Same goes for the new mushroom farming, and the improvements to the fishing system that include allowing fish to leap out of the water and flop about on land. Do go read Ed’s preview for more, including suggestions on how to steal from the new NPCs.

Developers Iron Gate Games have also commissioned another swish animated trailer. I like the bit where they give tender hugs to their mounts before heading off into the ominous death mist.