Blue Protocol: All information about the new online RPG from Amazon – Interview! 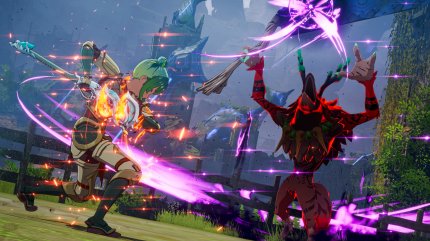 At this year’s Game Awards we finally received confirmation: The online action RPG Blue Protocol will also be released in the West. In the game, users can switch freely between five different classes, as MMO veterans are already used to from titles like Final Fantasy 14, while exploring the beautiful cel-shaded style world, pursuing an exciting main campaign, and fighting on the mystical ones resort to echoes. Players can experience the whole thing either alone or with other players. In addition, there is also some group content, typical of the genre, such as dungeons, rare world bosses, and even real raids. There will be some damage modifiers to make group play more interesting, which also makes it really worthwhile not exploring the world of Blue Protocol – dubbed Regnar – alone.

Unfortunately, as players already know, we lost all our memories. In addition to saving the world, we’ll have to interact with a variety of characters to gradually unveil our past. There are also numerous side quests to do that explain more about the world to the player. Each player experiences all of this with their own unique character, whose appearance and abilities can be customized at will.

Blue Protocol: All information about the new online RPG from Amazon – Interview (5)

Blue Protocol is being developed in cooperation between Bandai Namco Studios and Bandai Namco Online Inc. The publisher is Amazon Games, which has already gained some experience in this area with New World and Lost Ark.

Surely some players can’t wait to dive into the world of Blue Protocol and are also wondering what the western version will offer.

Fortunately, in an interview with Mike Zadorojny, Franchise Lead for Blue Protocol at Amazon Games, we got some answers to some of the most burning questions, such as whether there will be any differences between the different versions of the game. For everything else we will have to wait for Blue Protocol’s first beta phase.

PC Games: Will there be any differences between the different versions of the game? 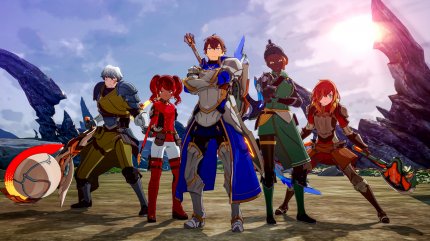 Blue Protocol: All information about the new online RPG from Amazon – Interview (32)

Mike Zadorojny: There will be a few minor differences between the Japanese and Western versions of Blue Protocol. The main reason for this is that we are aiming for a “teen” rating for our market so that Blue Protocol becomes a title that our friends and family can play together.

There are certain things that we need to change for this goal, but things like bosses, open world experiences and such are the same in all versions.

PC Games: Will Blue Protocol release simultaneously for all regions?

Zadorojny: The release will be in Japan first, but our goal is to catch up as soon as possible.

PC Games: Are there any plans for future updates or even bigger expansions?

The teams at Bandai Namco want to ensure there are constant updates for players, as a live service game should be. They want to add new chapters at regular intervals after launch, as well as new dungeons, open world content, new classes and stuff like that.

You will always want to return to the game, and there will be certain key moments in the storyline that will be perfect to come back to.

PC Games: How soon will these updates be released?

Zadorojny: The idea is that there should be something new in the game every month. However, major updates will take more time.

You can find out everything about Blue Protocol in our interview with Amazon Games (1) [Quelle: Bandai Namco]

PC Games: Will there be the classic “Holy Trinity”, consisting of tank, DPS, and heal, or are players allowed to play what they feel like doing in raids?

Zadorojny: The classes have been designed so that they can all fill one of these roles. There will be strategic advantages in certain areas such as having more tanks in the party, but with the right amount of supports, you can probably do that with fewer tanks.

In dungeons and the like, no specific classes are generally required. However, more difficult content requires specific skills to master. In the game, however, there is not always a specific class, such as the blade guard, as the tank. Instead, other classes can fill this role, depending on what abilities they have with them.

next page next page
See also  Xbox Game Pass: These three games are new to the subscription starting today