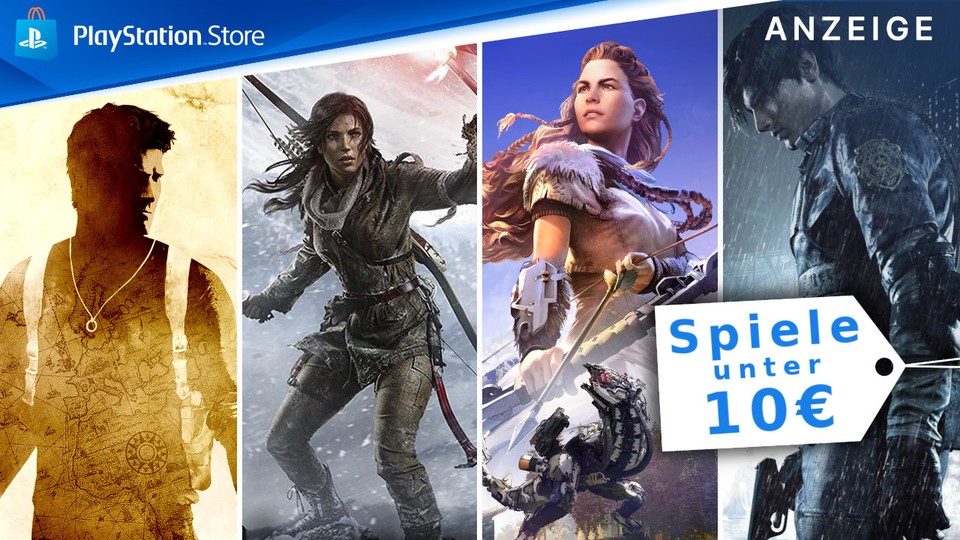 In the year-end offers of the PS Store you will also find some cheap bargains for less than 10€.

The PlayStation Store is in the End of Year Sale with hundreds of special offers for PS4 and PS5. We already have them for you to start with big highlights and later the best deals between 10 and 15€ presented. This time it’s the turn of the cheap bargains for less than 10€. There are still a few big titles here, and we present ten highlights below. If you prefer to browse the sale for the best deals yourself, you can do so here: 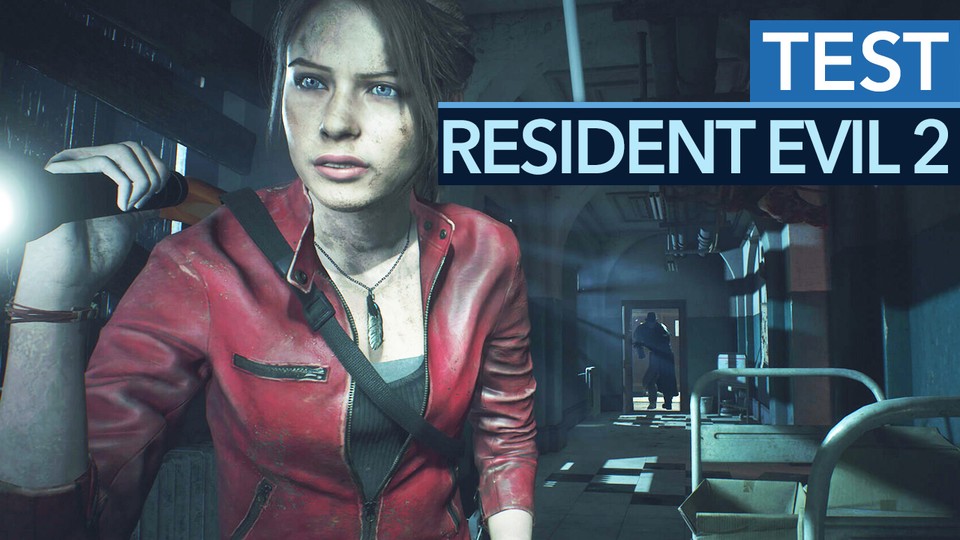 The PS4 remake of the horror classic Resident Evil 2, originally released for the PS1, puts it on a completely new technical basis. Not only were the graphics completely overhauled, the fixed camera perspectives were also abandoned in favor of controls like in a third person shooter, which makes the game much more accessible. Nevertheless, Resident Evil 2 remains at its core classic survival horror with limited ammunition and the constant fear of what lurks around the next corner or door. Therefore, the remake is highly recommended for both old fans and newcomers. 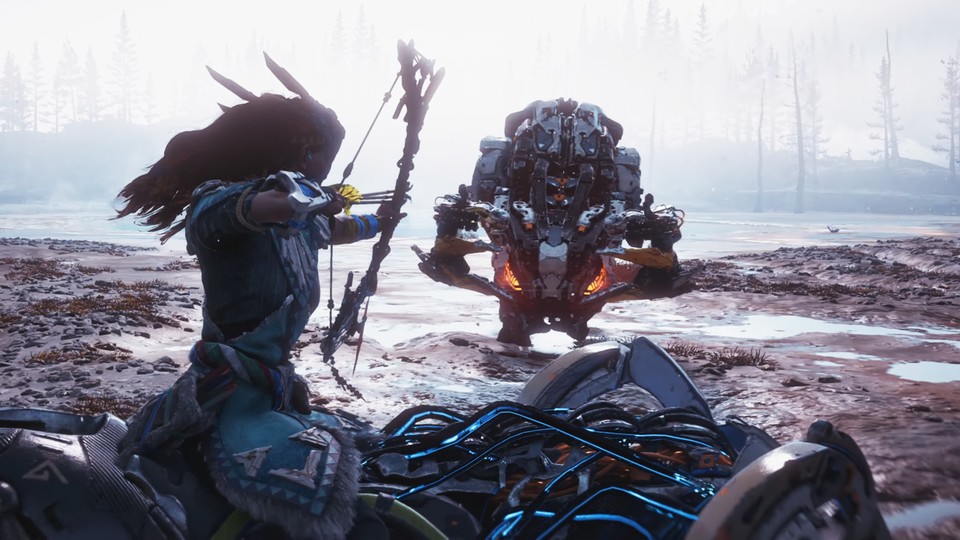 Horizon Zero Dawn is one of the biggest open world hits of the PS4 generation and should definitely be played before the successor Horizen Forbidden West because of the exciting story about a mysterious lost civilization. We are sent into a game world that looks primitive at first glance, but is populated by many huge robots in the shape of dinosaurs. We don’t always have to kill the Robo-Dinos in battle, we can also bend them to our will. With the Complete Edition you also get the extensive expansion The Frozen Wilds, which sends you to new, icy regions.

Horizon Zero Dawn Complete Edition instead of €19.99 for €9.99 in the PlayStation Store 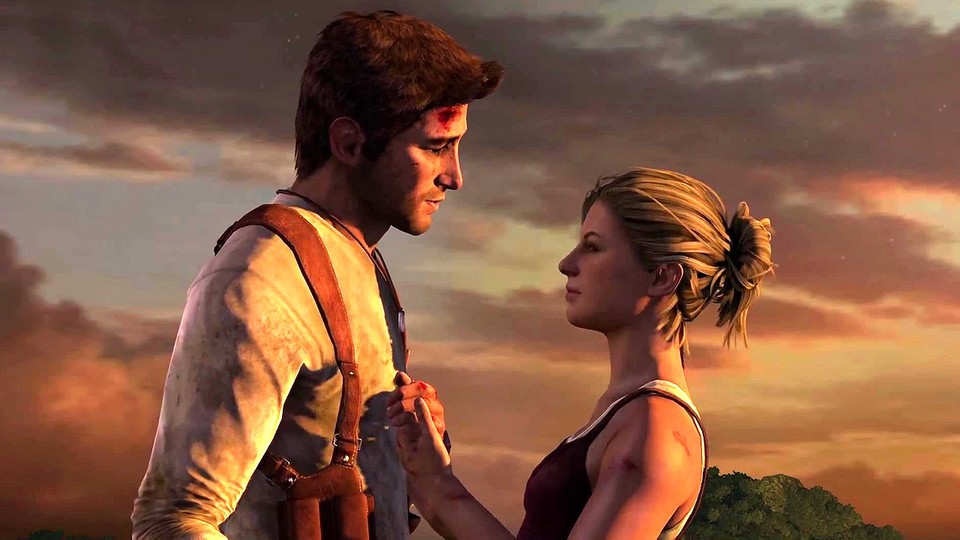 With the Nathan Drake Collection, you get the first three installments in the Uncharted series with some graphical improvements and unified controls, making all three games feel like one piece. In the action-adventures, we accompany treasure hunter and daredevil Nathan Drake on Indiana Jones-style adventures to recover historical artifacts. We search for the treasures of Sir Francis Drake, as well as for Shangri-La and the legendary Atlantis, traveling to the Amazon region, the Himalayas and the Arabian desert, among other places. If you’re missing just one of the games so far, it’s worth buying the new edition.

Uncharted: The Nathan Drake Collection instead of €19.99 for €9.99 in the PlayStation Store 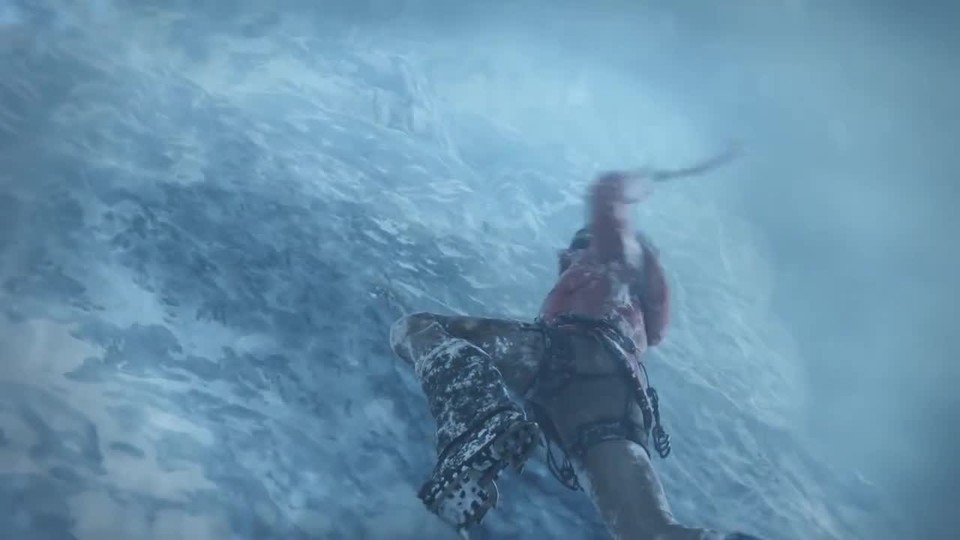 After the very action-heavy reboot, the sequel Rise of the Tomb Raider puts a little more emphasis on climbing and exploring tombs and is therefore closer to the origins of the series. Nevertheless, there is still plenty of shooting and the survival elements of the reboot have been retained. This time Lara has to struggle through the icy cold of Siberia, which offers not only snowy landscapes but also a few picturesque valleys. With the 20th Anniversary Edition you get technical improvements such as 4K resolution and all additional content including the expansion Baba Yaga: The Temple of the Witch. 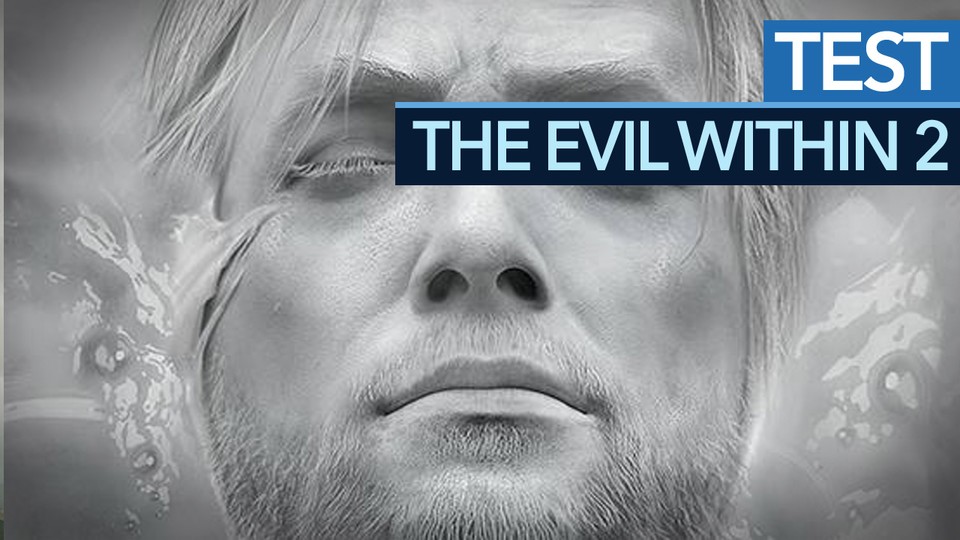 
The Evil Within 2 – Test video for the horror hit

While the first The Evil Within still offered old-school survival horror and was sometimes frustratingly difficult, The Evil Within 2 is lighter and also more varied. Open areas, which we explore like in an open-world zombie game, alternate with narrowly defined levels in which we flee from overpowering monsters, like in Outlast or Amnesia. In addition, there are always surreal, nightmarish sections, such as those known from the Scarecrow levels of the Batman Arkham series. All in all, The Evil Within 2 looks like a best of the horror genre. 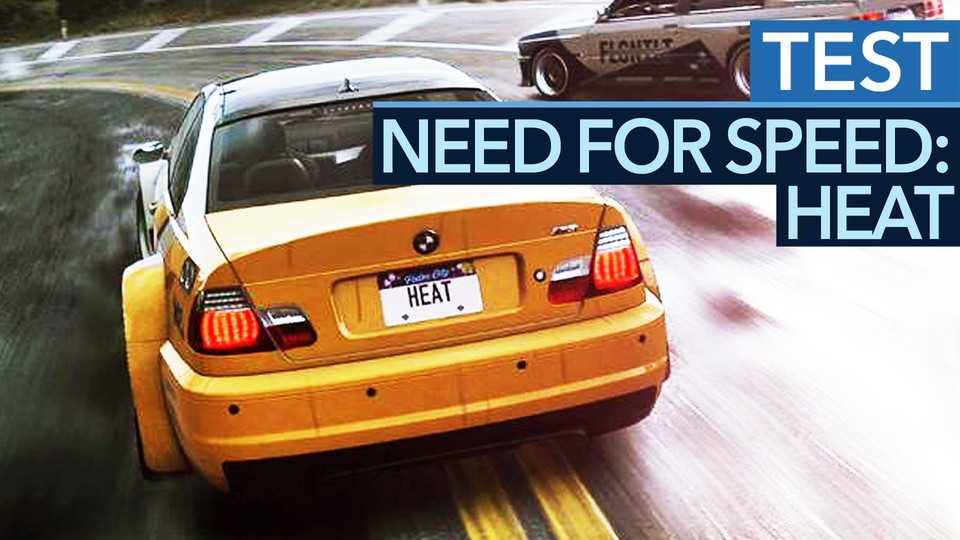 If you want to quickly catch up on the predecessor before you dare to tackle the recently released Need for Speed ​​Unbound, you can now get the Deluxe Edition of Need for Speed ​​Heat for 90 percent less. Like its predecessors, Heat is a fun acade racer that focuses more on breakneck speed than realism. Due to the improved AI, however, a little more demand comes into play. The division into official competitions during the day and illegal street races at night provides variety. There are also extensive tuning options. The Deluxe Edition includes additional cars and outfits, as well as money and reputation boosts. 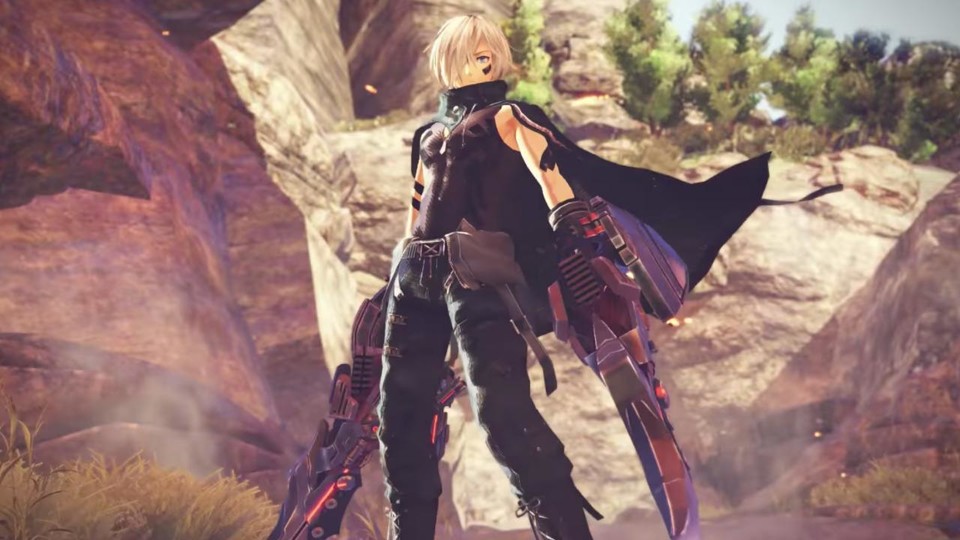 In God Eater 3 we belong to a special unit whose task is to hunt down huge god-like monsters. The concept seems clearly inspired by Monster Hunter, similar to that collecting crafting materials for better gear is of great importance. Especially with the complex combat system with its numerous combos and special attacks, God Eater 3 seems quite independent. You shouldn’t expect too much from the story, although the beginnings of an epic story are there. But the anime look and the effective staging of the fights are convincing. 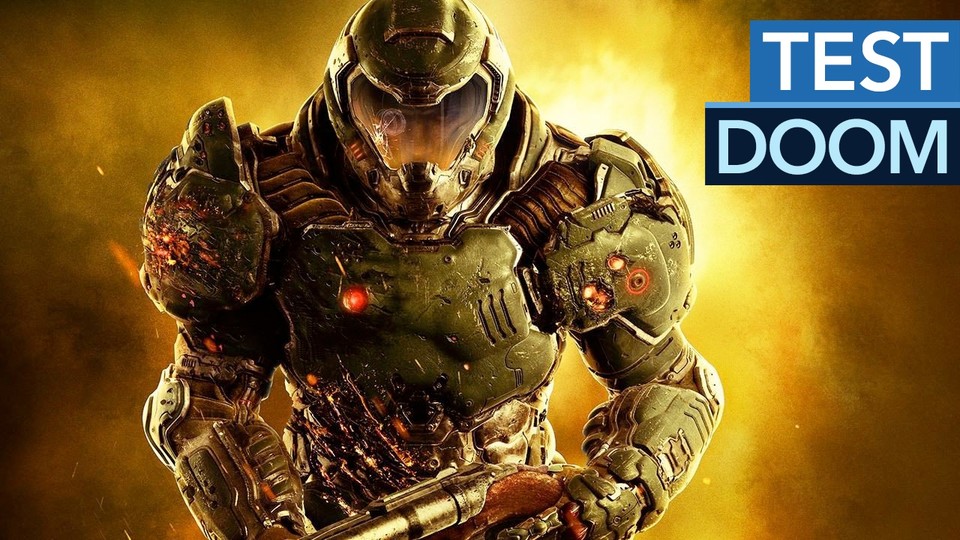 
Doom – Test video: The old-school shooter is so modern

With the Doom Slayers Edition you get the reboot from 2016, which revives the fast-paced shooter gameplay of the original, but at the same time introduces some new elements such as the spectacular and bloody Glory Kills staged, through which you can regain health. Also included in the package are the first two parts of the famous series that made the genre of first person shooters big in the first place. There is also the somewhat controversial, but definitely playable third part, which tried to shift Doom more towards an atmospheric horror shooter.

With the Castlevania Anniversary Collection you get seven classics and a bonus game.

The Castlevania Anniversary Collection features seven installments in the venerable series that helped found the Metroidvania genre. The Castlevania games are not only characterized by the typical level design, where you can only progress at certain points with the right skills or items, but also by the dark look inspired by many horror film classics. The rather high level of difficulty should also have contributed to the fascination of the series. As a bonus, the collection also includes the never-before-released Kid Dracula and an e-book on the history of Castlevania. With PS Plus there is an additional 10 percent discount. 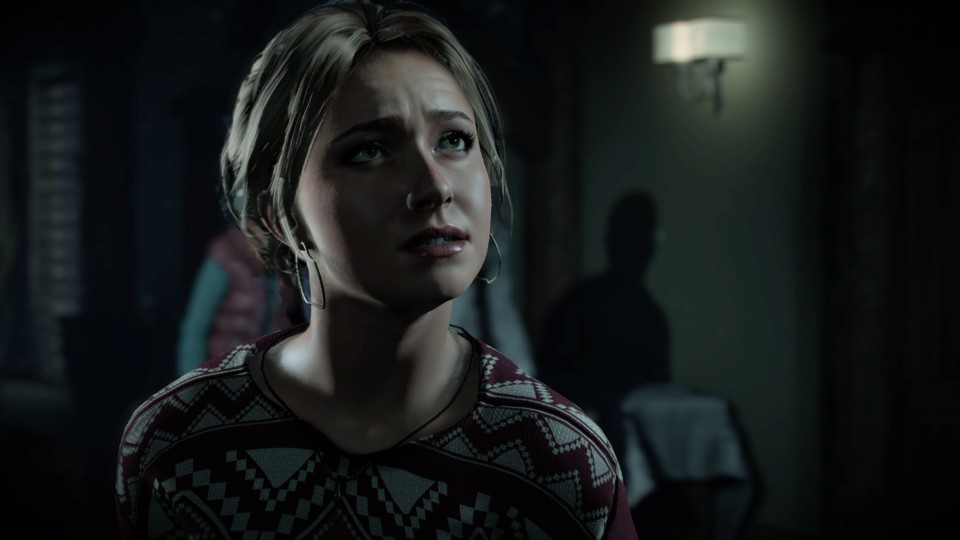 
Until Dawn – The Test of Horror Adventure

Until Dawn is a horror adventure that basically gives you a play-by-play slasher movie while also faithfully recreating the clichés of the genre. We play a group of young people who want to spend a few days together in a lonely hut in the mountains, but soon have to fear for their lives. In addition to exploration and quick-time events, the gameplay consists largely of decisions that influence the course of the story. If we always make good choices, everyone can survive. In the worst case, everyone can die.