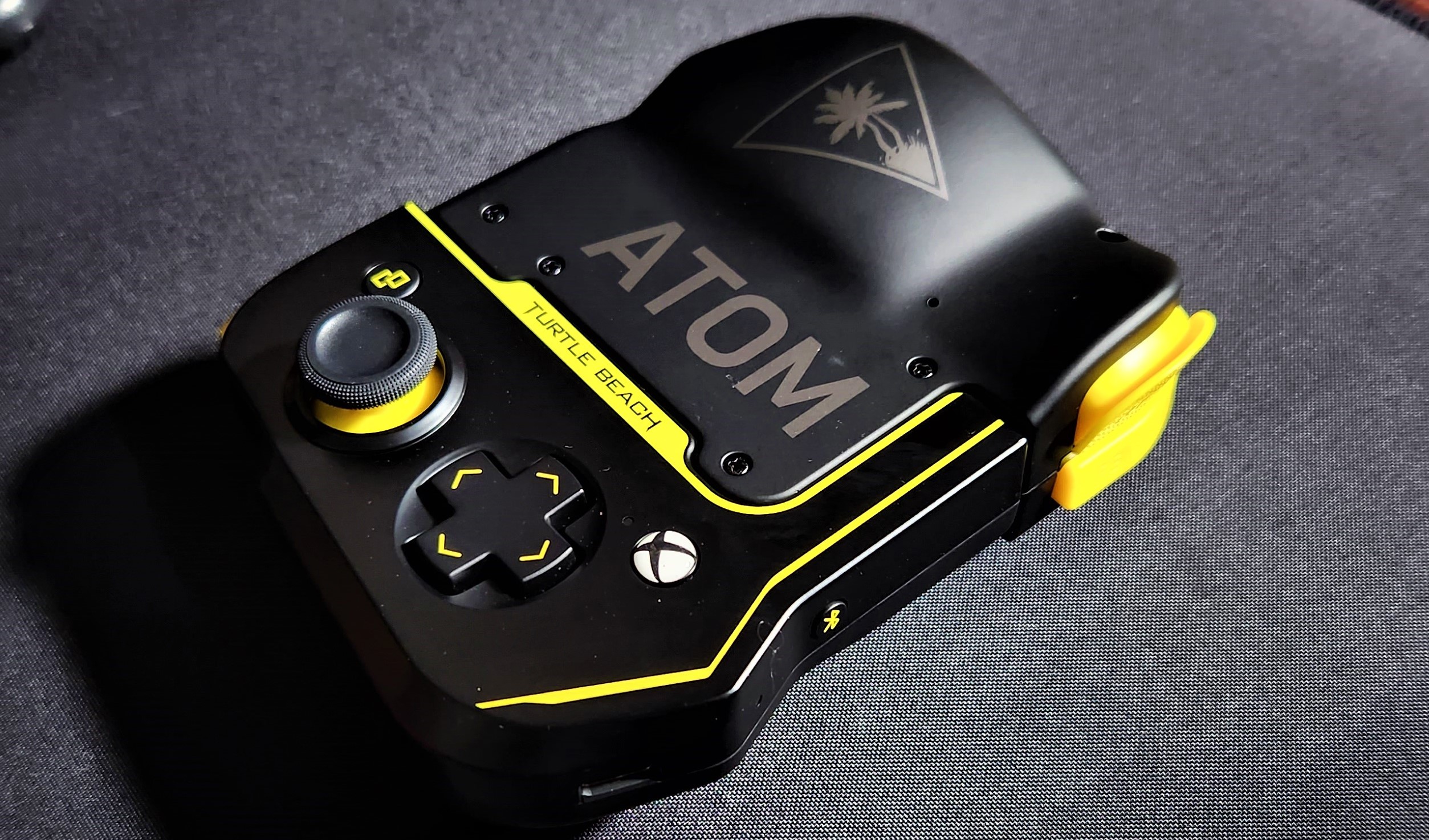 Rested for a while from gaming keyboards, mice and headsets; We cannot ignore how the peripherals optimized for consoles also continue, in one way or another, pushing the threshold of possibilities and becoming more sophisticated.

In this round, we kick off the week with one of the new toys released by our friends at “Turtle Beach”. A fresh new take on skins for Xbox controllers.

We are talking about the “Turtle Beach Atom”. Fundamentally an Xbox controller designed to accommodate, from the physical, your cell phone.

A creative design that makes us think: Why didn’t this exist before?

The design of the Turtle Beach Atom is not something we can say never crossed our minds. Actually, it’s one of those things that was always needed, but for some reason didn’t exist. Being that reason, in the vast majority of cases, economic profitability.

The Atom, while retaining the fundamentals of an Xbox controller as we know it, brings an ergonomic design that wraps around our cell phone. Transforming it into a portable console with all the details.

Our new toy consists of 2 separate pieces that, in travel mode, unite into a square shape that easily fits in your pocket.

Once separated, they are interconnected with a 2.4 GHz wireless system so transfer latency between signals is minimal.

In the same way, it connects with our “Android” cell phone wirelessly through a low latency bluetooth system supported by a mobile application.

Once assembled and ready for the game, the Atom offers us a great experience; showing us a level of comfort similar to that of conventional Xbox controllers. 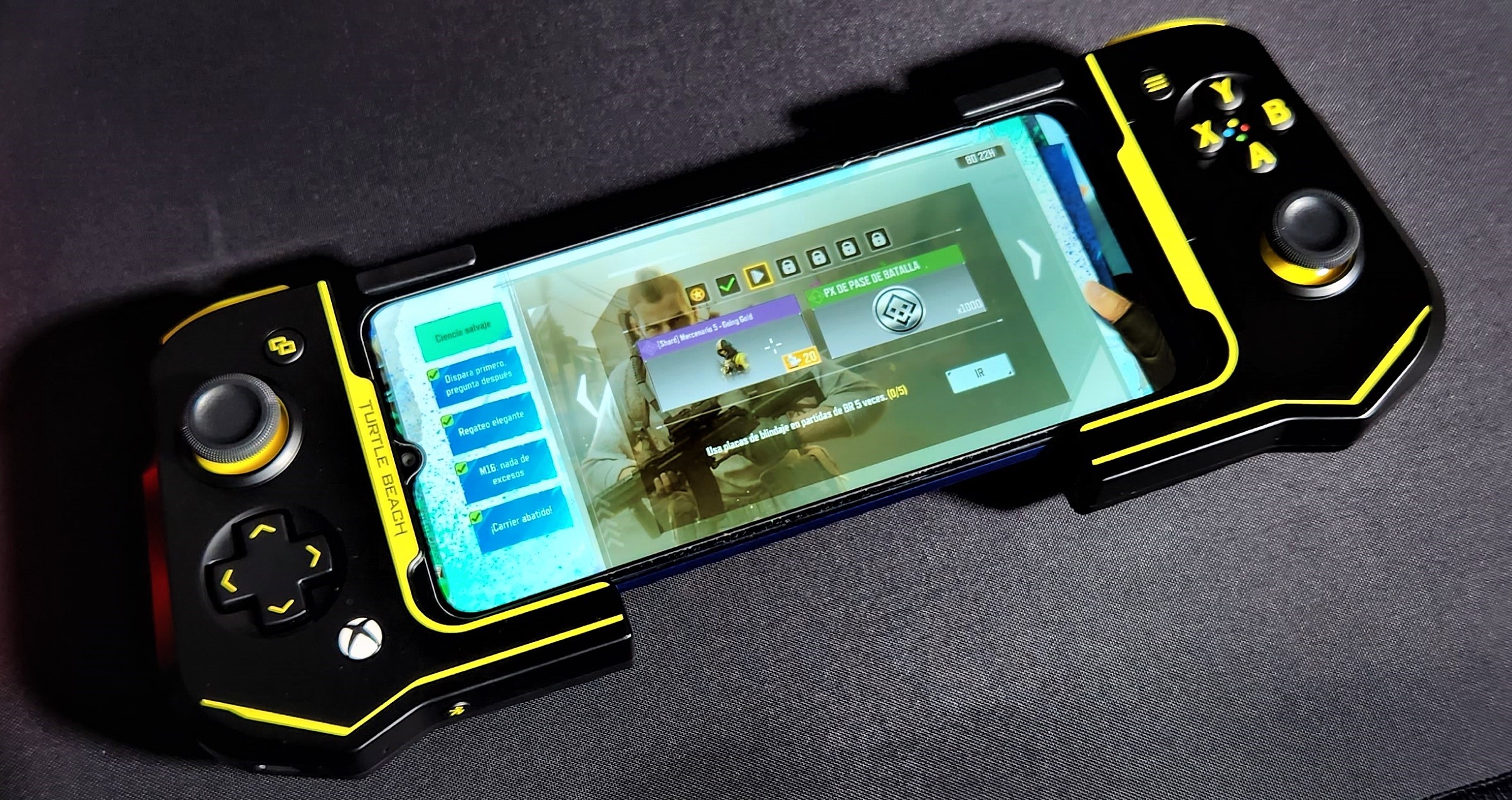 Likewise, the feel of the thumbsticks is precise, and the response latency of the buttons is quite acceptable.

Secondly. The triggers, while they can be somewhat difficult to reach with two-finger (index and middle) grips; they have audible switches and a consistent and satisfying tactile feel. 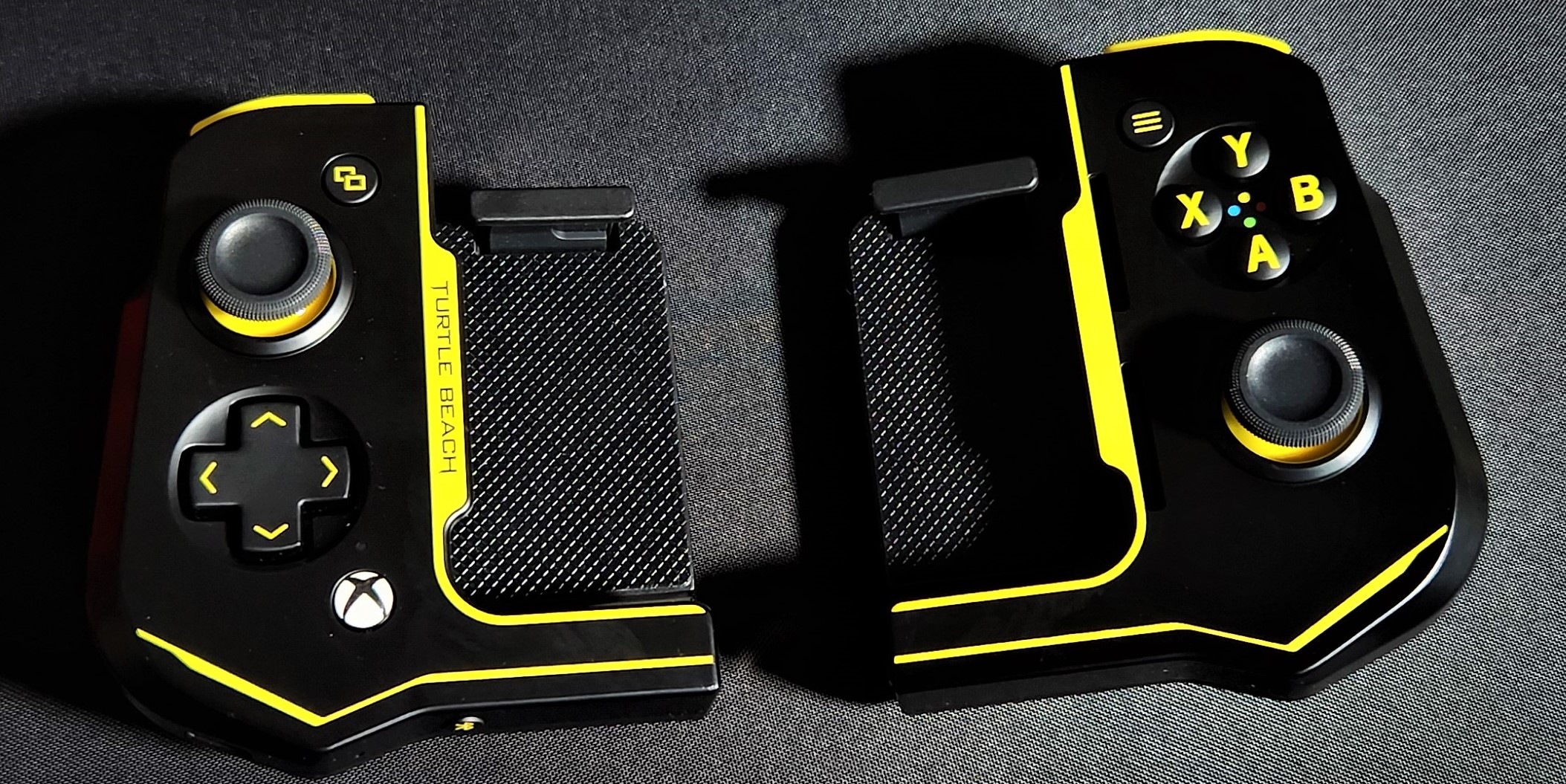 Everything you need in a single package for a state-of-the-art experience in terms of console games, emulators, or mobile games.

However, there are certain rough edges to polish…

A criticism that I have personally maintained since I began to have experiences and evaluate peripherals from Turtle Beach and all its adjacent companies, is the fact that the same devices that seek to present themselves as state-of-the-art technology in the market, often miss the shots with the most basic details.

The first issue I had with the Turtle Beach Atom was around updating the device’s firmware. Which is carried out directly in it, following instructions provided by the mobile application. Instructions that may want to be reviewed as we were not successful in updating. 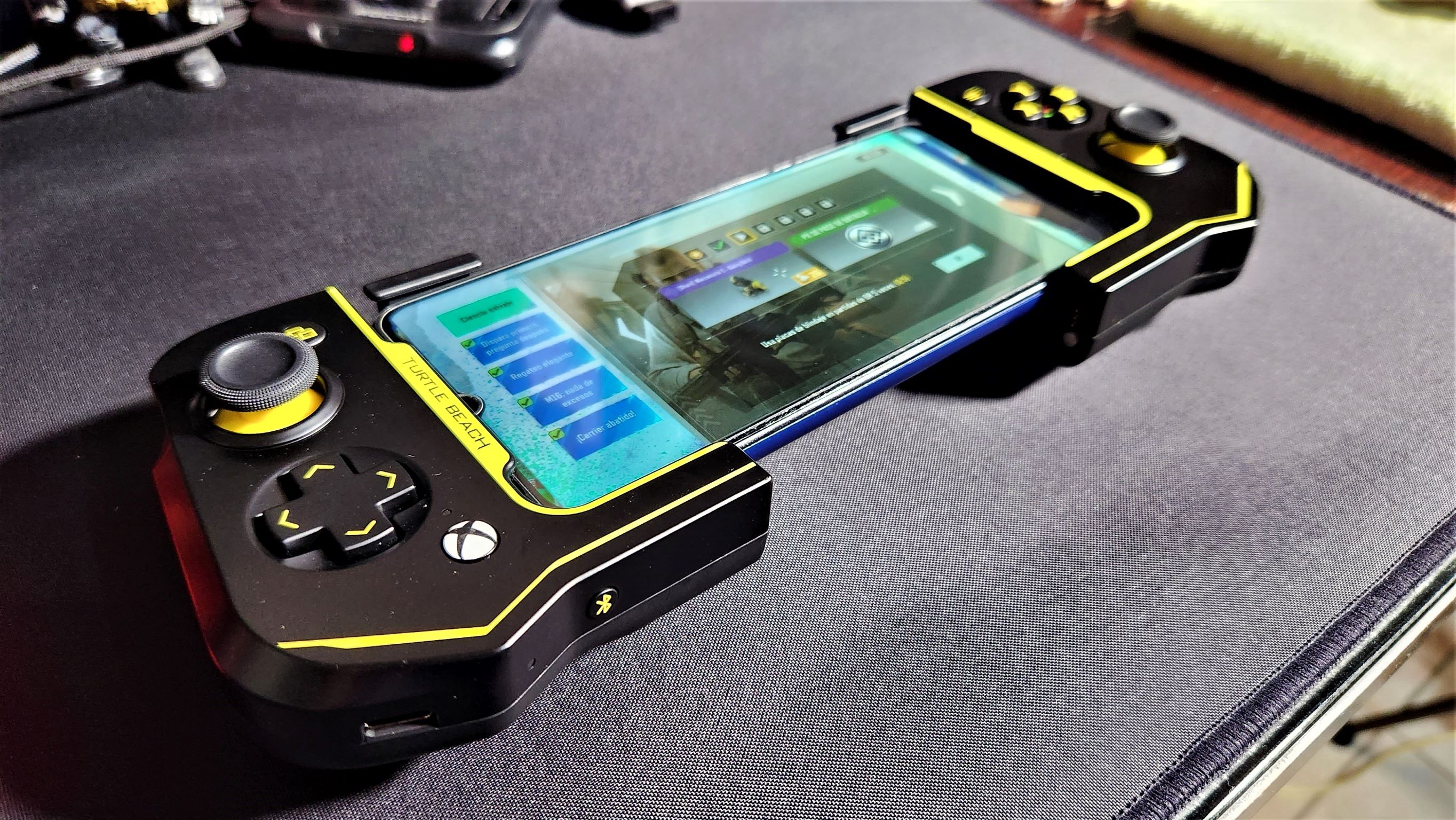 Turning the page… Although the Turtle Beach Atom is a device that is clear in its promotion and is sold as an optimized device for use with “Xbox Game Pass” and “GeForce NOW”; the compatibility options offered are, by being tolerant, limited.

See also  It sounds like "The New War" will be followed by a kind of Warframe 2.0

The drivers and the computer part can offer some preference to an online streaming service for video games. However, it is still a generic driver that sends signals to a device. 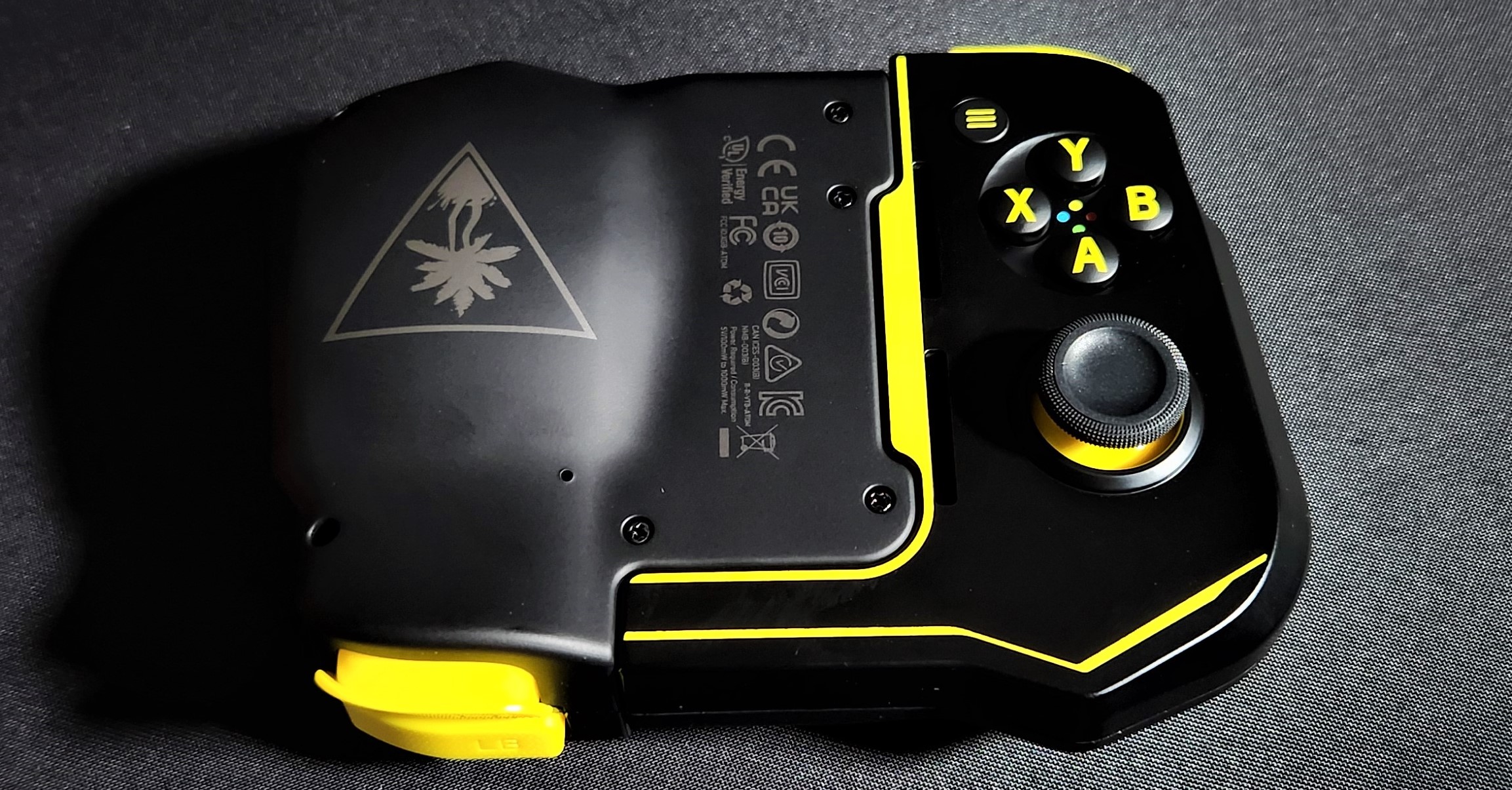 In the same way that a conventional Xbox controller can control an infinite number of video games inside a mobile phone or a computer; the average buyer will expect similar features from something like the Turtle Beach Atom.

We mention it because the first thing that comes to mind, both for us and for many potential buyers, would be the possibility of playing games like Call Of Duty Mobile, Apex Legends Mobile, Fortnite or PUBG; from our mobile phone at the same level of comfort and benefits that an Xbox would offer us.

An extremely elegant, sophisticated, well presented device, and above all, useful; that with certain computer improvements it can take over the attention of everyone in the video game quadrant.

The dream of turning your cell phone into a portable console of all the baggage is now a reality.

Enjoying the maximum possibilities of a device like the Turtle Beach Atom is going to require a powerful Android phone. However, a powerful phone is a multitasking device that, at the same time in these circumstances, would save us the potential investment of a portable console.

This review was made possible thanks to Turtle Beach.