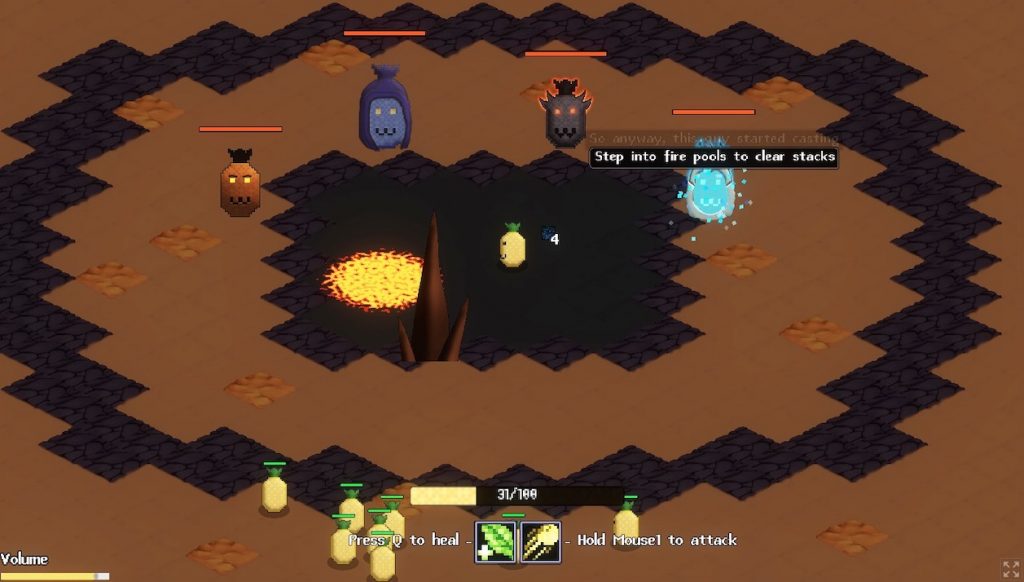 You want to prepare for the “Vault of Incarnations” in WoW Dragonflight? Then you can do it now – as a combative pineapple.

On December 14, 2023, the first raid in WoW: Dragonflight starts together with Season 1. The “Vault of Incarnations” opens on normal, heroic and mythical.

A total of 8 dangerous bosses including Raszageth the Storm Eater await you in the vault.

But you can now compete against 7 of these bosses if you want. Well, in a way: Because “Tactical Air Horse” has published the browser game “Vault of the Pineppales”, in which you are supposed to fight small pineapple versions of the bosses.

Here you can fight other pineapple bosses in the form of a pixelated pineapple. The highlight: These fruity fights are based on the bosses from the new WoW raid.

You can see what this looks like in this screenshot:

“Tactical Air Horse” describes the game as a “training mini-game” designed to simulate 7 of the 8 boss fights – just with lots of pixels, a dose of humor and pineapple protagonists. Meanwhile, Raszageth is still missing.

How is the game going? The game is kept very simple: You move with WASD, press the left mouse button to attack and the Q button to heal.

However, it relies on comparable mechanics that will also await you in the fights – from lava puddles to hurricanes.

Raszageth was also in action in the Dragonflight video, but is still missing in the pineapple game:

With the principle you are probably not prepared in detail for the upcoming raid. But at least some of the mechanics might surprise you less in the actual vault of incarnations if you’ve felt them in the pineapple version.

Basically, the pineapple game is a fun affair – even if you have no connection to WoW.

By the way, Tactical Air Horse has a lot of other games with pineapple protagonists up its sleeve. There was also a pineapple training game for Shadowlands.

What do you think of the game? Do you try it? Or is that not for you?

Tell us in the comments!