Avatar 2: The Way of the Water – More than three hours of pure visual violence (film review) 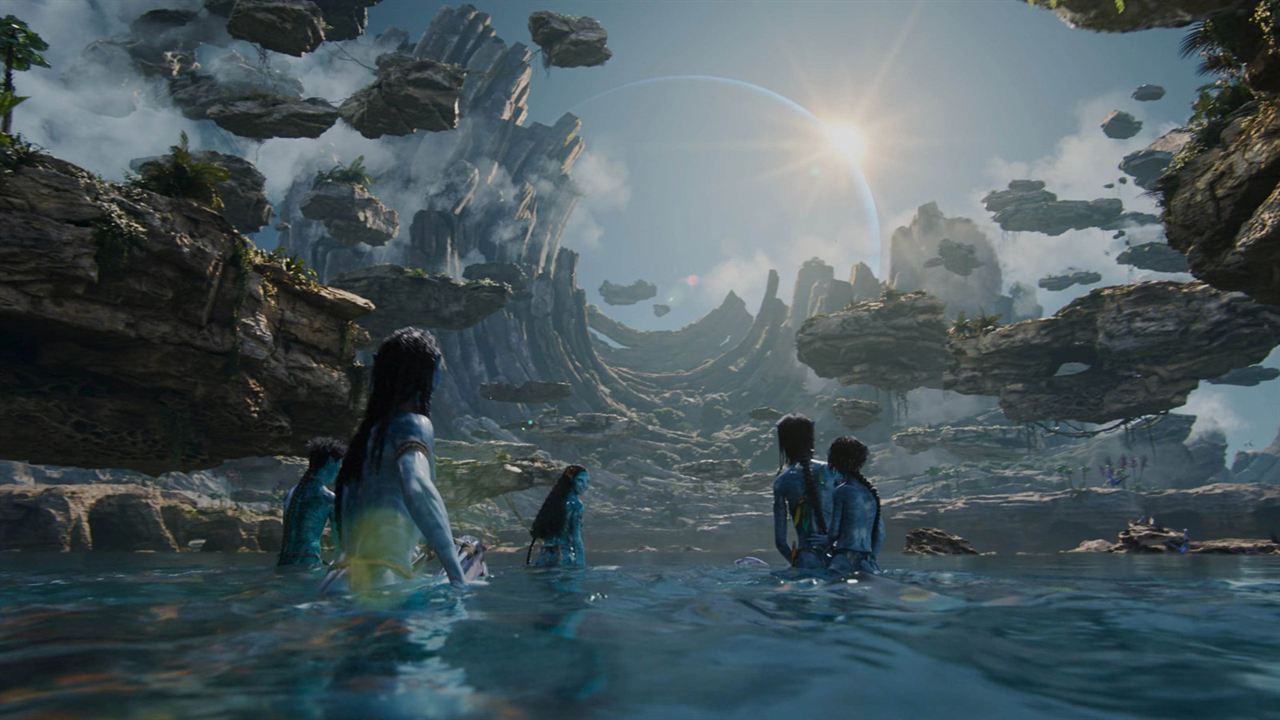 Should you see the romance disguised as an action film Avatar – Departure for Pandora liked, then you had to be patient in the last few years, because the one announced in 2006 continuation never really wanted to get going. At least until now, because on December 14, 2022 appears Avatar 2: The Way of the Water actually in theaters.

JamesCameron must with this sequels However, he has to follow in his own incredibly big footsteps, after all, the direct predecessor is still not only considered the most beautiful 3D film of all time, but is also, together with his work “Titanic”, still in the Top 3 highest grossing films of all time.

Avatar 2: The Way of the Water – Our spoiler-free film review

At the moment, however, one can already assume that this is the case sequels will also be financially more than satisfactory, because the director again relies on everything that has already made the previously mentioned titles box office hits. But at the end of the day, that also means that the plot and the narrative style receive little attention.

Instead, this film also focuses on the brand JamesCameron mainly on total visual violence, significant individual moments as well as successful 3D. Finely seasoned with a soulful leader, a strong female character, a steady swinging of the morale club and of course a lot of love.

This time, however, not between man and woman, but love within a family. One of many small changes designed to keep stories fresh on Pandora, while basically just giving you more of what you already enjoy. To compensate, the world will be expanded a bit and maybe even more complex.

See also  Wo Long: Fallen Dynasty - You can now try the new action RPG from the Nioh team in a demo

How well he manages the balancing act between new ideas and established content is nonetheless commendable, unfortunately he doesn’t put nearly as much effort into moving the plot forward. In this area, a few lame excuses for a change of scenery are enough, and then there’s it again visual bombast galore.

Anyone who lets themselves be lulled by such eye candy has virtually no time to think about it logic problems and lack of character development To worry, because as soon as you might notice something like this, you will be distracted by the beautiful world and its nature-loving inhabitants.

Cameron deliberately presses the tear gland and does not shy away from unpleasant turns of phrase to emphatically carve his statement. Hardly anything makes sense, but, as I said, everything just looks fantastic for it. And when do you ever get a real one and moreover well-made 3D movie to see?

From a purely visual point of view, “Avatar 2: The Way of the Water” doesn’t do much wrong either, only a few scenes surprise negatively with theirs choppy motion animations and many a detour to Uncanny Valley. But one can also overlook this counterpoint, above all because the work is unbelievable many strong individual moments was stuffed.

Do you want this recent trip to the moon pandora enjoy, but you need a lot of staying power, because the sequence of eye stimuli has a running time of over three hours, but only enough story for about one and a half. The whole work therefore sometimes stretches enormously.

See also  This is what Mario Bros. looks like in Unreal Engine - as Chris Pratt!

Bottom line is Avatar 2: The Way of the Water a must-see film. The spectacle is likely to be on the big IMAX screen be unrivaled and only allows minimal mistakes when it comes to animations. In terms of the pure plot, however, the sequel is pretty meager and quickly turns out to be a copy of pretty much all films with a similar topic.