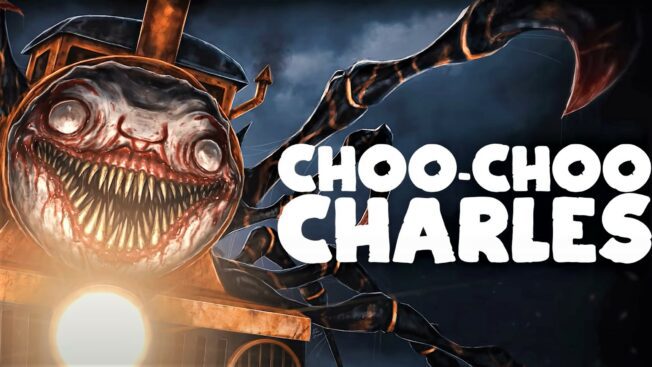 The horror game with the creepy spider locomotive Charles has finally been released! It’s been a little over a year Choo Choo Charles from the developer Two Star Games announced and since December 9th it is available via Steam. You’ll find out what the game is about here!

Why is? What sounds a bit strange at first is actually the subject of the game: The fight for survival on an island that is managed by a creepy-looking man Train on spider legs is inhabited.

To escape from this monster, the player must missions fulfill, with whose rewards a own locomotive repair and upgrade them with weapons. During that time you can open world explore and get acquainted with the survivors.

However, Charles and his trailer – yes, a murderous engine with spider legs has trailers – always get in the way.

Who is Two Star Games? The game was developed by only one programmer. Two Star Games has the process on its own Youtube channel documented and thus keeps the community informed about updates in the game.

The train horror is not the first game from Two Star Games. He has another full fledged horror game called My Beautiful Paper Smile and released several smaller free horror-style games, all based on Steam are available.

But with “Choo-Choo-Charles” Two Star Games brings its first open world game on the market, for which he also had to work hard.

Because last year he went Announcement trailer of the game went viral unexpectedly quickly and despite the lack of knowledge about programming an open world, the developer felt compelled to develop the game as a whole.

Why the late release? First should be “Choo-Choo-Charles” in four months be developed and released in early 2022, which unfortunately turned out to be an unrealistic goal.

Then unofficially the release period stood for Aug 2022 firmly, but that didn’t work either – too many Bugs, story holes and other issues came up while testing “Choo-Choo-Charles”.

So here we are in December 2022. Many parts of the game have had to be reworked or completely rewritten up to this point in order to be able to offer a well-rounded story and immersive gameplay experience.

What do you think of the idea of ​​a spider locomotive monster? Write it in the Comments!