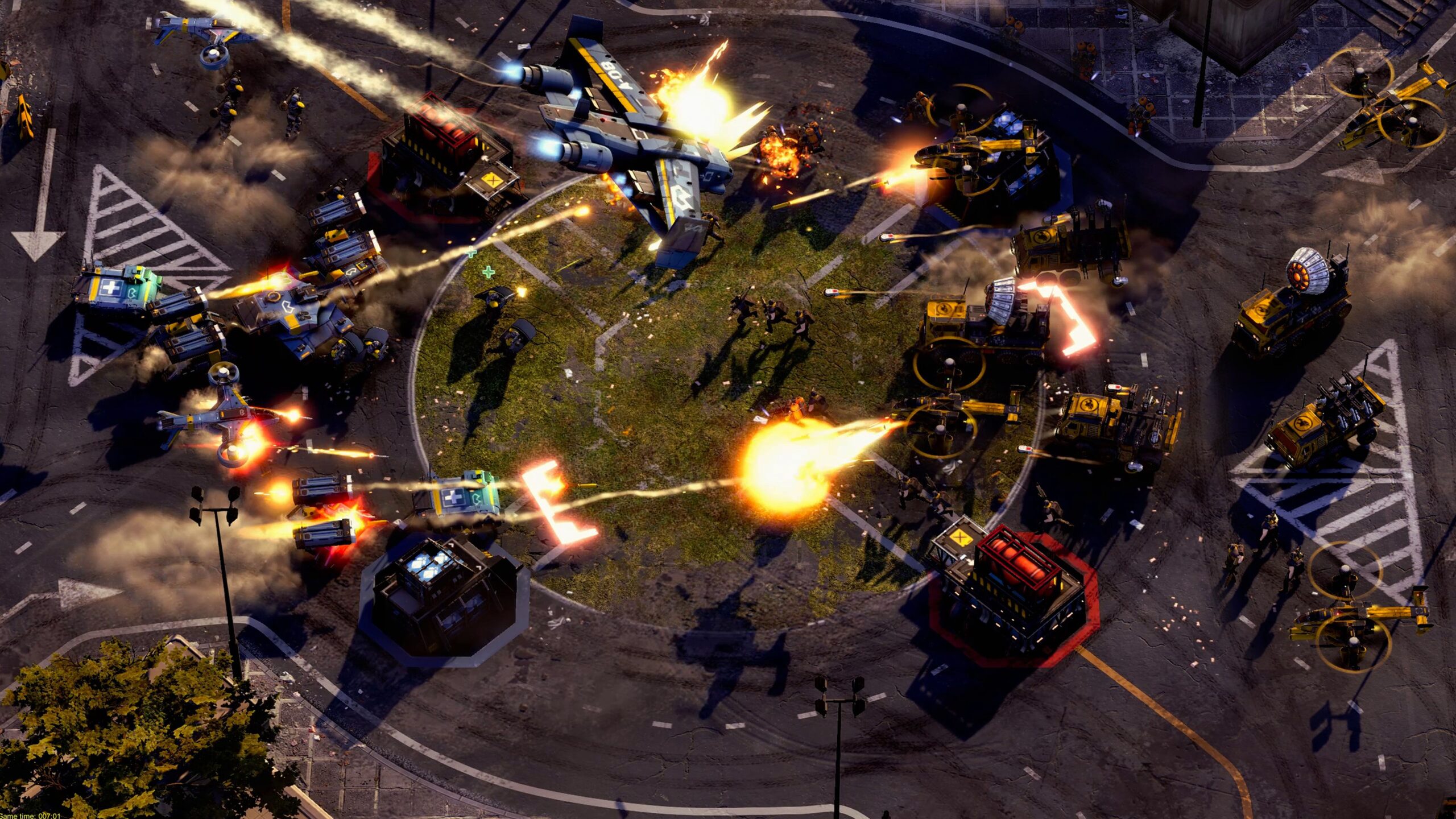 Crossfire: Legion has had a pretty slow launch. With a very low number of players, but this is not decisive to say if a game is good or not, so keep me company in this review so you know what’s going on

Crossfire: Legion combines the RTS style of Starcraft with a sort of deck-building minigame where you unlock new units for your faction by playing matches against other players or bots.

So we can say that this one engages players with the competitive multiplayer element of Crossfire, but framing this around an in-game currency seems to have fallen flat. And it is that it can very easily be interpreted as that this game is a pay to win. And I can say that no, it is not. But, one thing I can’t make a case for is the rather arbitrary limitation in my opinion on what units you can deploy.

This is a perfectly adequate RTS. It’s capable of some spectacular player-driven action, while its overall presentation demonstrates much of the style that developer Blackbird Interactive has become known for. But in other ways, Legion’s strong push toward multiplayer is indicative of the bigger problems facing the game.

We have a campaign of about 15 missions, which will guide you through the three factions of the game universe. 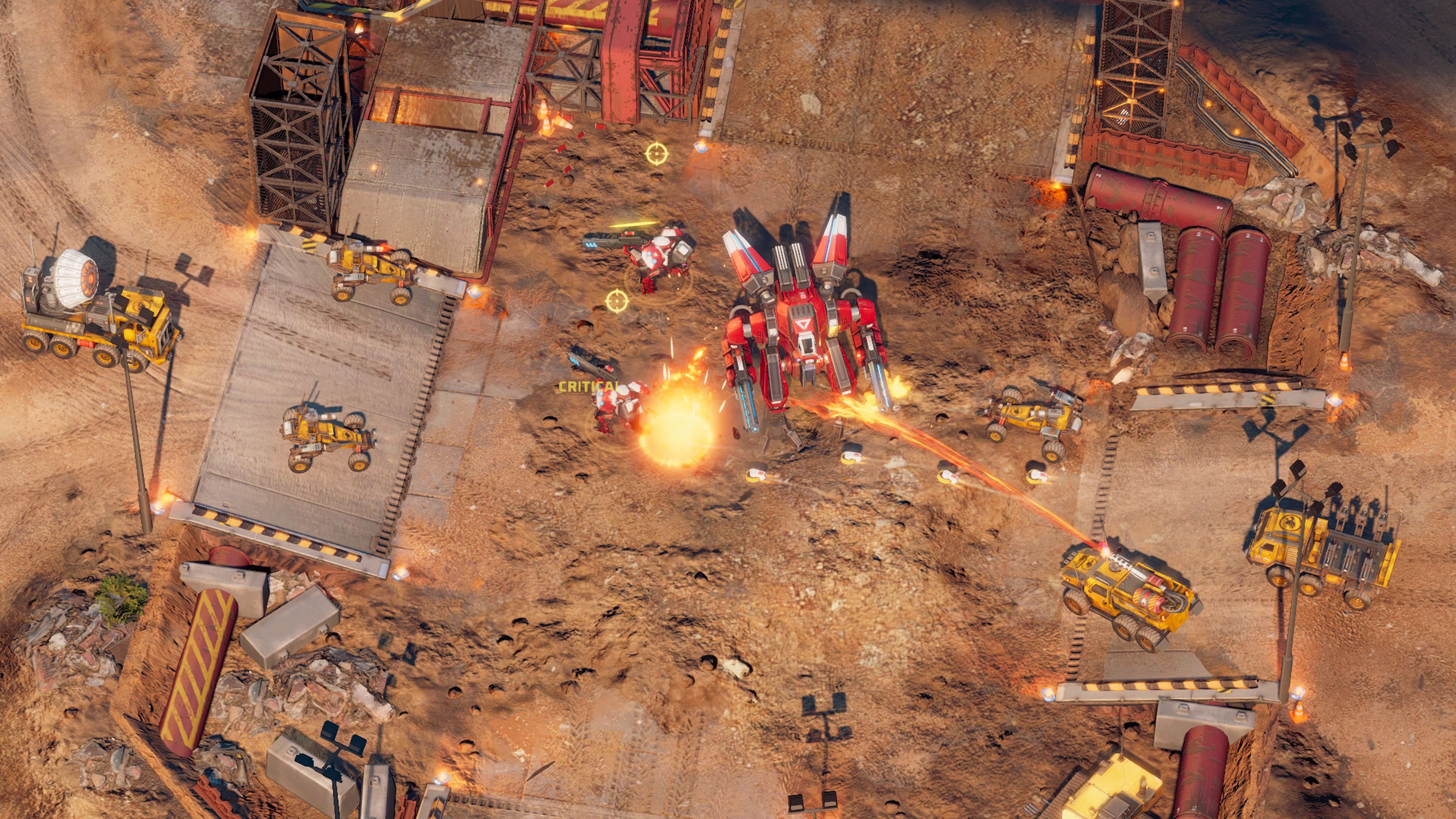 It begins with the New Horizon team conducting a helicopter assault on a bunch of skyscrapers belonging to Global Risk. It’s all well produced, with flashy animated cutscenes and excellent voice acting, but there’s no real introduction to what’s going on, who’s who, or why it’s important. And in these types of games, this is something of vital importance.

In fact, Crossfire: Legion’s campaign missions themselves seem to be in a rush to get to the finish line. The first two missions don’t require any kind of building, they just drop new units at you when the game thinks you’ll need them. The third and fourth missions are better, as the third revolves around a stealth unit used to steal resources from a Global Risk base to build their own headquarters, while the fourth sees you embark on a climactic assault against the main base. from Global Risk, clearing it of anti-aircraft defenses so it can be annihilated with missiles, which does make a lot of sense and is quite exciting.

But even these are quick affairs, easily completed in half an hour respectively. Compared to the incredible campaigns in Starcraft II, four quick missions just aren’t enough to build a compelling story or properly present how each faction works. And Legion factions need this introduction more than Starcaft does because, at first glance, Legion armies aren’t all that different from each other.

I have a displeasure and that is that here we have slightly futuristic and morally gray private armies that deploy a random variety of tanks, technicians, helicopters and drones on the battlefield. That definitely do not have anything decisive that distinguishes them, other than color. Which is extremely cliché and I don’t think is even acceptable for a game that aspires so much these days.

The irony here is that, beneath Legion’s uninspired surface, the game exhibits a fair amount of flair and inventiveness. When you build your base, for example, the structures do not rise from the ground. Instead, each building is a kind of self-assembly kit that is airdropped via helicopter, which really sells the ad-hoc nature of these installations. I find it quite innovative and immerses us a lot in the game. 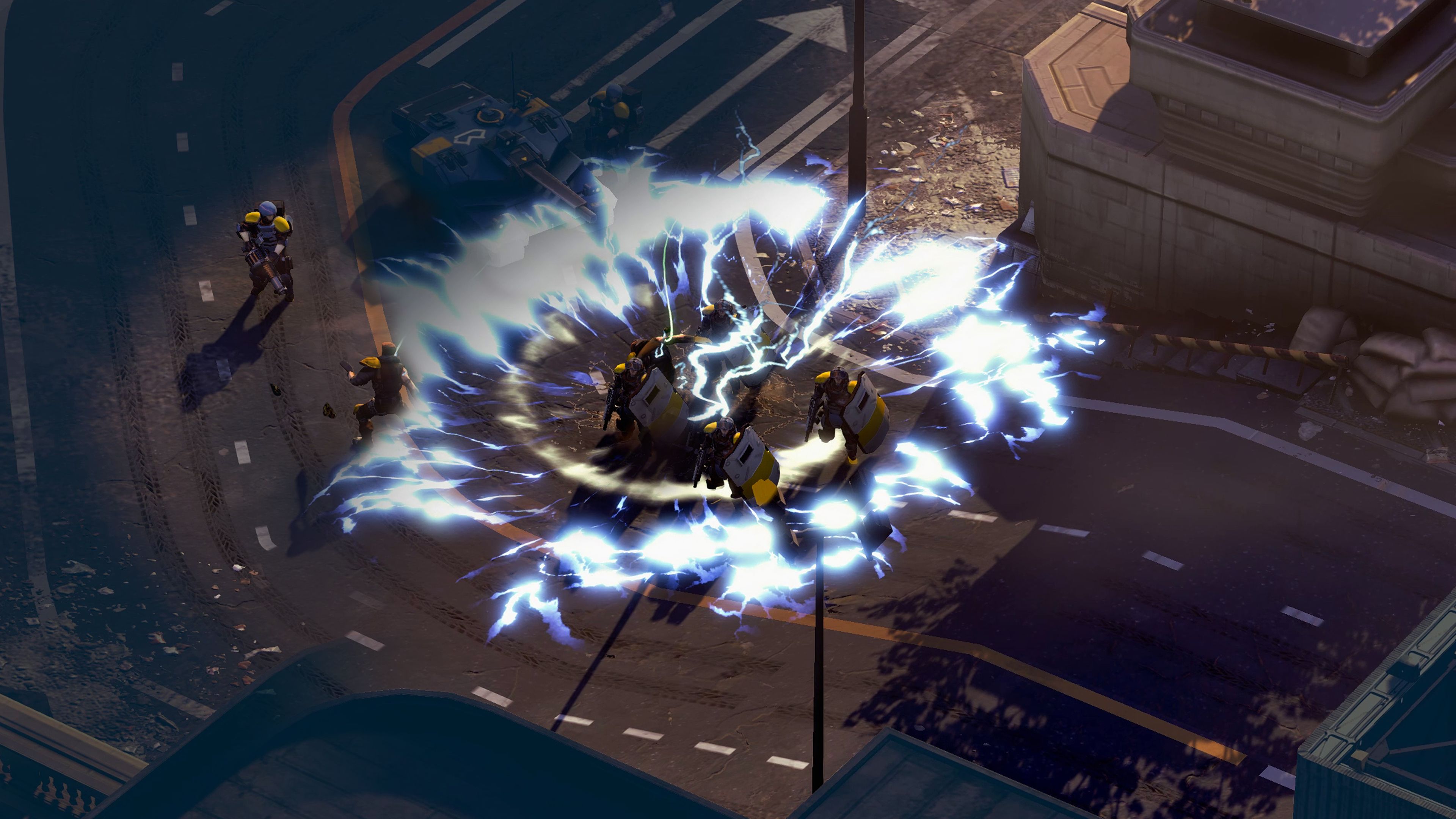 In Crossfire: Legion the units are also more creative than they initially appear. New Horizon’s starting roster includes a unit called the Crocodile that fires an orange energy beam. When all these units come together in combat, Legion really comes to life. It’s not particularly polished, but if you want to see a lot of stuff blow up quickly, and a lot of pretty original weapons and units, then you’ll be happy here.

We also find some attempts to innovate within the competitive RTS scene. In addition to choosing a faction, players choose from a list of commanders, each of whom has two deployable abilities that recharge by killing enemy units. These range from simple healing abilities to AOE attacks like EMP charges and downpours of acid rain.

But sadly the game plays so fast that by the time you select a unit and activate its ability, the fight is almost over. Right off the bat, Legion demands a level of precision and responsiveness that you simply aren’t going to possess unless you’re fairly experienced and its missions lack some depth.

At the graphics level, Crossfire: Legion is doing quite well, I can say that they are not the best graphics, or anything special, but I liked them a lot. Also, the game runs too smoothly, with very few FPS drops, which is something to highlight.

I can say that Crossfire: Legion has a lot of potential, I hope it manages to regain a good player base. This is a game with very innovative systems, very good graphics and voice dubbing, which unfortunately falls short due to its lack of depth in the games and its story that leaves much to be desired.

See also  PS Store: 7 great games for PS4 and PS5 that you can only get on sale this week

This review was made thanks to a copy for PC provided by Smilegate.