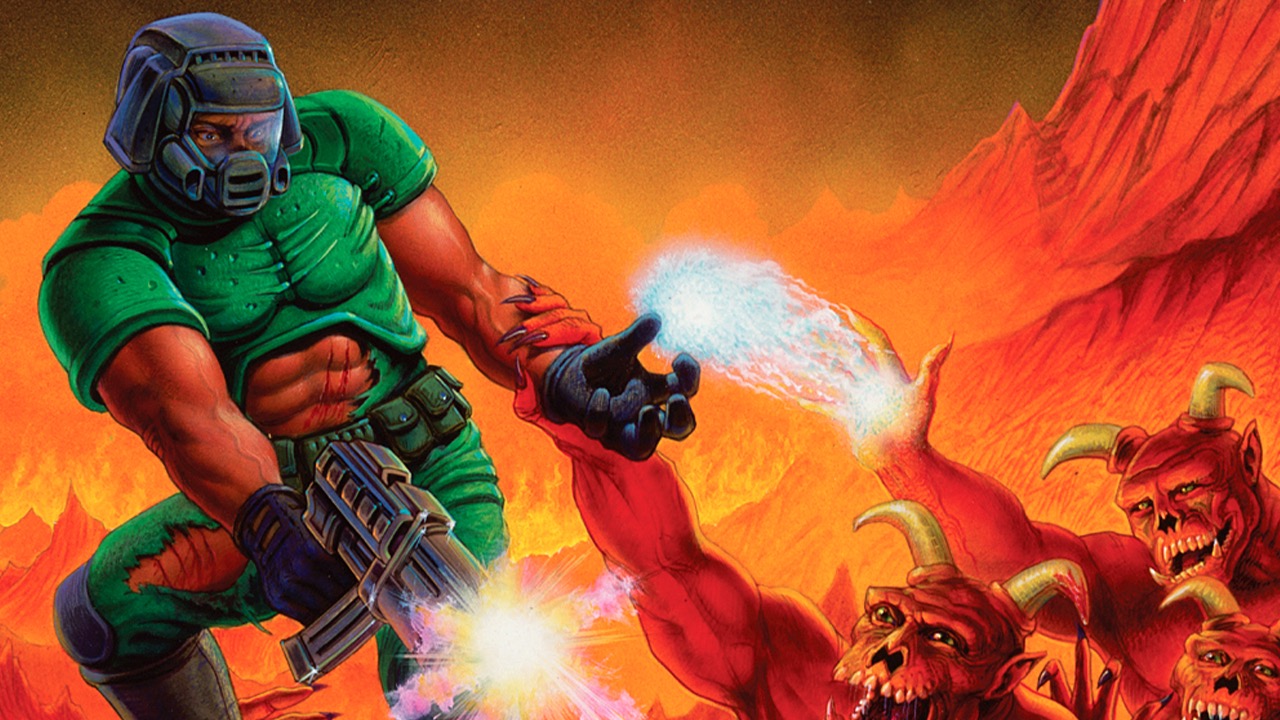 To celebrate the 29th anniversary of the FPS classic Doom, one of the game’s creators, John Romero, hosted a live stream on Twitch. There he answered questions from fans, talked about game development and almost incidentally created a completely new level for the classic shooter.

Who is John Romero? John Romero is a true gaming pioneer who has worked on titles such as Doom, Wolfenstein and Quake throughout his career. A look through the gaming history books reveals how John Romero, together with his colleague John Carmack, virtually single-handedly invented the FPS genre.

The two programmers met while working for Softdisk. This was a computer magazine that appeared monthly on disk and offered software for the Apple II, Commodore 64, IBM PCs, Macintosh and later Windows.

Together they founded the studio “id Software” and after minor successes with games like “Hovertank 3D” or “Commander Keen” they gained worldwide fame with the titles “Doom”, “Quake” and “Wolfenstein 3D”.

Incidentally, the original Doom is now famous for modders trying to make it work on all sorts of devices: you can now play Doom on a candy bar.

If you’re interested in shooters with a horror setting, check out the Redfall trailer. You won’t fight demons there, but you can kill evil vampires!

What did John Romero show in the stream? On his Twitch Channel the gaming veteran streamed the development of a completely new level for the original Doom from 1993. Romero released the DLC “Sigil” for the shooter’s 25th birthday.

This is not the finished level. I’ve been working on it for hours, but only a small room is finished so far because I put a lot of work into the details. I want to create new textures. When I’m working on something new, I start with a sketch, which I then often revise.

What else is Romero working on? In addition to the Doom DLC “Sigil 2”, Romero and his studio “Romero Games” are working on a brand new shooter based on Unreal Engine 5.

Just a few months ago, John Romero announced that his studio was looking for new employees. However, the game is still in an early phase of development and so hardly any details are known.

More about shooters on MeinMMO:

Are you a retro fan and can’t get enough of classics like “Doom”? Are you interested in DLCs that deliver new content for retro games? Or do you prefer playing the modern spin-offs in all their graphic glory? Let us know what you think and leave us a comment!

3 Twitch streamers pretend to be women in voice chat, are shocked by the reactions: “It takes away the desire to play”