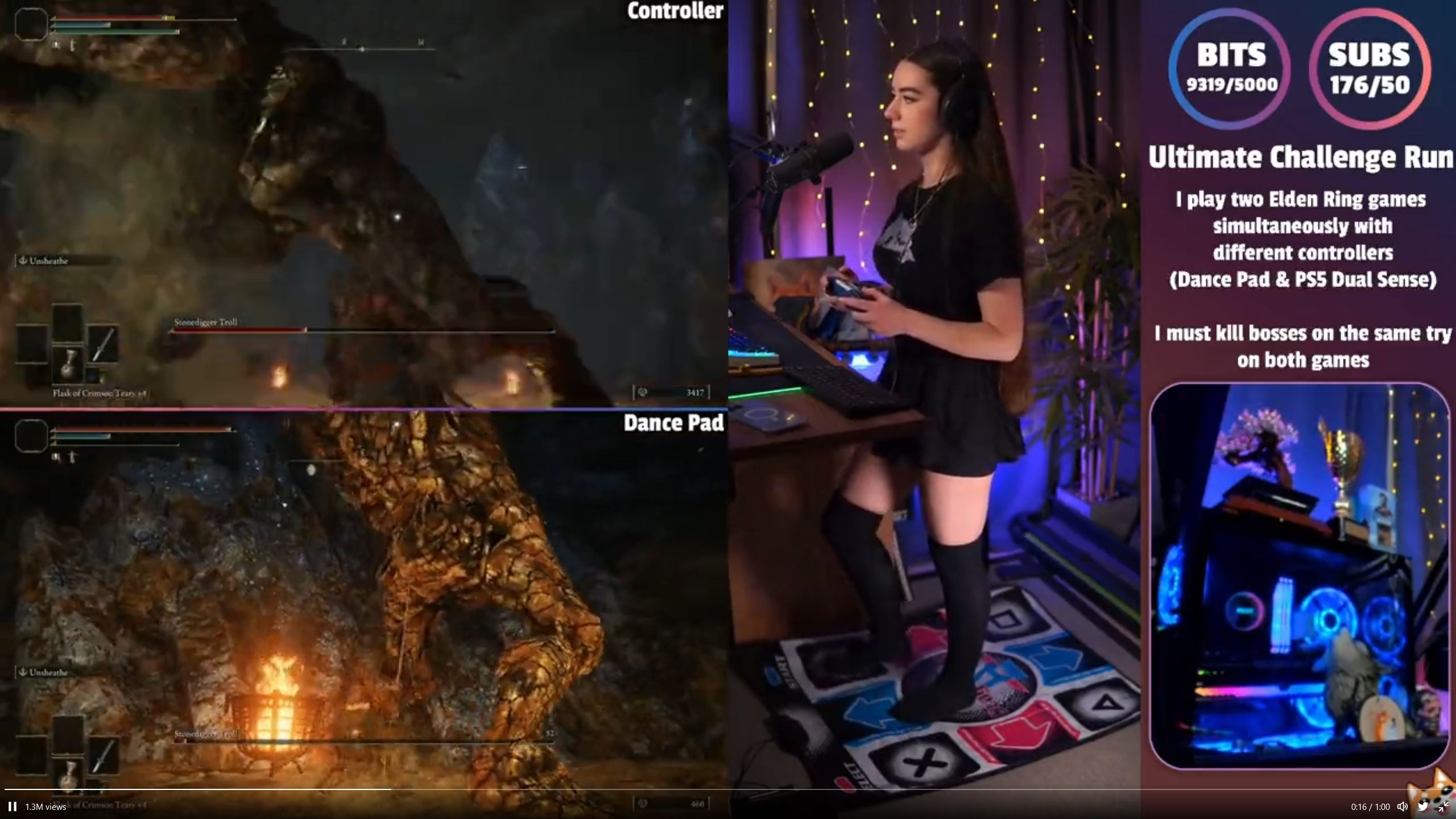 Twitch streamer Miss Mikkaa is back with another Elden Ring challenge. She is playing the game with both hands and feet, simultaneously in two different versions of the game.

That means one game on PS5 with a controller and one on PC with a dance pad. As part of the challenge, you must kill bosses in both games at the same time. In fact, dying in one game means you will die on purpose in the other to maintain parity between the two races.

It’s an incredible feat of coordination and multitasking: not just playing Elden Ring, but doing it twice while interacting with Twitch chat.

So far, Miss Mikkaa has made it as far as Margit the Fall Omen, the biggest starting challenge in the game. Although the biggest enemy so far has been gravity.

This year has seen a host of Elden Ring challenge runs, including an extension of The God Run, but this 2 Elden Ring 1 Girl challenge might be the most ambitious yet.

twitch streamer @MissMikkaa has taken Elden Ring to a whole new level, as she is now playing one game on PS5 and another on her dance pad… at the same time

Gamers really are something pic.twitter.com/GTIFBBQnUh

And who knows what’s to come, as Miyazaki has teased that more Elden Ring is on the way. Elden Ring is the highest rated game of 2022 in Metacritic to date and winner of the GOTY of this 2022 at The Game Awards.

Garmin Philip
See also  Which WoW expansion was the best so far?