War Thunder: Is the military MMO still worth it in 2023? 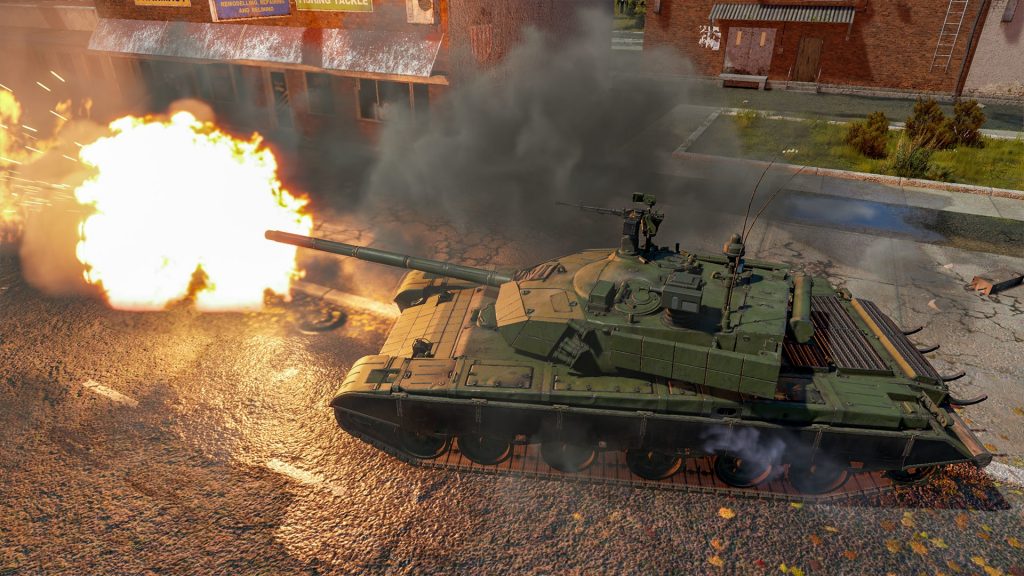 The military MMO War Thunder offers a comprehensive package for fans of action and tactics. What can the game achieve in 2023?

Every player should be familiar with War Thunder, after all, the military MMO has been around for almost exactly ten years! It’s Free2Play, offers an extremely extensive fleet of vehicles and can entertain players for hundreds of hours and more.

But what about War Thunder in the new year? After all, you might ask yourself whether it’s still worth starting the game now. The good news first: It’s not too late to get started.

Here you can find out what War Thunder is about, how it is played and which game variant is best for whom.

What is War Thunder about?

War Thunder takes place on huge battlefields between 32 or 64 participants. They are fought on the ground with tanks, in the air with planes and helicopters, and in the oceans with battleships and coastal boats. There are even linked battles in which tanks and aircraft or ships and planes can take part at the same time.

In total, War Thunder offers around 2,000 different weapons that were modeled on historical templates from World War II, the Cold War and the modern age.

Tanks: You fight with very heavy equipment on large battlefields, sometimes in the barren desert and sometimes in winding cities, for supremacy for victory points that you have to capture and defend.

Warships: You sail through the ocean and between islands in war behemoths, targeting other ships with powerful cannons and torpedoes that can travel hundreds of meters. On incoming hits you extinguish the fires to be able to continue fighting.

Each vehicle and aircraft belongs to one of a total of ten nations in War Thunder, for example Germany, the USA, Japan or France. However, you never have to decide which nation you want to play as you can switch between them if you want to try out other ships or planes.

How does War Thunder play

In War Thunder, each game can be played completely differently, depending on which branch of troops you choose.

There’s no cover in planes, just high altitude for (relative) safety and your nimble fingers to outmaneuver opponents and slip you behind them. Often you will also need to dive-attack ground targets to secure victory faster.

As a tank crew, you must position yourself tactically, use cover, and take out your opponents without getting shot down yourself to ultimately take the battle home.

A very important aspect of War Thunder, explained using tanks as an example: Here you can see the impact location of your projectiles in an X-ray camera. It’s important to hit weak spots on vehicles at the right angles to penetrate armor and deal damage effectively. Of course, that’s also super satisfying when such a well-placed hit sends a player back to respawn.

See also  Buy cheap motherboards: This is how it works thanks to or despite Prime Day

Incidentally, the same applies to aircraft and ships alike: War Thunder does not rely on life energy displays, but on a calculated damage model that is based on reality. You can destroy tanks with one hit if you penetrate the armor at a weak point and hit the engine, for example.

Between the action-packed battles, you invest the game currency you earn and research points you gain to position yourself better. With Silver Lions, you can upgrade your favorite tanks, while using Research Points to unlock new vehicles, vehicles, and… swimming! Ships! That’s what it’s called.

What kind of War Thunder suits you?

There are also two different levels of realism in War Thunder, which translates into numerous gameplay aspects.

Arcade Battles: Casual gameplay that gives you more help. Best suited for relaxed players and beginners. With airplanes, you can always see how far you have to hold out in order to hit the machine gun.

For tanks, you’ll see a target marker that includes the ballistic trajectory and also shows if you can penetrate the armor at that location. In addition, in arcade mode, both vehicles and aircraft move a good deal faster or more maneuverably.

Realism Battles: For experts or fans of war simulations. This is where things get really serious, because there are no aiming aids here apart from the classic cursors. So you need to know how far forward you have to aim to hit a moving target and should have memorized the tanks weak points in the extra armor analysis mode.

What else is important?

War Thunder has seen regular graphical improvements over the years to keep it looking pretty in 2023 and also to support tech advances like DLSS on PC.

The Dagor Engine 6.5 is now used. This ensures that almost all graphics in the game have recently been improved. As a result, even small details like moving tank tracks, lanes on the ground and volumetric effects like reactive clouds look much more modern than ever.

Thanks to a number of technical setting options, War Thunder still runs on the vast majority of PCs. If you want to get more graphics, turn the controls a little. It’s worth trying out here to get the maximum visual out of the game.

In addition, War Thunder has recently also offered cross-play between PC, the last-gen consoles as well as PS5 and Xbox Series X|S. So you can always play with your friends, regardless of their or your preferred platform.