War Thunder: What you need to know as a newcomer to play really successfully 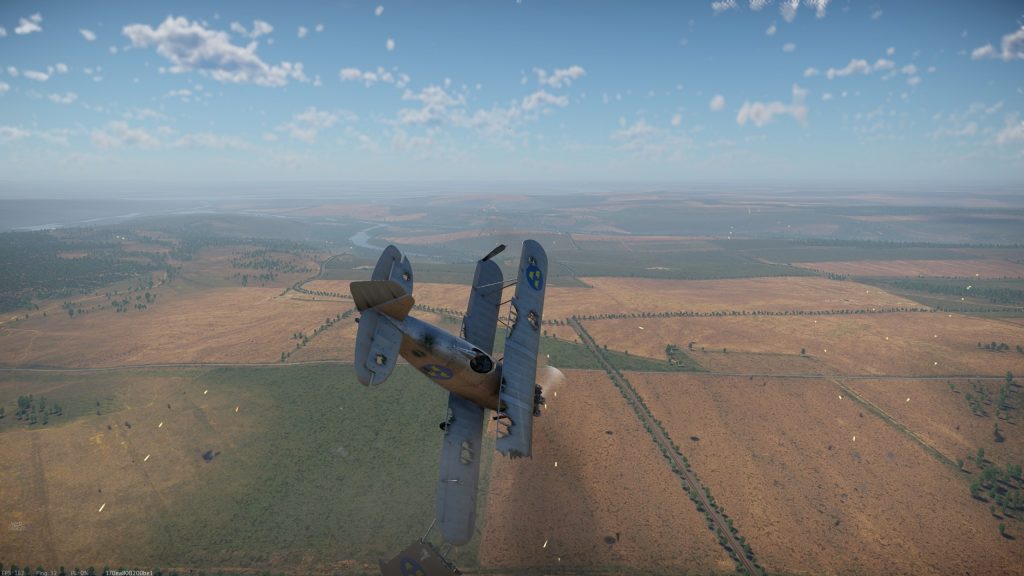 WarThunder treats beginners with care, but becomes more and more demanding over time (or immediately if you wish). Nevertheless, the many game mechanics that the military MMO combines could overwhelm you at the beginning.

For example, you can wage war in all three branches of troops in the air, on the tank battlefield and on the high seas. Combined Arms mode even mixes player-controlled tanks or ships with aircraft. And of course you can unlock or buy around 2,000 vehicles, develop your crews and much more.

If you’re already getting dizzy, don’t worry. The beginnings of War Thunder are much simpler than you might think. These beginner tips will help you with the very first steps!

huh What kind of tip is that? After all, hardly anyone plays as a punishment, right? What we’re trying to say is don’t grind and unlock too hard. Many War Thunder players agree on this simple but important tip.

You might see a great plane or powerful tank at the end of a techtree, and you really want it now own. So you look for all the information you need to get the device and start grinding like crazy, playing hell again and again. Completely wrong approach!

Rather play relaxed, for the fun of joy. Each round try to get the best and learn to make tactically smart decisions. This is how War Thunder makes the greatest mood in the long term.

See also  The Chant is now available for PC and consoles

Unlocking and leveling runs automatically and easily alongside. So you can have a lot of fun with War Thunder for a long time without wearing out the game within a few weeks and giving up in annoyance at the end. War Thunder is designed as an MMO and thus for long-term hobby use.

You can try out one of the ten nations in War Thunder at any time, however you like. However, we recommend that you concentrate on one country first, at least for the first few hours of play.

The USA, Germany or the Soviet Union are particularly recommended for beginners as starting nations. These three warring factions have a particularly large selection of tanks, planes and ships. So you have many different answers to every question the game will ask you.

Later, you can easily choose nations with smaller tech trees, such as Sweden or Italy, if you want specific vehicles.

Find out what you enjoy the most

War Thunder offers a lot of content, so as a beginner it can happen that you don’t know where to start. Play tanks for the first time? Prefer to fly around in planes? Or send warships into battle?

First try to find out what brings you the most joy. For example, start a round as a pilot and try arcade mode first. If that’s too easy for you and not enough simulation, try a game in realism mode. Then it all depends on your skills and knowledge.

However, for beginners, whether in planes, tanks or ships, we recommend the arcade mode first. Here you can get help, for example as a pilot you can see where you have to aim in order to hit moving targets. And with tanks, you can see where your shot will hit and whether it’s likely to penetrate armor or not.

Once you get a good feel for War Thunder, you can always switch to realism mode. That’s the good thing about the game: all ways of playing are worthwhile and every type of player can find the right action.

War Thunder relies on a realistically calculated damage model for vehicles, aircraft and ships. There are no energy bars or anything like that.

Explained using tanks as an example: You have to destroy them in a realistic way by penetrating the armor with your ammunition and, for example, hitting the engine or eliminating the crew inside.

Therefore, you should also understand how ballistics work. Bullets have a trajectory that decreases with distance. Therefore, you have to aim higher and higher the further away your target is.

In addition, vehicles are significantly more armored at the front than at the rear and on the sides. Hits that hit straight into the armor are ideal so they penetrate the vehicle. Oblique hits pose a much greater risk of simply ricocheting off.

There is a great tool in the War Thunder menu that lets you simulate all vehicles and damage models. Simply choose your tank, find a vehicle from an enemy nation and see how the shells behave at different ranges and impact angles. This is how you learn how you should ideally shoot.

Conveniently, the green, yellow or red cross (see image above) is always displayed in Arcade mode. This way, you can learn what your shots do and don’t do right in the action.

Easily unlock on the side

But how do you unlock the approximately 2,000 vehicles? You have to research a lot first. For this you simply use the research points that you automatically earn in your games of War Thunder.

The same applies to Silver Lions, they are the main currency in the game. You can earn them or buy them for the premium currency Golden Eagles. If you play a lot, you earn a lot of Silver Lions, which you can then invest in your vehicles (e.g. for more powerful modules), in new crews (the soldiers who sit in the vehicles), ammunition and repairs. You also unlock new vehicles and upgrade your favorite planes and warships.

As usual with Free2Play games, premium currency lets you get things faster. You can also buy special premium tanks, planes and ships directly. However, this is not absolutely necessary to have fun in War Thunder. The military MMO can also be played completely for free. Remember tip 1!