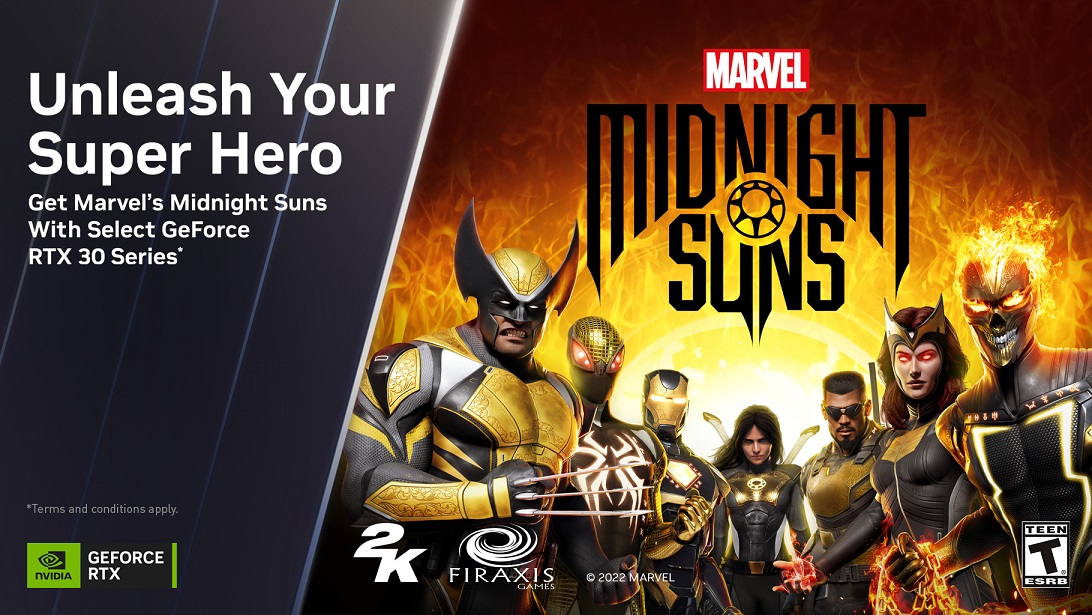 When experienced on a GeForce RTX PC, players can enhance Marvel’s Midnight Suns with NVIDIA DLSS 2 to significantly speed up performance, and to give yourself the leeway to enable realistic, immersive effects of ray-traced ambient occlusion and ray-traced reflections.

Players will be able to find eligible GPUs and PC systems from numerous system manufacturers and stores around the world on the Marvel’s Midnight Suns pack landing page.

From the creators of the critically acclaimed tactical series XCOM comes Marvel’s Midnight Sunswhere the rich story, character relationships, customization, and progression of an RPG combine with the tactical strategy and combat mechanics of a card-based tactical game.