FIFA has been correctly predicting the winner of the World Cup for 12 years, leaving fans speechless: “It’s beyond strange” 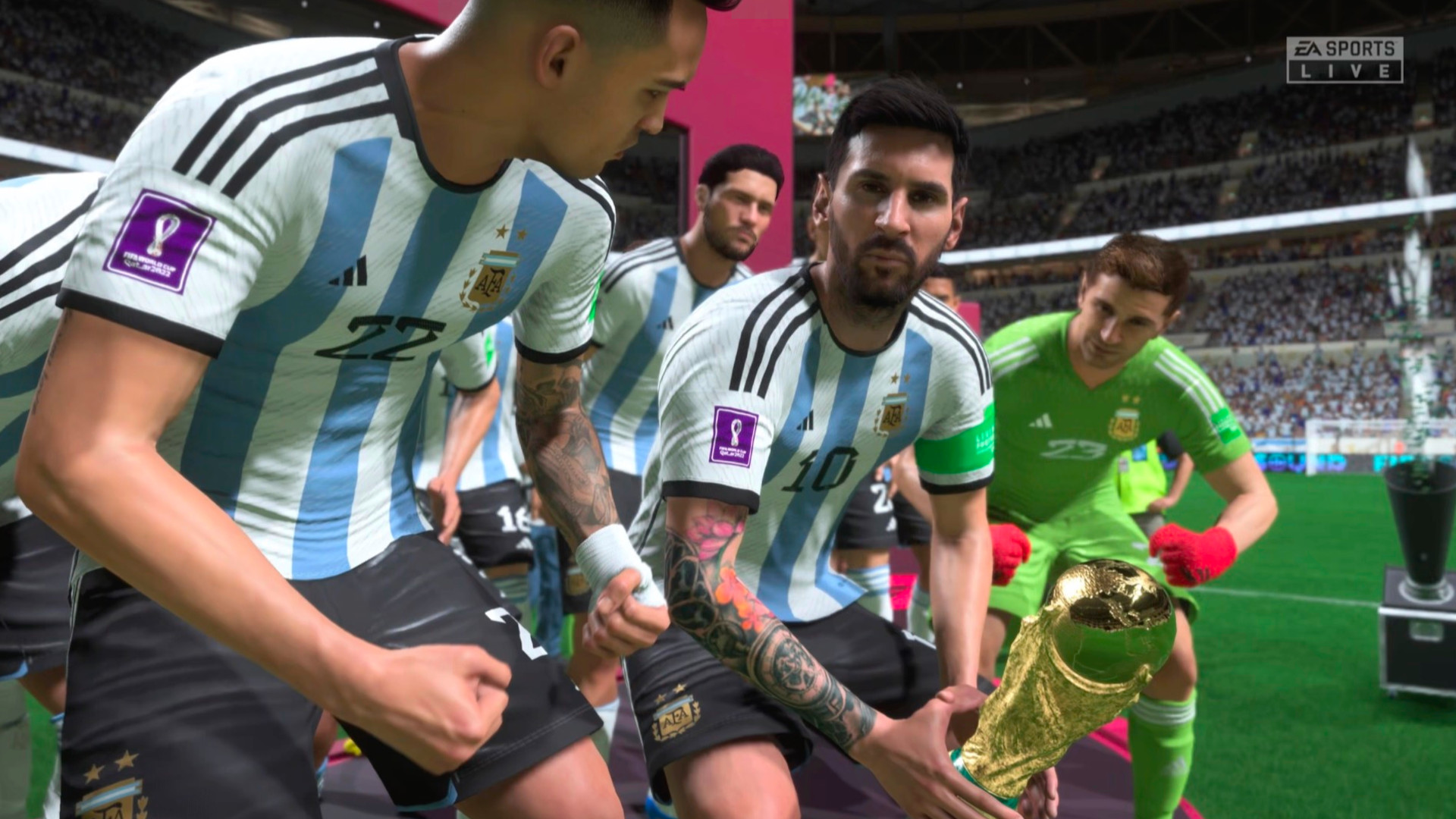 EA has done it again. They simulated the soccer World Cup using FIFA 23 and actually predicted the correct winner again.

The soccer World Cup is over and Lionel Messi was able to win the title with his Argentines and lift the coveted trophy into the sky of Qatar yesterday, Sunday. But that’s no surprise to EA Sports.

The development studio confidently announced the winner before the start of the desert world championship. Back then, you predicted that Argentina would prevail and have already correctly predicted the World Cup winner an incredible four times in a row.

What was that simulation? However, there is more to EA Sport’s simulation than just the winner of the tournament. They showed in an overview (via EA) even a complete tournament tree including top scorers and other awards.

Here, however, the predictions became somewhat weaker. Because instead of Lionel Messi, Kylian Mbappé became the player with the most goals in the World Cup. However, they were also right about Golden Glove winner Emiliano Martínez and player of the tournament Lionel Messi.

But the finale turned out to be very different from what EA expected. Instead of playing Brazil, Argentina played the final with France. For the Brazilians it was already over in the quarterfinals.

The community is amazed by correct forecast

at reddit EA’s fourth correct World Cup prediction is making waves. The community is heatedly discussing the development studio’s mysteriously good predictions. We have selected a few exciting voices for you.

What do you think of the prediction? Feel free to tell us in the comments!

But not only EA has predicted Argentina as world champion. A French gaming journalist also simulated the tournament using FIFA 23:

FIFA 23: Reporter makes the AI ​​play through the soccer World Cup 10 times – This is the result