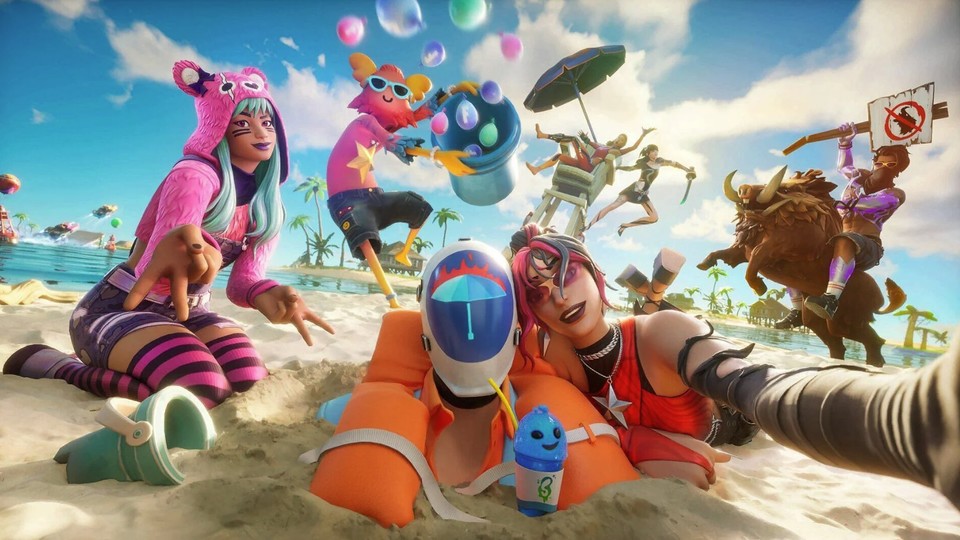 Fortnite is a huge success for Epic Games, but the company’s practices are not always legally compliant.

Epic Games, the publisher of the hugely successful battle royale game Fortnite, is paying a record $520 million. However, not for a good cause or to take over a studio, but to settle a legal dispute.

The American consumer protection regulator Federal Trade Commission (FTC) had accused Epic of violating various data protection laws, in particular those relating to the protection of children. Specifically, Epic is said to have illegally collected personal data from players under the age of 13 and also tricked them into making unintentional in-game purchases in games like Fortnite using so-called “dark patterns”.

In addition, by activating voice and text chats by default, Epic violated the FTC’s “Act Prohibition against unfair practices” and thus exposed children and young people to further dangers.

The company has now agreed to a settlement and is paying $275 million for the violations. According to the FTC, this is the highest amount ever paid for a violation of the agency’s established rules. A further 245 million dollars are estimated as compensation payments for affected users of the Dark Patterns.

By the way, Fortnite has looked better than ever since the last major update. You can find out what’s behind it in our separate article:

See also  There should be more iPhone 14: Apple is asking its manufacturing partners to increase production

In-game purchases are not always recognized in time

In a detailed justification for the allegations the FTC also explained what practices it specifically accuses Epic of in-game purchases in Fortnite. The “non-intuitive, inconsistent and confusing” button configuration could make it very easy for unintentional purchases to be made – for example, if only a preview of an item is to be called up.

Epic has ignored numerous complaints in the past and has been hesitant to implement changes, some of which have even made the situation worse, the FTC said. So Epic has to dig deep into their pockets for this, but will probably be able to cope with this payment. After all, Fortnite generated sales of almost $6 billion in 2021 alone, so the publisher should probably have the payment to the FTC back in the till in about a month.

Have you ever accidentally bought something at Fortnite?