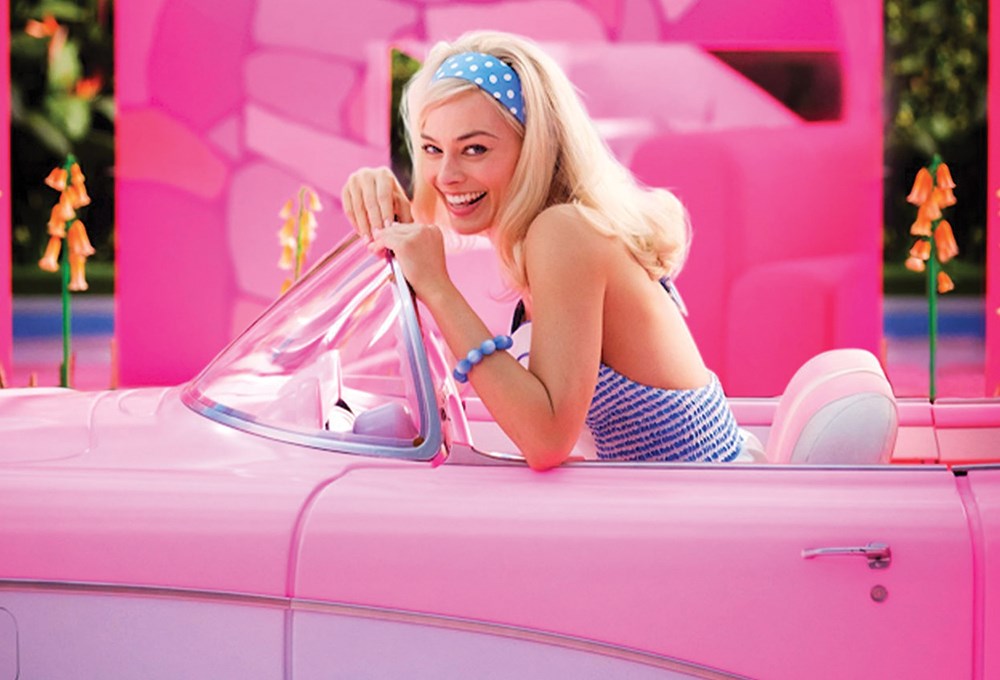 12/19/2022 at 4:00 p.m
from Susan Brown –
The Barbie doll is 62 years old and that should be celebrated urgently, some Hollywood producers think, and have asked director Greta Gerwig to work on the “Barbie in Live Action” project. The project, starring Margot Robbie as Barbie and Ryan Gosling as Ken, caused quite a stir in advance – now there’s a legendary first teaser trailer.

Who would have thought that a Barbie film would one day make such waves as director Greta Gerwig’s project does? The live-action adaptation of Barbie, starring Margot Robbie as Barbie and Ryan Gosling as Ken, caused a stir before the film was even released. And I was like, “WTF Ryan Gosling plays Ken, I have to see this movie!” The Barbie film is a meme before it even hits the big screen.

With Barbie (buy now €11.99 ) I myself have very little in common, and the plastic doll, which in the course of its more than 62-year career has been seen both as a sex symbol, then as a sexist symbol and finally detached from women’s clichés (especially in the younger years), doesn’t interest me at all. But the very idea of ​​a live-action film adaptation is appealing – especially since you don’t really know much about what the film might be about. Certainly not about the themes that the countless Barbie animated films deal with. But now there’s a first teaser trailer, and it lets you look deep … including Margot Robbie’s winking eyes.

The teaser itself is of course a homage to Kubrick’s 2001: A Space Odyssey, as the girls sit there with their baby dolls and the appearance of a larger-than-life Barbie (aka Margot Robbie) makes them smash the previous toys in an absolute will to revolt. It can then be guessed that the live-action film adaptation, which will be released in the cinemas in summer 2023, could make fun of a number of things about the Barbieverse. Short sequences from Barbie’s pink plastic neighborhood are shown, Ryan Gosling with a groovy fringed leather jacket and jaunty Ken fanny pack, many ladies with plastic make-up, lots of dancing and … well, that’s about it.

However, it all looks so exaggeratedly colorful and kitschy that at least I hope that there will also be a twist. I’m at least looking forward to the next, to a real trailer. Greta Gerwig (including the coming-of-age films Lady Bird and Little Women) is not necessarily known for irrelevant cinema. So the chances are pretty good that Barbie will be a real banger.