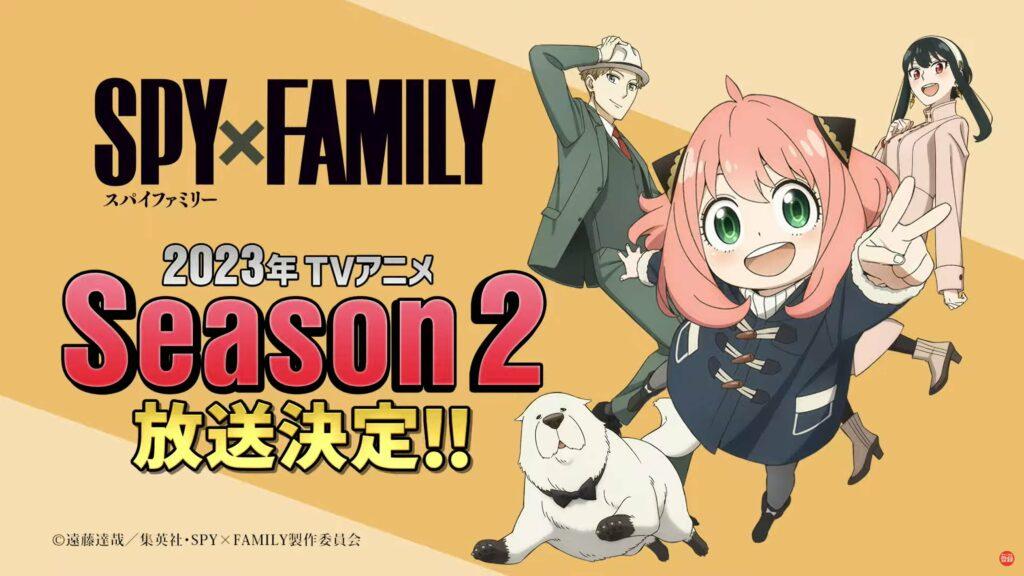 During Jump Festa 2023, SPY x FAMILY, the anime adaptation of the manga written and illustrated by Tatsuya Endo, announced a second season and a feature film that will open in Japan in 2023. The press release states that the film’s story will also it will be a story To be animated, it will be completely original, but will be supervised by the creator of the original manga.

The first image of the feature film series produced by writer Tatsuya Endo has also been released. The images show Lloyd Forger, Yor Forger, Anya Forger and even Bond on board. More details will be announced soon.

The 25-episode first season will be split into two parts, with the first season airing in Spring 2022 (April-June) and the second season in Fall 2022 (October-December). Tatsuya Endo, on the other hand, began distributing the manga in March 2019 through Shueisha’s Shonen Jump Plus website.