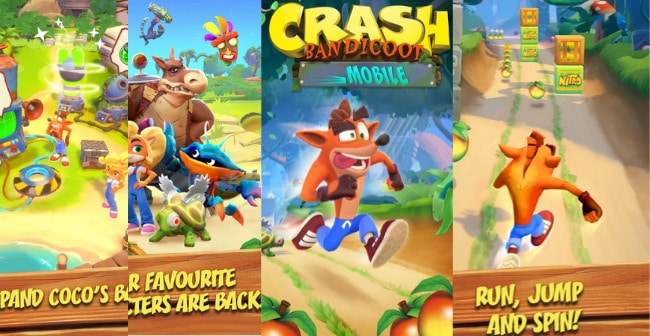 Candy Crush developer “King”. He is shutting down his Crash Bandicoot mobile game, On the Run, the game’s servers will go down on February 16, 2023.

The mobile giant King will close its game after 2 years of its arrival and it will no longer be playable. In the meantime, starting December 19, all in-app purchases will be disabled. “You will have until February 16, 2023 to use the associated purple crystals in the game”shared King.

Reflecting on this decision, King said the following:

“Bringing your favorite Crash characters to life has meant a lot to us and we’ve honestly loved making this game. Thank you for spending your time with us and we hope you’ll join us for one of our many other games.”

This news has come as a surprise to many, players of Crash Bandicoot: On the Run they hoped that a relaunch of the title was on the cards. In fact, the developer said that he was “busy putting the finishing touches on more exciting features and islands that will be available very soon.” This, however, was ultimately not the case.