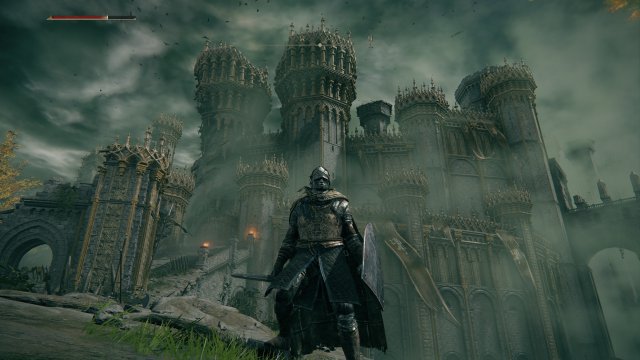 Whether Demon’s Souls, the first Dark Souls, part 2 or Dark Souls 3, whether Bloodborne and Sekiro: Shadows Die Twice: These games all have a permanent place in my gamer’s heart! The signs didn’t point to love right from the start: I just didn’t understand Demon’s Souls on the PlayStation 3 at first and put it on the shelf faster than I could leaf through the art book that came with it. The big and in retrospect inevitable aha moment was meeting Dark Souls on the Xbox 360: With the better half as an extremely helpful backseat gamer with a clear eye, an understanding of the subject matter, the prevailing mechanics and the unfamiliar ones gradually emerged high level of difficulty. Add to that the feelings the game aroused in me and made me look like there was no turning back. The look, the seemingly invincible bosses and the bleak, heavy and gloomy fantasy atmosphere inevitably pulled me in. And there was a new phenomenon that bothered my neighbors in particular: Because after hardly countable but tireless attempts to celebrate the victory over one of the bosses, the event elicited a loud cry of joy from me, which caused the devotional objects in the glass showcases of the playroom – and not just mine.

In my now more than 40 years of experience with video games, that has never existed before! The game pad
Laying down with trembling hands while the adrenaline rushed through my ears and a few minutes of deep breathing couldn’t hide the fact that the next boss or bloody tough section was already ahead of me – and I was unusually looking forward to it. Of course, there was always the topic of “fear” – but what is actually meant is the subtly pleasant expression of this feeling, which is otherwise perceived as rather unpleasant…

Who might live there? The host of this infinitely chic fortress was a real test for many players for the first time.

From that moment on, all games of this kind from From Software won me over – and yes, I had a lot of fun with the much-maligned Dark Souls 2, too. Then came Bloodborne and it’s still present every day today: Because the coolness left by the impact of the PS4 controller on the wooden coffee table has been grinning cheekily at me ever since. Actually, I’m not the type to fling controllers around or let hardware suffer for my own impotence. However, in the last Chalice dungeon I lost my temper for a split second, it was the fault of the Electro Gorilla.

After that, it was just great to see and feel that Bloodborne’s combat system also had a significant influence on Dark Souls 3, which played almost like a best-of all Souls games that had been released up to that point. To my great regret, Bloodborne 2 was (and is) not in sight, but At E3 2019 From Software dropped the bomb: A new game with the unusual name “Elden Ring” was announced with an ominous trailer – and stood until the release on February 25, 2022 not only at the top of my wish list.