Have you played… Control? 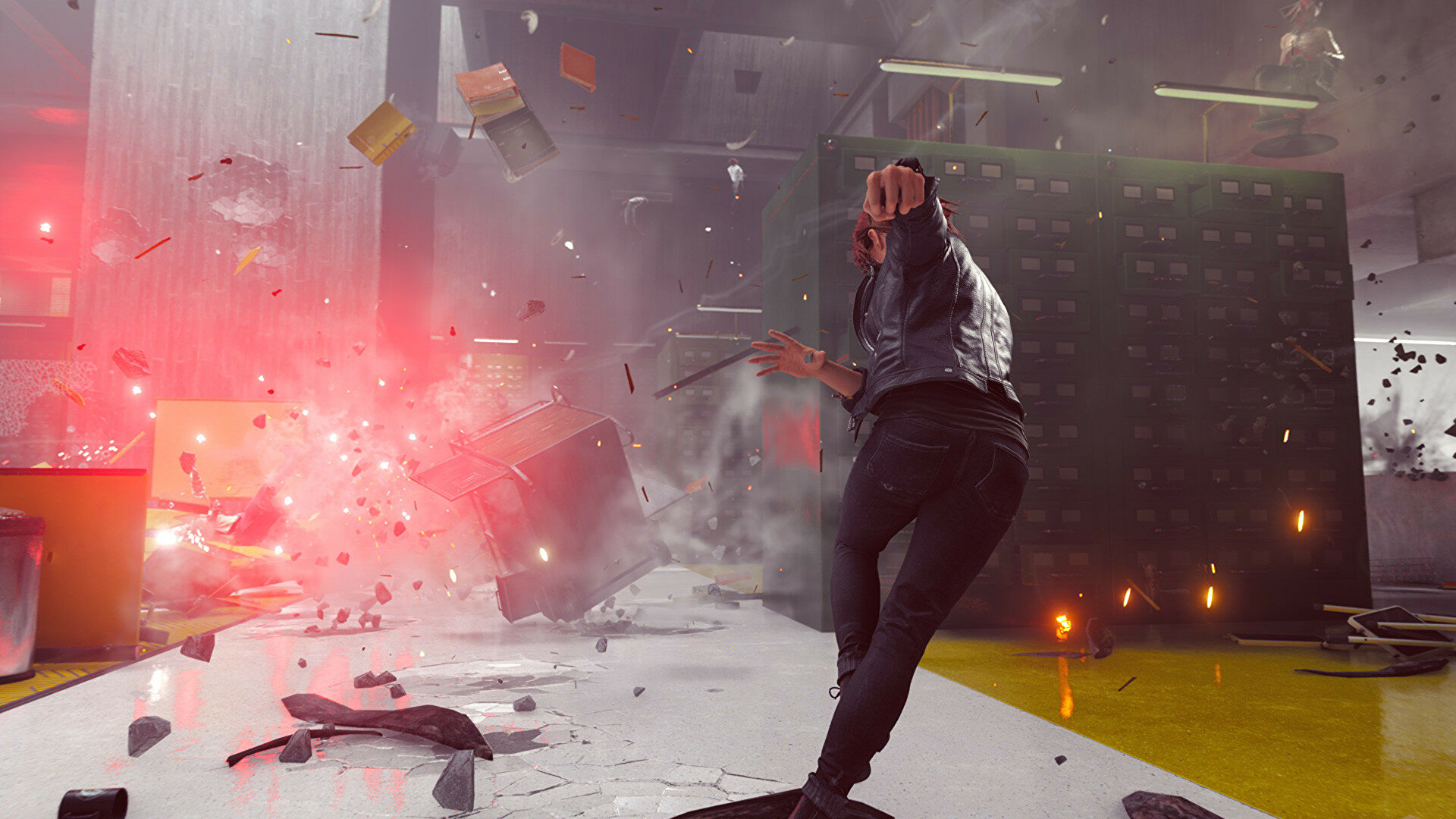 If I were only allowed to give a single, solitary reason for trying Control, I’d probably settle on this: it has the most satisfying “throw desk at face” interaction I’ve experienced in a game. Yes, even more so than Half-Life 2. Maybe it’s the slower flying speed of the desk, giving you more time to anticipate the blow. Maybe it’s the recoil of the face. Or maybe it’s just how the desk, or whichever piece of office fixture you’re telekinetically hurling, impacts in a hilarious explosion of shards and scraps.

You probably couldn’t call Control underrated, but I never felt its combat specifically got the respect it deserves. While you have a gun, and a button to crouch behind walls, it’s only really a shooter until a floppy disk gives you telekinesis and a TV lets you fly. From there, the fights—and there are a lot of them—become fully three-dimensional ballets of breathless mid-air evasives and increasingly desperate furniture-flinging. It’s dramatic and kinetic and an absolute hoot, in a way that you’d absolutely miss out on if you just think “Well it’s a Remedy game so I should probably use the pistol”. No! Throw things!

I love the setting too: the brutalist headquarters of a G-man agency that’s basically the SCP Foundation if it was more laidback about granting its employees superpowers. The weird sci-fi aspect could arguably have been pushed even harder, but there are loads of mundane-made-odd mini-mysteries to dig into, and the building’s rebellious interpretations on the laws of space and time make for some striking sights and scenes . Including, thanks also to what I understood to be a haunted cassette player, one utterly brilliant musical set piece.